For a couple of years I heard comments about a book I was not eager to read. The book’s title put me off: it is called Profscam. The subtitle tells us more: Professors and the Demise of Higher Education. The author of this book is Charles J. Sykes. and it was published by St. Martin’s Press of New York in 1988.

Of course I have also been known to utter some criticisms of higher education in my day, but since I am in the ranks of the professors myself, I did not look forward to being told that what we as professors do to earn a living is basically a scam. EventualIy I managed to “screw my courage to the sticking point” as Shakespeare would say, and find out what the book had to say.

It turned out to be a rather intemperate book, summing up and repeating many common complaints about higher education. Much of what Sykes says is on target, but on the whole I cannot recommend his book as a good introduction to problems in higher education. 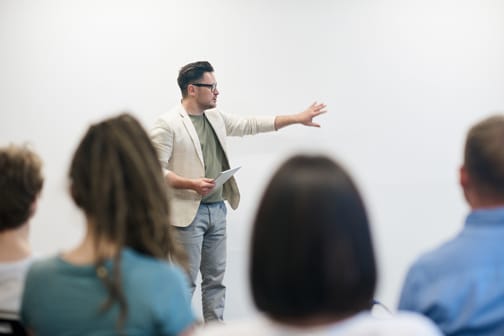 One of the major points in the “bill of indictment” (Sykes uses this term on p. 8) is the charge that when students get to university and pay their tuition, the prof is nowhere to be found. The “absentee professor,” as Sykes calls him, is off “doing research,” or teaching the graduate students, or attending to non-teaching activities such as “consulting.”

After you have heard so much about the distinguished faculty at the state university. it turns out that many of the instructors you get once you sign up to study there, are other students not much older than yourself. And some of them are from parts of the world where English is known only as a second language: the result is that many of the graduate students who do the teaching often cannot be understood clearly. This is true especially of Asian graduate students who are present in great numbers in the universities today.

I know from my own experience that there is considerable truth to what Sykes has written on this score. When I was an undergraduate, I studied at Calvin College, and the well-known members of its faculty indeed served as my teachers. I only recall one occasion when I took courses taught by students (first-year Greek, for which our “prof” was a Calvin Seminary student). But not long after leaving Calvin I got my initiation to teaching as a member of the army of graduate students who carry so much of the load at universities. I was a mere 24 years of age, but there I stood before a class of undergraduates at the University of Toronto. It was not any scholarly eminence on my part that had qualified me for teaching at this distinguished university (I had just barely completed the M.A. program myself), but simply the fact that I was enrolled in the university’s Ph.D. program. I had asked for financial aid in the form of a part-time teaching job, and I got it. That year I taught a course in philosophy of religion about which I do know a thing or two, and a course in inductive logic about which I know very little.

I am happy to report that the Sykes indictment about the professors being nowhere to be found does not apply to our Reformed Christian liberal arts colleges. Those who are hired to teach actually do so. There is also some teaching done by part-timers,but on the whole the students are well served as the colleges make their best qualified instructors available to the students.

Part of the Sykes indictment is that the “research” carried on by professors is generally not worth the money which universities spend to make it possible. Teachers should stick to teaching, he maintains. This complaint on his part is harder to answer. Part of the difficulty is that the term “research” is here applied to a very broad range of non-teaching activities in which professors engage. The question “What do professors do? (when they’re not teaching their classes”) is not an easy one to answer.

When it comes to Christian colleges like Redeemer and Calvin (the two I know best), it is helpful I think, to speak of “professional activity” instead of “research.” Now there are some professors who do research in the conventional sense and eventually publish some of their findings in the manner prescribed in the academic discipline or scientific tradition in which they work. But many engage in other sorts of activities, which sometimes go beyond—and may even be largely unrelated to—their professional competence and teaching responsibilities. I do believe that such activities enrich their teaching in a general way and set an example for students as to what educated members of the Christian community ought to be doing with their time, but they are hard to justify in terms of the traditional language of research.

At Redeemer we have a professor who has written a novel as part of his professional activity. Another has recently come out with a compact disk (CD) of organ music. A number of us are busy with church work of one sort or another: much of my own time, of late, goes into the work. of promoting church union and better understanding between Reformed believers in separate church communities. Some serve the Christian school movement on a local level and perhaps on a wider scale as well. There are professors who engage in business-related activity, and one is active in the local community on environmental clean-up concerns and projects. Because Redeemer College pays a full-time salary to all these professors, it is somehow supporting all these activities.

Are all the things these professors do worthwhile? Some projects fizzle of course, and there are some initiatives or endeavors which members of the college community might regard as ilI-conceived (perhaps even my efforts at Reformed ecumenicity). But it belongs to the academic freedom of a professor to involve himself in projects and activities of his own choosing. Many potentially worthwhile projects are of such a nature that one has no guarantee of success at the outset.

Because a professors reappointment—and especially his promotion to a higher academic rank—are dependent in part on his extra classroom activities, there does need to be some way to assess success and failure. And this is where publication, as a sign of completion and acceptance enters the picture. Sykes, like many other writers on higher education, complains about the “publish or perish” syndrome. He realizes that too much material is being produced with the result that much of it languishes virtually unread.

The “publish or perish” policy means that one must publish, some scholarly or academic material in order to be considered in good standing when being reviewed for reappointment and for promotion to a higher rank. Not all publications count. In my own institution there has been considerable disagreement on this score and a fair amount of discussion of the issue in recent years. For example, does it count in one’s favor to publish such an article as this in a paper like The Outlook? Some would say yes and others no.

The general idea is that one ought to publish material that would be of interest to people in the secular universities where there is (to stick to the examples used earlier) little interest in Reformed ecumenicity or Christian day schools. Of course it is not easy to assess objectively whether a given book or article one may have published really is of interest in such circles. And so the process becomes one of adjudication: confidential recommendations are solicited from people called “referees.”

I am among those who question whether the procedures used in such colleges as Redeemer really serve the interests of Christian education in the long run. We have a marvelous slogan at our college: “Learning is for serving.” And we apply it to the non-classroom work or our professors. But because Christian service is so often of an anonymous or behind-the-scenes nature, it is not easy to be well informed as to what the professors at our college are about, or, in the case of publications, whether the things they write are being read and found helpful. What happens in practice is that the candidate for reappointment and/or promotion must make the case for the effectiveness of his own work. In effect, he is asked to act contrary to what we read in the book of Proverbs: “Let another praise you, and not your own mouth” (Prov. 27:2).

What do professors do? Quite a number of worthwhile things. as far as I can tell. But we need to broaden our conception of appropriate Christian professional service. Some of our professors are done an injustice by the procedures and criteria we now use to monitor and reward non-classroom work. And a second result is that we gear our activities and values too much to the conceptions of re-search and knowledge that are prevalent in the secular university system.

We have established separate colleges and universities because we mean to be different. We should then let our distinctiveness come out in the work we encourage our professors to do outside the classroom, and in the way we evaluate their contributions to the Christian community. If learning is for serving, we must ask who it is that we seek to serve. The answer, of course is that we wish to h serve the Lord. But what does it is mean more concretely? In my judgment it means meeting some of the needs of His people, His church, His kingdom. Service to a largely secular academic community should be a lower priority for us. Let’s apply what Paul writes: “so then, as we have opportunity, let us do good to all men, and especially to those who are of the household of faith” (Gal. 6:10).