Do you have, in the sixty-six books of your Bible, all that you need to know for your salvation? Do we as churches have all that we need to worship God publicly as a congregation? This is the issue before us this issue as we look at the Belgic Confession, Articles 6–7.

The Sufficiency of The Inspired & Canonical Books

Article 7 speaks of the “sufficiency” (Latin, perfectione) of the Holy Scriptures. The context of the Confession was with the Roman Catholic Church, and its insistence that we could only know what to believe for salvation and what to do for worship in the Scriptures and the tradition of the Church. Reformed Christians say that the Scriptures are sufficient, complete and clear, in terms of what needs to be believed to be saved, and what we are to do in worshipping the One who has saved us.

Article 7 begins by speaking of the sufficiency of Scripture for salvation, saying, “We believe that those Holy Scriptures fully contain the will of God, and that whatsoever man ought to believe unto salvation is sufficiently taught therein.” Recall what Article 2 said about God’s revelation in the written Word: “He makes Himself more clearly and fully known to us by His holy and divine Word, that is to say, as far as is necessary for us to know in this life, to His glory and our salvation.” Article 7 continues to speak of the Scriptures sufficiency for our worship by saying, “For since the whole manner of worship which God requires of us is written in them at large…”

We live in an age in which American Christianity has become in many respects like the Roman Catholic Church. Scripture is not seen to be sufficient for our theology and for our worship. After all, where are we told to pray the “Sinners’ Prayer” to receive salvation? Where are we commanded to introduce “visual sermons” in the form of drama and multimedia presentations? These and many other things have more in common with Rome than with Protestantism.

Keep in mind that when our Confession speaks of Scripture being sufficient, it is not saying that it tells how to do everything. It is sufficient in telling us what to do, or not to do, to be saved, and what to do, and what not to do, to worship God. It does not tell us all there is to know about parenting, science, art, music, history, etc. So where Scripture speaks on salvation and worship, let us be bold; but where it is silent, let us be silent. 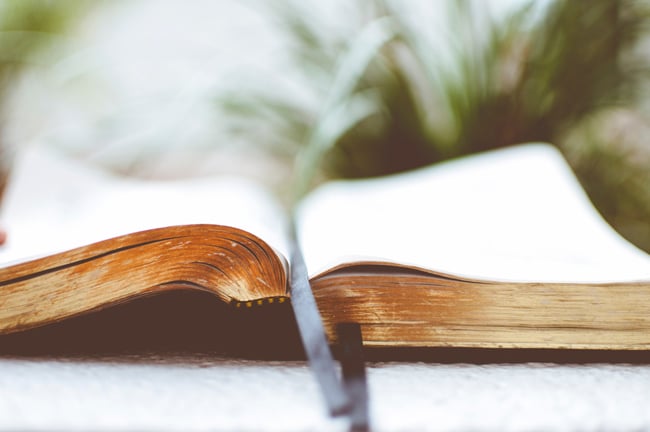 What About the Apocrypha?

Are the books of the apocrypha a part of the sufficient Scriptures? Article 6 lists these books and deals with this question. Our English word “apocrypha” comes from the Greek word apokruphos, meaning “hidden” or “secret.” We as Reformed Protestants do not accept these books as inspired and canonical because their authorship and origin are hidden and secret.

Who wrote these books? We don’t know. All we know is that they were written sometime between

Why were these books included in the Church’s Bible? The Jews who translated the Hebrew Old Testament into Greek (the Septuagint) included them. And when the Church Father Jerome translated the Septuagint into Latin, he included them as well. As a result, they came to be accepted by the Church of Rome, without any questions asked. Thus Rome said at the Council of Florence (1438–1455) that they were inspired by God, and at the Council of Trent (1545–1563) that they were a part of the canon of Scripture, and that anyone who rejected them was anathema!

The Reformers, on the other hand, rejected the apocryphal books, seeing them as uninspired and not part of the canon. There are several reasons why.

First, the Jewish Church never received them as canonical. To Israel was entrusted the “oracles of God” (Romans 3:2), the word of God of the Old Testament. The apocryphal books were not included because they were not written by the prophets. These books came after the period of the last Old Testament prophet, Malachi; and they were not written in the prophetical language, Hebrew (cf. Josephus, Against Apion 1:39-41; Augustine, Psalms [NPNF 8:132]).

Second, neither the Lord Himself nor the Apostles ever quote from them. Look it up yourself. As well, the Lord divided the Old Testament into the Law, Psalms, and Prophets (Luke 24:44), not Law, Psalms, Prophets, and Apocrypha.

Third, they were not received as canonical in the ancient Church. Most of the Church Fathers were readers of Greek only, and not Hebrew. Thus they used the Septuagint as their Old Testament. But their opinion of these books was the same – they were not a part of the inspired canon. For example, Rufinus’ treatise, On the Creed, written between 307–309, testified of the Church Fathers’ attitude toward these books, saying, “all of which they would have read in the Churches, but not appealed to for the confirmation of doctrine.” And Athanasius said in 367, “But the former [the Old and New Testaments], my brethren, are included in the Canon, the latter being merely read.”

The Reformers, as we said earlier, followed the belief and practice of the ancient Church. An example of how they did this was in the Dutch Bible, the Staten Bijbel, from the Synod of Dort. In this Bible the Apocrypha was placed after the end of the New Testament, in small print, and with the disclaimer: “because they are not canonical, they are not to be read publicly in the congregation.”

Fourth, the apocryphal books contain historical inaccuracies, fanciful tales, and false doctrines. For example, the book of Judith calls Nebuchadnezzar the king of Ninevah even though Ninevah was destroyed years before Nebuchadnezzar. The book of Wisdom describes Olympic-style athletic contests in the time of Solomon although they didn’t exist until the Greek Empire. The book of Bel and the Dragon contains my favorite children’s bedtime story, in which Daniel proves that the king’s god wasn’t eating the food that was offered to it, but instead a fierce dragon was the culprit. Daniel then slew the dragon not by might, not by power, but by indigestible cake!

Finally, these books contain teachings which are in direct conflict with the Biblical faith, such as an unbiblical view of women, salvation by works, and in Tobit, the angel Raphael gives magical directions for driving away the devil by the smoke of a fish’s liver while he accepted prayers offered to him.

How is this applicable to us? In addition to our conversations with Roman Catholics, we learn by our Confession that we need only the Word of God read and preached in our churches. Where I live, mega-churches are constantly sending out mass mailings, advertising upcoming sermon series through Max Lucado’s books, through Dr. Laura’s books, and through topics like stress, being a good dad, and being financially wise. Paul rebukes these churches, saying, “Even if we, or an angel from heaven, preach any other gospel to you than what we have preached to you, let him be accursed” (Galatians 1:8).

There is good tradition, and there is bad tradition. We speak often of the “Reformed tradition” or the “tradition of our church.” But what the Confession wants us to be aware of is the kind of tradition that adds to or takes from the inspired word of God in terms of how we are saved and how we worship.

Who would ever do such a thing? The Roman Catholic Council of Trent, in Session IV on April 8, 1546 decreed that

this truth and discipline are contained in the written books, and the unwritten traditions … [the Synod] following the examples of the orthodox Fathers, receives and venerates with an equal affection of piety and reverence, all the books both of the Old and of the New Testament – seeing that one God is the author of both – as also the said traditions … But if any one receive not, as sacred and canonical, the said books … as they are contained in the old Latin vulgate edition; and knowingly and deliberately condemn the traditions aforesaid; let him be anathema.

Reformed Christians do not hold to sinful traditions such as the veneration of the saints, the adoration of the Eucharistic bread, or bowing before a crucifix. But do we still have a tendency to add to God’s word with our traditions? Many Reformed churches today insist upon extra-Scriptural traditions such as bringing in crosses for the Good Friday service, the lighting of Advent candles, displaying banners in the sanctuary, never changing the Order of Worship, and praying in King James English only. Do not be fooled. Even these seemingly sincere practices can become idols. How can I say this? Just take these things away once and you will hear just how idolatrous we have become. The Confession says, “Therefore we reject with all our hearts whatsoever does not agree with this infallible rule.”

What we need is a revival of our confidence in the sufficiency of God’s Word for salvation and for worship. We do not have to soften the message of salvation for our unsaved neighbors, by telling that “God loves you and has a wonderful plan for your life.” We do not have to change our worship services to accommodate the so-called “seeker.” Let us speak the truth in love – you are on the way to hell, so repent and believe in the Lord and you shall be saved. Let us worship in Spirit and truth, knowing that God will seek worshippers. And if we have to, let us as pastors, elders, and saints, re-reform our own theology and practice and that of our churches. It will not be easy, but it will be worth it.

1. To what extent does the Confession say the Apocrypha is valuable?

4. Is Scripture equally sufficient for every endeavor in life? (cf. Westminster Confession I, vi–vii)