The Reformed Faith is catholic in the truest sense of the word. This was one of the purposes of the Belgic Confession, namely, to express that the Reformed Faith was nothing less than the Faith of the ancient Christian Church. This catholicity is expressed in no better way than in the doctrine of the Trinity.

Article 8 of our Confession explains for us that most mysterious and central doctrine of the Christian Faith, the Trinity. Let us take a historical look at this doctrine before delving into the meaning of this doctrine. 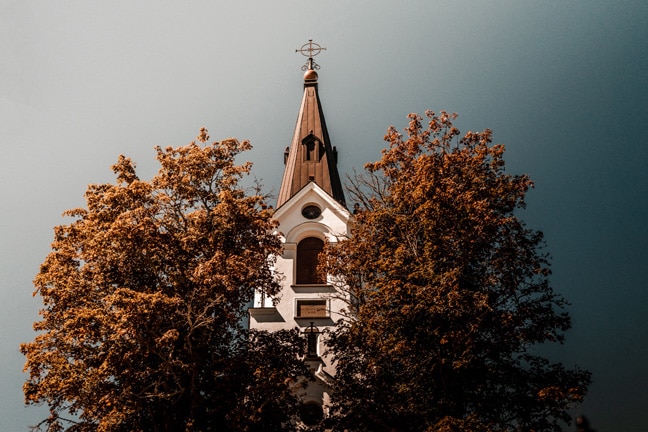 The Struggle of the Ancient Church

The great question in the early church up to the Council of Nicea was “how do we explain the nature of God?” The Latin Church Father Tertullian first used the term “Trinity” (Latin, trinitas) around the year 200. The word itself did not solve all controversy, as the problem of reconciling seemingly contradictory Biblical data was still there:

“How can there be One, yet Three?” Several answers were given to resolve this question:

• Adoptionism, which claimed that the man Jesus was “adopted” by God to be His Son at His baptism. This was the view of Paul of Samosota.

• Docetism said that the eternal Logos only appeared (Greek, dokein) to be the man Jesus.

• Tritheism, stated that there are three gods.

• Modalism believed that there is only one God, but that He has revealed Himself in different modes: in the Old Testament He was the Father, in the New Testament He was the Son, and after Pentecost He is the Holy Spirit. This was the view of Sabellius, and is sometimes called Sabellianism. It is also called Patripassionism, because if the one God simply reveals Himself in three ways or modes, the One who died on the cross was the Father (Greek, patros).

• Subordinationism claimed that the Son is somehow an inferior “god” to the Father, subordinated below. This was the view of Arius.

Arius was a tall, powerful preacher, who attracted a large following. He was trained for the ministry in Antioch, but ministered in Alexandria, Egypt.

The Bishop of Alexandria, Alexander, heard that Arius was undermining the teaching that Jesus Christ was truly God. One of the popular slogans of Arius’ followers was, “There was when he was not.” Jesus had a beginning, was the conclusion. Those whom we would consider orthodox in doctrine responded to this refrain with one of their own: “There was not when he was not.” Jesus was eternal God.

The controversy that swirled around Arius and his followers was only exacerbated by the fact that there were differing theological tendencies in the Church of his day. The Antiochene churches were Eastern and tended to emphasize the uniqueness of God the Father, the humanity of Jesus, and a more practical approach to Christian living. The Alexandrian churches were Western and emphasized the mystic unity of the Father and the Son, the pre-existence of the Word, and thus stressed the connectedness of the Trinity.

But on an even more basic level was the problem of personality. Former schoolmates of Arius were shocked when Arius was excommunicated from the church at Alexandria. Eusebius of Nicomedia, one such friend of Arius, declared that Arius was orthodox and urged Bishop Alexander to reinstate him. Alexander was furious and rejected the appeal, leading to riots in the streets. This led to Constantine’s calling of an ecumenical (“universal”) council to discuss this controversy and agree on the truth.

In May of A.D. 325, about 220 bishops gathered in Nicaea. Not only did the Emperor invite them to use the great hall, but he also dazzled the humble bishops with his presence and gave a speech calling for orthodoxy and harmony. In the course of the debate, someone suggested that the key might be founded in the word homoousios, “same being,” “same substance.” This meant that the relationship between Father and the Son is that they shared in the same substance, they are co-equal and co-eternal; they are the same. This appealed greatly to the Western delegates and also to Alexander’s young deacon Athanasius.

It was Athanasius who advised Alexander that homoousios was a good solution to the problem. Yet some Eastern bishops were concerned that using that term would be giving in to the Western idea, since the word was already used by some in the West. But the word made its way into the Creed of Nicea. But, as a few of the bishops were signing the Creed, some added an iota, to make the word homoiousios, “of similar substance.”

The council of Nicaea adjourned and there were three factions in the Empire:

• Homoousians, who said that Christ was of the same substance of the Father;

• Heteroousians (Arians), who said Christ was of a different (Greek, hetero) substance than the Father;

• Homoiousians, who said that Christ had a similar substance with the Father.

Thus, the Council of Nicea and the events leading up to it were nothing short of a modern day soap opera – only it was guided by the hand of Providence in the formation of the Nicene Creed.

The Belgic Confession expresses nothing more, nothing less in Article 8 than the ancient Church confessed in the Nicene Creed. The Confession gives a beautiful definition of Nicene Trinitarianism when it says, “We believe in one only God, who is the one single essence, in which are three persons.” So what exactly does this mean?

God is One Essence

First, we believe and confess that there is one spiritual essence called God. This is the essence of the faith of the Old Covenant people of God. In Deuteronomy 6:4, the Shema, it was confessed, “Hear, O Israel, the LORD our God, the LORD is one.”

Because there is only one divine essence, the three Persons, according to the Confession, are “equal in eternity,” “there is neither first nor last,” and “they are one in truth, power, goodness, and mercy.”

Secondly, we believe that this one essence exists as three distinct Persons. The Confession masterfully recognizes the eternal distinctions between the Persons of the Godhead. We read of the “incommunicable properties” of each Person in the Godhead. “Incommunicable,” means not communicated. So what is not communicated? Their “properties,” their distinct Persons. Herein lies the profound mystery: although they are one in essence, they are utterly distinct as Persons, not communicating their distinct Persons to each other. This is why we sometimes speak of the Persons as having their own Subsistence, meaning that they have their own existence. The Confession goes on to say that although there are three Persons, Father, Son, and Holy Spirit each has “His personality, distinguished by Their properties.”

This is illustrated for us in the second section of this article, where we read, “Hence, then, it is evident that the Father is not the Son, nor the Son the Father, and likewise the Holy Spirit is neither the Father nor the Son. Nevertheless, these persons thus distinguished are not divided, nor intermixed; for the Father has not assumed the flesh, nor has the Holy Spirit, but the Son only.”

According to His incommunicable property of being the Father, God the Father is the cause, origin, and beginning of all things visible and invisible. As a distinct Person He has a distinct role in the history of redemption: to be our Creator by His power.

As well, according to His incommunicable property of being the Son, God the Son is the Word, the wisdom, and the image of the Father. As a distinct Person His role is to be our Savior and Redeemer by His blood.

Finally, God the Holy Spirit is the eternal power and might who proceeds from the Father and the Son, whose role is to be our Sanctifier by His dwelling in our hearts.

Sadly, though, the personality of the Holy Spirit is not understood nor even confessed in our day. Many evangelical Christians are unwittingly anti-Trinitarian. For example, George Barna has reported that while 70% of Americans believe Jesus will come again someday, 55% of “born again Christians” reject the existence of the Holy Spirit! As well, 61% of Americans believe the “Holy Spirit is a symbol of God’s presence or power, but is not a living entity.” How sad this truly is, for without a person Holy Spirit there is no hope for us ever to be holy, ever to have a personal communion with our Savior, since it is by the Spirit that we commune with Christ.

For this reason, the Confession says in a seemingly meaningless statement: “the Father has never been without His Son or without His Holy Spirit.” Do you see what this means? Not only are the Persons of the Trinity God, but that God is personal, existing as three Persons. A personal God, who exists as three Persons, saves persons to live in a personal relationship with Him! That’s why Nicea was so important, and that’s why the Confession is so theologically precise, but personally edifying.

1. What does the history of the ancient Church tell us about the value of the doctrine of the Trinity?

2. Does the doctrine of the Trinity matter so much to you that you are willing to die or divide over the single letter “i”, as at Nicea?

3. In what types of situations could you use the teaching of the Nicene Creed to defend your faith?

4. How does the doctrine that God is one essence comfort us in the area of our salvation?

5. How does the doctrine that God exists as three Persons comfort us in the area of our salvation?