As we saw last month, the Christian is perpetually brought back to justification and the work of Christ alone, even when discussing sanctification. Here is our confidence and help in time of need.

The Use of the Law in Sanctification

The question remains, how do we know what to do that is pleasing to God as those given a new life? Our faith in Christ “excites man to the practice of those works which God has commanded in His Word,” according to Article 24, but where exactly in the Word do we find those works commanded? Article 25 briefly mentions that as Reformed Protestants we believe that the Law, especially the Ten Commandment, is a guide for the Christian life. 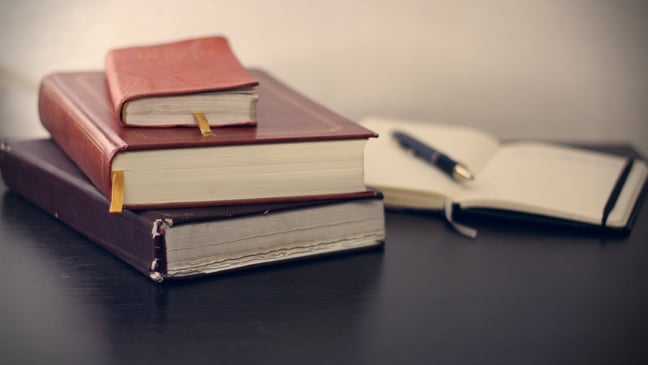 What is interesting is how this article explains this belief. The Latin title of the article states that the Law is both abrogated and continued in the New Covenant. The Law of God is abrogated, as the Confession says:

We believe that the ceremonies and symbols of the law ceased at the coming of Christ, and that all the shadows are accomplished; so that the use of them must be abolished among Christians…

This is clearly taught in Hebrews 8:13, which says that the entire system of the Old Covenant was abolished by Christ, when it says, “In speaking of a new covenant, he makes the first one obsolete. And what is becoming obsolete and growing old is ready to vanish away.” Then in Hebrews 10:1 we read, “For since the law has but a shadow of the good things to come…”

On the other hand, there is an aspect in which the law continues among us. Article 25 continues when it says, “…yet the truth and substance of them remain with us in Jesus Christ, in whom they have their completion.” Here we hear an echo of Colossians 2:16-17, which speaks of Jewish festivals, new moon celebrations, and Sabbaths: “These are a shadow of the things to come, but the substance belongs to Christ.” So the law is thoroughly Christ-centered, both in its abrogation and continuation.

But how exactly is this principle applied? What does it mean that the law continues among us in some fashion? The answer is twofold:

In the meantime we still use the testimonies taken out of the law and the prophets to confirm us in the doctrine of the gospel, and to regulate our life in all honorableness to the glory of God, according to His will.

We still use the Law in its first and third use. What does this mean? In classic Reformed terminology we speak of the Law of God having three uses: to show us our sin and drive us to Christ (Latin, usus pedagogicus), to restrain sin in society as a whole (Latin, usus civilis), and to be a guide for the Christian life of gratitude (Latin, usus didacticus). And since the Confession is speaking of the first and third uses, we will focus on those here.

The Christian is still formed by both Law and Gospel. Even as those justified, we still need to be killed by the Law continually, in order to be given life by the Gospel. Because of our ongoing struggle with sin (Romans 7), we need to be shaken out of self-righteousness and selfishness, shown the holiness and perfections of God, and brought to our knees in humility and confession. Thus anything in the Old Covenant law which does this is legitimately used among us.

Liturgically speaking, this has always been a feature of Reformed worship towards the beginning of the service. Confession of sin and absolution is a liturgical nonnegotiable as it marked the classic Reformed liturgies of Strasbourg, Heidelberg, Geneva, and England (through the Book of Common Prayer).

Unfortunately, even in many of our Reformed churches this has fallen out of use because it is too “Catholic.” If this is your attitude, keep in mind that corporate prayers of confession and public absolution was part of the reformation of worship. Prior to the Reformers, the priest alone would pray a confession of his own sins (called the confiteor) before the Mass, and the faithful would only receive absolution after private confession of all known sins. The Reformers moved this practice to the public worship of God such as found in Nehemiah 9.

Notice also that the Confession speaks of “testimonies taken out of the law and the prophets.” This means that more than the Ten Commandments express God’s Law to His people. In fact, like the words of our Lord in His Sermon on the Mount, the threats of the prophets are usually more hard-hitting and specific than the Ten Commandments. We need to use the Law wherever it is found.

As the Christian needs to be killed continually by the Law and given life by the Gospel, so too, we need to be continually challenged to live out this new life in gratitude. The Ten Commandments, of course, are the basic text of the parameters of the Christian life, as they teach us to love God and our neighbor.

This emphasis on the life of gratitude and thankful obedience is a hallmark of the Reformed Christian life. We seek to live as prophets, priests, and kings in this world. This is why our forefathers used the Ten Commandments in all their catechetical preaching and instruction in the Faith.

The summary of Articles24 and 25 is that the Christian’s life of sanctification is to be one of love for God, humble service, and devotion to pleasing God by continually falling on our knees but also getting up and living for Christ.

3. What does the analogy of the tree and its roots have to do with sanctification?