The teaching of Jesus being a sacrifice by being crucified and pouring out His blood to take away our sins is not very “relevant” to the world today. After all, who is a sinner? Furthermore, we need to get beyond capital punishment as a way to punish and view criminals as victims who need rehabilitation. The church, sadly, has bought into this mindset. Gone is the preaching of the law and mankind’s sin. Gone is the preaching of Christ on the cross as accursed for our sins. Instead, we hear that God loves us and has a wonderful plan for our lives, that God desires a relationship with us, and that what we need is a Friend who will help us when times are tough.

The story of Scripture is not this boring – thankfully. Instead it is a powerful drama in which God becomes a man, in which the hero is first the victim, in which the victor is the underdog. We’ve been tracing this plot as our Belgic Confession unfolds it. Article 20 confessed Christ as the object of the Father’s justice and us as the object of His mercy, because Christ satisfied justice for us. The plot unfolds in Article 21 with the confession that God the Son has secured our salvation by becoming a High Priest to satisfy the eternal wrath of God as the basis of our salvation. As our priest He placed Himself on the altar as the sacrifice for our sins. Because of this marvelous truth, we receive unspeakable comfort and peace to give us confidence before God. 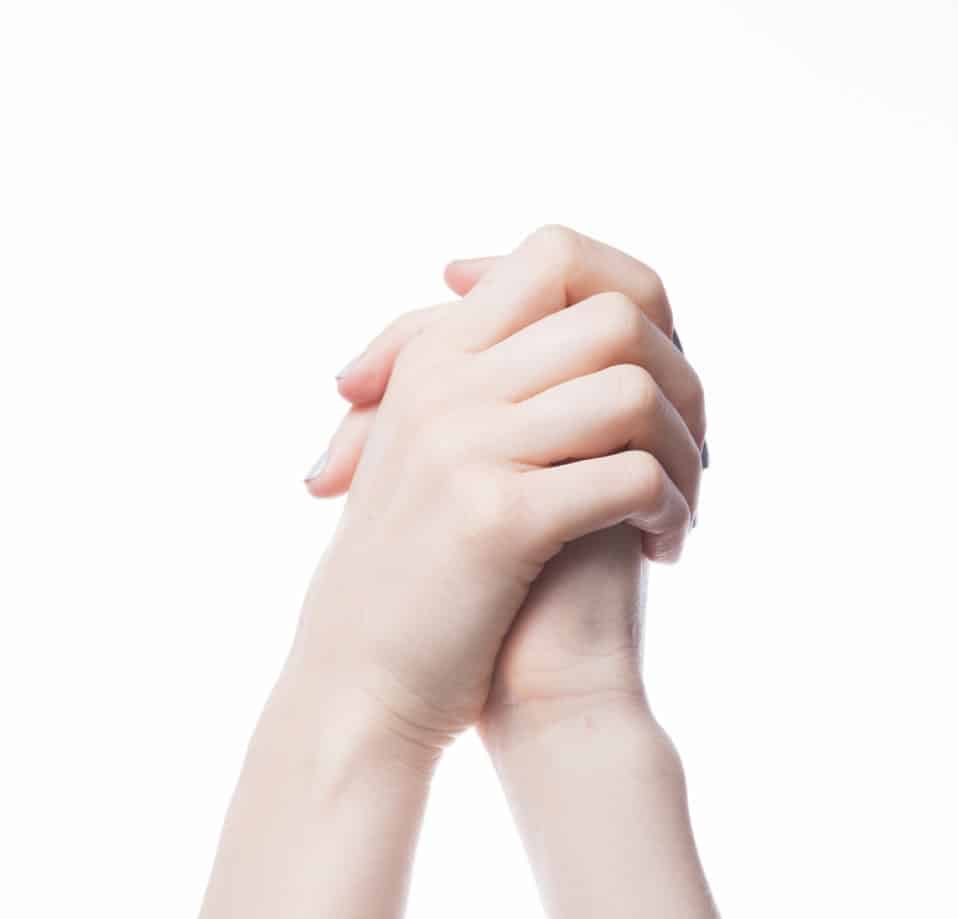 The Order of Melchizedek

“We believe that Jesus Christ is ordained with an oath to be an everlasting High Priest, after the order of Melchizedek…” The writer to the Hebrews had to spend a great deal of ink to prove that Jesus was the final High Priest for the people of God. Yet, He was not of the tribe of Levi, the priestly line. How could one who was of the tribe of Judah, the kingly line, be a priest? God, in His wisdom, had already prepared a remedy for this situation. A unique king-priest had already appeared in sacred history in the person of Melchizedek. Our Lord was ordained in His order of priests, which superceded the Levitical line. This was shown in that Levi himself, in a manner of speaking, paid tithes to Melchizedek, through the person of Abraham (Hebrews 7:410). Thus our Lord came as priest “not on the basis of a legal requirement concerning bodily descent, but by the power of an indestructible life” (Hebrews 7:16 cf. 7:3, 23, 24).

As our High Priest, then, in a superior order of priests, our Lord Jesus Christ was enabled to offer a better sacrifice than the Old Covenant priests – sacrifices not of bulls, goats, lambs, and rams, but Himself (Hebrews 9:12). As our Confession says, “He has presented Himself in our behalf before the Father.” We see the Scriptural emphasis here on the fact that our Lord laid down His life for His sheep, for their benefit, and that of His own accord (John 10:11-18).

In describing the meaning of this laying down of Himself for us, our Confession masterfully links two great biblical concepts together. By doing this, we are shown “the breadth and length and height and depth” of the love of Christ for us (Ephesians 3:18-19). This is the purpose of learning the Word of God and our Confessions! To know the depths of our salvation is the purpose of theology. The end result of theoretical knowledge is experiential knowledge. And we see these two things married together when we learn that Jesus offered Himself “to appease His [the Father’s] wrath by His [Christ’s] full satisfaction.”

To “appease” means to make peace. In our older vocabulary we spoke of pacifying or placating. Our Lord has placated the Father’s just wrath. Christ has pacified an angry God by His “full satisfaction.” To “satisfy” is to meet a demand. Christ has not only satisfied the demands of God’s justice for a time (as the typological and temporary Old Covenant sacrifices did), but He has made a full satisfaction to God’s justice because of our sins against that justice. This is why after over five chapters of arguing that Christ is a greater priest, who offered a greater sacrifice in a greater tabernacle, the author of Hebrews concludes the argument, saying, “Where there is forgiveness of these [sins], there is no longer any offering for sin” (Hebrews 10:18). Let us follow the contours of Article 21 in delving deeper into the meaning of Christ’s full satisfaction, which is described as consisting in three things.

First, Jesus satisfied for our sins “by offering Himself on the tree of the cross.” Under the Old Covenant, when a man was punished for breaking the law by being hung upon a tree, he had to be buried before sundown so as not to defile the holy land of Israel. The reason for this was that being hung upon a tree was accursed of God (Deuteronomy 21:22-23 cf. Galatians 3:1013). Thus our Lord satisfied the wrath of God for us by being accursed of God in our place, because we deserve that eternal wrath and curse!

Second, Jesus satisfied God’s wrath by “pouring out His precious blood to purge away our sins, as the prophets had foretold.” As the Law stated, without the shedding of blood there is no forgiveness of sins (Leviticus 17:11 cf. Hebrews 9:22). Our Lord’s blood was offered through the eternal Spirit before the Father in the heavenly tabernacle on the heavenly altar in order to make peace between us and God (Hebrews 9:11-14).

Third, Christ satisfied God’s wrath by being “condemned by Pontius Pilate as a malefactor, though he had first declared Him innocent.” This is an oft forgotten aspect of our Lord’s suffering and satisfaction. Why was He condemned by Pilate and what does this have to do with our salvation? The best answer is that found in our Catechism, which says, “That He, being innocent, might be condemned by the temporal judge, and thereby deliver us from the severe judgment of God, to which we were exposed” (Q&A 38).

As the Prophets Foretold Our Lord’s work on our behalf is a fulfillment of the Old Testament in every respect. Paul’s words ring clear in this vein: “When the fullness of time had come, God sent forth his Son, born of woman, born under the law” (Galatians 4:4). The satisfaction of God’s wrath by Jesus was in perfect accord with what “the prophets had foretold.” Our Confession gives us a sampling of the prophetical outlook of the Old Covenant by quoting the words of Isaiah 53:5, 7, and 12. In many ways the clearest Old Testament passage of the death of our Lord, Isaiah’s “Servant of the LORD” is spoken of in such detail that many modern scholars believe they could not have been written by Isaiah or that they speak of Israel as a people. Yet we have the more sure prophetic word (II Peter 1:19). Peter explains that the salvation brought by Christ was prophesied by prophets, who “searched and inquired carefully, inquiring what person or time the Spirit of Christ in them was indicating when he predicted the sufferings of Christ and the subsequent glories” (I Peter 1:10-12).

This dreadful agony of His suffering is shown in these words: “feeling the terrible punishment which our sins had merited; insomuch that his sweat became as it were great drops of blood falling down upon the ground. He called out: My God, my God, why hast thou forsaken me?” What this means is that Jesus suffered hell for us, the “inexpressible anguish, pains, and terrors” of hell which we justly deserve because of our sins have merited them (Heidelberg Catechism, Q&A 44).

Yet, although we have merited hell, our Lord underwent hell for us to merit “the remission of our sins.” This is explained best by our Catechism, which says, “That all the time He lived on earth, but especially at the end of His life, He bore, in body and soul, the wrath of God against the sin of the whole human race; in order that by His suffering, as the only atoning sacrifice, He might redeem our body and soul from everlasting damnation, and obtain for us the grace of God, righteousness, and eternal life” (Q&A 37).

The Benefits of Christ

How amazing is this? So much so that it also brings us immense experiential benefits. The first great benefit is the confidence that we know Christ crucified (I Corinthians 2:2); and because we know Him, we regard everything in this life as nothing (Philippians 3:8). As the praise chorus says, “You are my all in all.”

The second practical benefit is that in the wounds of Christ “we find all manner of consolation.” This means that His death for us gives us peace with God (Romans 5:1), an assured conscience before God as well as a sure foundation to lean on in times of suffering, trial, and temptation. When these things come upon us, we do not turn to our works, our failures and sins, and not even our own faith! We turn to Christ alone and His wounds for us.

The third benefit of Christ’s work is that there is no other work we need – whether our own or that of another. Thus it is not necessary “to seek or invent any other means of being reconciled to God than this only sacrifice, once offered.” Notice also that after our Confession says this it quotes Hebrews 10:14, saying, “by which [sacrifice] He hath perfected forever them that are sanctified.” Christ’s once for all sacrifice “perfects” those who are “sanctified.” What does this mean?

The idea of “perfection” in Hebrews is not one of sinlessness, but that of being acceptable to God. Christ was made “perfect through suffering” (Hebrews 2:10 cf. 5:9). This means that His offering of Himself was acceptable to God as sweet smelling incense to His Father. This is why He could say, “It is finished” (John 20:30), because His work did what God required. Hebrews also says that the priesthood and the law made nothing perfect (7:11, 18), meaning, that they could not bring to the worshippers the final state of affairs between God and man. Only the New Covenant, based on the work of Christ, could do that (Hebrews 8).

The idea of being “sanctified” in Hebrews speaks not of what we commonly understand as sanctification, that is, the daily renewal of our lives by the Holy Spirit, but being cleansed of our sins by the sprinkling of the blood of Christ. Thus, what Hebrews and our Confessions say is that we who have been forgiven of our sins by the blood of Christ are acceptable to God. Our acceptability to God is based in the finished, solitary work of Christ alone! For this reason Article 21 of our Confession ends, saying, “This is also the reason why He was called by the angel of God, JESUS, that is to say, SAVIOR, because He would save his people from their sins.”

1. Why does the book of Hebrews make such a big deal out of Jesus being a priest according to the order of Melchizedek?

2. What does it mean that Jesus Christ “appeased” God’s wrath?

3. In what ways are the Old Testament prophets fulfilled in the death of Christ?

4. How does the Confession interpret the phrase, “He descended into hell” from the Apostles’ Creed? (cf. “Celebration of the Lord’s Supper: Form Number 2”)

5. Why is it not necessary to seek or invent another means of reconciliation? (cf. Heidelberg Catechism, Q&A 29–30)

6. What does Romans 5:1–5 say to us about the comfort we receive from being justified by Christ’s work and sacrifice for us?