The incarnation. This is a term we so often use in our Christian lingo that it has become another phrase we simply let roll off our tongues all too easily. The incarnation, though, is no mere phrase; it was a climactic, redemptive event. It was a moment in which there was hushed silence in heaven and earth as God was doing something He had never done before—and then there was exuberant praise! We cannot simply define this term every so often in our Christmas sermons or Heidelberg Catechism sermons, as if the incarnation were simply a vocabulary lesson or a doctrine to pull off of the shelf when required. Instead, we need to understand the incarnation’s significance so we can apply its benefits to our daily spirituality.

To do so we must define the term. The Latin title of Article 18 is de incarnatione filii Dei, “Of the incarnation of the Son of God.” Our English word “incarnation” comes from the Latin incarnatio, meaning, “the unition (unitio), or act of uniting, human nature with the Logos.” It is the event in which the eternal Son took upon Himself a human nature: “And the Word became flesh” (John 1:14).

The Climax of History As we turn our attention to Article 18 of the Belgic Confession, we notice that there is a seamless transition from God’s eternal decree to save (Article 16) to the promise of that salvation (Article 17) to the fulfillment of that promise in the sending of the Son into our flesh (Article 18):

We conconfess, therefore, that God has fulfilled the promise which He made to the fathers by the mouth of His holy prophets, when He sent into the world, at the time appointed by Him, His own only-begotten and eternal Son, who took upon Him the form of a servant and became like unto man…

This promised seed of the woman would deal a death blow to the seed of the serpent. This was fulfilled the moment Jesus was conceived. When we speak of the incarnation, we are speaking of two acts: the conception of Jesus and the birth of Jesus. Scripture focuses on the latter act. That is when God’s promise was seen by the world of men and the world of angels.

This climactic moment in which the conceived God-man was “born of the Virgin Mary” was foreseen and expected by generations of “the fathers” as they heard this salvation proclaimed by the “holy prophets.” All the sermons of the prophets came to fruition “in the fullness of time” (Galatians 4:4) as this seed of the woman was born. It is interesting to note how our Confession interprets Paul’s phrase “in the fullness of time.” There has been much pious speculation through the ages that this refers to God’s providential preparation of the RomanEmpire which made the spread of the gospel a possibility. On the contrary, the Confession says this phrase in Paul’s writings means “the time appointed by Him.” When the ages reached their fullness, when the time had come according to God’s eternal appointment, the Son was born of the Virgin Mary. 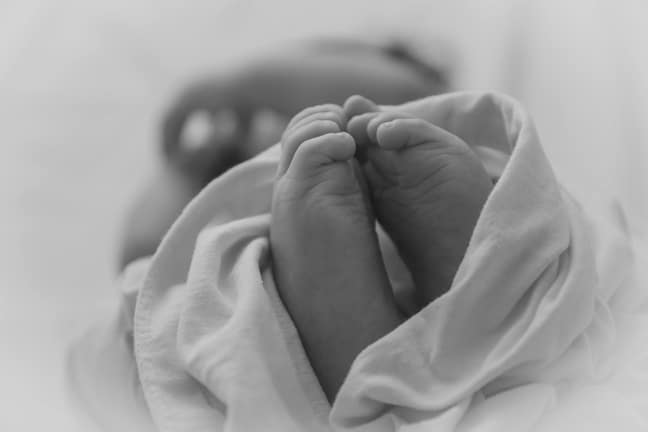 Thus we behold the marvelous wonder that God became man. It is important for us as Reformed Christians to recapture a glimpse of this mystery because we often view either the death or resurrection of Jesus Christ as the high-point of redemptive history.

The incarnation was the wonder of wonders. It began the string of events we call “the work of Christ.” We must recapture this “mystery of godliness” (1 Timothy 3:16) in our preaching, worship, and community life, being filled with amazement that “He who was without a mother in heaven was without a father on earth.” This wonder of the incarnation is expressed by the Greek church father Gregory of Nazianzus (325–389), who said

The Word of God Himself, Who is before all worlds, the Invisible, the Incomprehensible, the Bodiless, the Beginning of beginning, the Light of Light, the Source of Life and Immortality, the Image of the Archetype, the Immovable Seal, the Unchangeable Image, the Father’s Definition and Word, came to His own Image, and took on Him Flesh for the sake of our flesh, and mingled Himself with an intelligent soul for my soul’s sake, purifying like by like; and in all points except sin was made Man…He came forth then, as God, with That which He had assumed; one Person in two natures…O new commingling; O strange conjunction! the Self-existent comes into Being, the Uncreated is created, That which cannot be contained is contained by the intervention of an intellectual soul mediating between the Deity and the corporeity of the flesh. And He who gives riches becomes poor; for He assumes the poverty of my flesh, that I may assume the riches of His Godhead. He that is full empties Himself; for He empties Himself of His Glory for a short while, that I may have a share in His Fullness.

The Reality of the Incarnation

But is this just pious rhetoric? Just how real was this incarnation? How human was (and is) our Lord Jesus Christ? Our Confession continues, saying

…really assuming the true human nature with all its infirmities, sin excepted; being conceived in the womb of the blessed virgin Mary by the power of the Holy Spirit without the means of man; and did not only assume hu-man nature as to the body, but also a true human soul, that He might be a real man.

He has a true human nature, meaning that He has a human body and a human soul “that He might be a real man.” He assumed what makes us human. The question, though, must be asked, “If Jesus Christ was born of a sinful woman, how could Jesus be born sinless?” In Matthew 1:18–20 and Luke 1:34–35 we learn that He was “conceived in the womb of the virgin Mary by the power of the Holy Spirit without the means of man.” Our Heidelberg Catechism in Question and Answer 35 teaches this as well when it says that Jesus’ conception was “by the operation of the Holy Spirit.”

We also confess that Jesus assumed “a true human soul, that He might be a real man.” He had to have the immaterial part of us in order to be truly human. This reminds us of the creation of Adam. God formed a body from the dust and after He “breathed into his nostrils the breathe of life” this man “became a living being” (Genesis 2:7). These two elements, a body and soul, made Adam a human being. Jesus, therefore, in order to be the second Adam, had to be truly human which meant that He had to have a body and soul. We see the things that make up our soul in Jesus: He experienced the emotions of anger (e.g., Mark 3:5), disgust (e.g., Mark 8:12), distress (e.g., John 12:27), and sorrow (John 11:33–35); He showed affection (Mark 9:36–37), compassion (Mark 9:36), and sympathy (Hebrews 4:15). Thus in the incarnation we confess that God became man.

The Necessity of the Incarnation

If man is made up of a body and soul, and both are sinful, how necessary was it for Jesus Christ to have both? The Confession answers this, saying, “For since the soul was lost as well as the body, it was necessary that He should take both upon Him, to save both.” Here our Confession, as with the Trinity, follows orthodox, catholic doctrine, in drawing upon the famous phrase of Gregory of Nazianzus: “For that which He has not assumed He has not healed.” If He only had a body, your soul is lost forever; if He only had a soul, your body is lost forever. We need a true man to be our Savior so that we can be truly saved!

The Confession rejects the view that Christ did not receive His humanity from His mother Mary. This is done by quoting an impressive string of biblical witnesses:

Therefore we confess (in opposition to the heresy of the Anabaptists, who deny that Christ assumed human flesh of His mother) that Christ partook of the flesh and blood of the children; that He is a fruit of the loins of David after the flesh; born of the seed of David according to the flesh; a fruit of the womb of Mary; born of a woman; a branch of David; a shoot of the root of Jesse; sprung from the tribe of Judah; descended from the Jews according to the flesh; of the seed of Abraham, since (A.V.) he took on him the seed of Abraham, and was made like unto his brethren in all things, sin excepted; so that in truth He is our IMMANUEL, that is to say, God with us.”

If these texts were familiar to you, you noticed that two of them come from Hebrews’ magnificent presentation of the reality and necessity of the incarnation in chapter 2:10-18. In Hebrews 1-2 is proclaimed the greatness of the Son over angels in both His exaltation and humiliation. The writer speaks of this humiliation in terms of being “made lower than the angels” (Hebrews 2:9). The text speaks of the incarnation moving from its being fitting to its being necessary “He had to be made like His brothers” (:17). It was fitting for the Son to suffer for us as our mediator and necessary for Him to suffer as a man, with a body and soul.

Notice what several of the texts in this section of Hebrews 2 say about the suitability and necessity of Christ’s true humanity being received from His mother Mary. In verse 11 the writer speaks of us and Christ saying that we “have one origin” (Greek, “all of one;” NIV, “of the same family”) and in verse 14 the writer says that since we “share in flesh and blood He Himself likewise partook of the same things.” Here the writer is saying that we and Christ share a common humanity. And just as we receive our humanity from our parents, so too Christ received His humanity from His only earthly parent, Mary. This means that He did not just appear to be a human but that He was a human in the full sense of the term; as the phrase “flesh and blood” connotes that He was a human being, He was a man.

This sharing with us in our humanity was “in every respect” (Hebrews 2:17) what makes up our humanity. He was as human as human can be.

It is because of this mysterious joining of the eternal Son with frail human flesh that we can sing:

Though circled by the hosts on high, He deigned to cast a pitying eye upon His helpless creature; the whole creation’s Head and Lord, by highest seraphim adored, assumed our very nature; Jesus, grant us, through thy merit, to inherit thy salvation; hear, O hear our supplication.