Some months ago, not long after his eightieth birthday, the Lord took to himself one of his dear children. The death of Professor R. B. Kuiper on April 22 of this year has been noted earlier in this magazine. Now, however, we who were close to him in Reformed Fellowship Inc. and learned to love and appreciate him deeply because of the grace of God reflected in his life and work devote a few additional pages to his memory.

Who was this man R.B., as he was so widely and familiarly known?

Any brief sketch, whether of his life or character or career, will of course seem to do injustice to his intriguing many-sidedness. Yet all who really knew him found mirrored in his life something of the greatest of all Christian graces, the quality of a truly balanced and Biblical love. Repeatedly he has been characterized as a Christian warrior. Time and again he was compelled not merely by circumstance but especially by the love which drove him to enter the arena of polemics. Here he wielded a sharp-edged sword. And for this, let us say it in all candor, he was not only often misunderstood but also misrepresented. The foes which he attacked were never persons but always positions and practices and prevailing trends which he recognized as inimical to that which possessed the love of his heart.

Now love in the Christian life is a many-sided as well as a many-splendoured thing. This makes it exceedingly difficult, perhaps even dangerous, to pen a few lines on the subject of the loves of Professor Kuiper.

All of us knew how deeply he was attached to his family. Often we remarked on the care which expended on his rose garden in which he saw reflected the beauty of creation and creation’s God. Strong were the attachments which he made with friends in all walks of life. How he could revel in books and art and music. Here. indeed, was a man who lived with zest, because to him it was a precious gift for which he bore a deeply personal and persistent responsibility. But to understand him and the secret of his life requires a recognition of his three deepest loves, three which when all is said and done resolve themselves into the one great love which to such a large degree consumed and consecrated his life on earth. 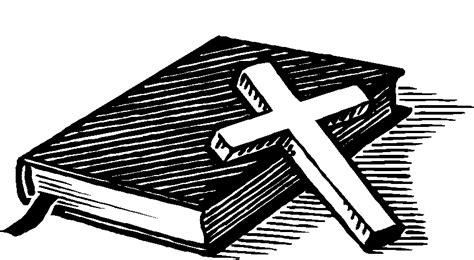 When he was ordained in 1911 to the Christian ministry, he pledged himself to a whole-souled service of the church. To a large extent this was the fruition of the wholesome covenantal training and example which he received from his parents in the parsonage.

He loved the church because it is the gathering of God’s people, those who are bought with the precious blood of Christ and called to holy service in this world and the world to come. Always the church was far greater than any denomination, although during his service in three denominations he never muted his convictions. Here he served as pastor and preacher and teacher. In terms of calendar years most of his days were spent in the Christian Reformed Church which he regarded as his spiritual mother. Frequently and fervently he could plead the cause of a Biblical ecumenicism, one which sought to do justice to the demands of both the unity and the truth which should characterize the communion of those who are truly Christ’s. And for this he was often misunderstood. Some regarded his views as altogether too broad, since he urged a coming together in one ecclesiastical fellowship of all those believers and congregations which were truly Biblical and Reformed. Others regarded his views as too narrow and exclusivistic because of his unwearying insistence that the true church in this world is pillar and ground of the truth.

According to these convictions he preached. And in his preaching and pastoral labors he aimed at an enrichment of the lives of the people of God. Strong in his insistence on Christian doctrine, he never failed to remind his hearers that truth is always unto godliness. His was a consistent plea for the cultivation of a truly Biblical and God-glorifying piety, one that would abound in all good works to the welfare of mankind and to the praise of God. It was this love for the church that inspired him to write several of the books for which he will be long remembered.

Professor Kuiper loved the church, because he loved even more the Bible. This was the source from which he drank not only his knowledge of but also his affection for the church.

For him Christ’s church in this present age stands or falls with the Word of God. “A church that has grown indifferent to the truth is, to put it mildly, on its way out. And the church that knowingly tolerates in its midst denial of the basic truths of the Word of God is itself guilty of such denial and by that very token has ceased being a true church.”

No other message, therefore, was to be brought than that which magnified the Scriptures as the standard for the church’s doctrine and duty. On this score the stand of Professor Kuiper was uncompromising. Time and again he warned against the theories of recognized leaders in the ecclesiastical world, even some who passed as evangelical, which would allow of any other source for Christian preaching and teaching than the Word of God written. Nothing might be proclaimed but the message of the Lord which is the power of God unto salvation to all that believe.

This message was to be preached clearly and consistently and completely. Professor Kuiper urged, in keeping with the historic position of the Christian church, that God’s truth as presenting the gospel of salvation is “a system of truth.” Therefore he spoke so unabashedly of his loyalty to the Reformed Confessions. To him there, and there alone were consistent Christianity, not because these exhausted the riches of God’s self-revelation in Christ Jesus or could not be improved upon but because they more than anything: else which the church through the ages has produced magnify the great God of our salvation.

And this was the third, the most basic and all-controlling love of Professor Kuiper. He loved above all else the Lord who gave unto him salvation through the precious blood of Jesus Christ. This was the key to his life and labors among us.

In our day of theological change and confusion the danger is far from imaginary of falling into extremes. Some love the church with an almost idolatrous affection; others, seemingly far more numerous, criticize and despise it for its weakness and uselessness in the world. Some tend to make the Scriptures an end in themselves with the result that its teachings are appropriated in a purely impersonal and intellectual way without commitment to the covenant God who through his word binds us to the new life in Christ Jesus; others see the Bible as little more than the record of the religious insights and experiences of people who lived long ago and may well have stumbled into error by their shortsightedness. Against such extremes Professor Kuiper knew how to warn and to warn well.

He loved the church, imperfect as it was in its insights and inconsistent often in its practice, because it was beloved of God and chosen to be his means unto the salvation of sinners and the coming of Christ’s kingdom through its obedience to the Word.

He loved the Word because it is God’s chosen instrument to make himself known in all the fulness of his redemptive love unto a living, personal and transforming covenantal communion with God in Christ Jesus.

Both of these loves, thus, sprang from and remained subordinate to his love for the only true God who loved and gave himself in Christ for his salvation. That love he sought to reflect in some small way in all his preaching and teaching as well as in more intimate personal relations. And for that love he will be long remembered by those who knew him best.