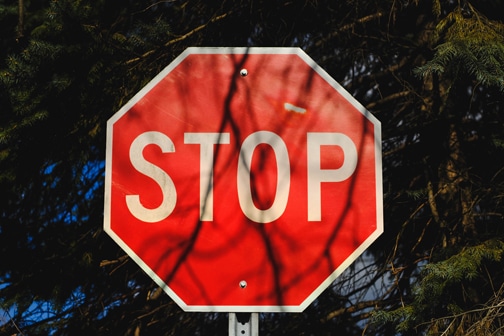 Sadly enough, it happens that some of those in positions of authority abuse their power and position. Governments do—there are governments that oppress their people. We can think of the communist regimes of Stalin and Mao Tse Tung. Every November, a Sunday is declared the International Day of Prayer for Persecuted Christians. In many Asian and North African countries, Christians are persecuted for their faith—they are oppressed by the state. Clearly, such governments are abusing their authority. God will hold them accountable for this and will punish them for it.

This abuse of authority also happens in churches. In the 1500s, church reformers called the Medieval church back to the Word of God. Through the centuries, the church had strayed far away from the simple but true message of Scripture, adding all sorts of doctrines not found in the Bible. On top of that, many of the church leaders were living godless lives. The reformers called the church back to the Bible and away from false doctrine and permissive living. What was the reaction of the church? Persecution! Excommunication! Death by burning at the stake!

The church assigned more authority to itself and its ordinances than to the Word of God. It refused to submit itself to the rule of Christ. It persecuted those who lived holy lives according to the Word of God and who rebuked it for its sins and false doctrine. The church of the Middle Ages would not take it. It used—or, rather, it abused -its power and authority to silence those who called it to faithfulness and submission to God’s Word.

This example, which led Reformation of the church, is not the only example of the abuse of ecclesiastical authority. Throughout history, there have been many instances of churches abusing their authority, misusing their power, to silence those who would live godly lives and call a disobedient church back to the Word.

Abuse of authority does not only happen in the state and the church; it is also, sadly, found in families. All physical, verbal, and sexual abuse by someone in authority perpetrated against someone under authority is abuse of authority. We wish we could say that this does not happen among Christians and in the church, but we would be lying.

What must someone suffering abuse do? He or she needs to go to someone else in authority for help.

We are all under several spheres of authority: the authority of parents, teachers, the police, and elders in the church. An abused person must go to someone else in a position of authority for help. The abuser must be brought to justice and face the just consequences of his crime. He must be brought to repentance at the foot of the cross of the Lord Jesus Christ. It is only when we fall broken at the foot of the cross that we are reconciled to God and that we can be reconciled to one another.

The rejection of authority began in the Garden of Eden. God told our first parents, Adam and Eve, that they could eat from every tree in the garden except for one. Not content with all the other trees, they ate from the one excluded tree. They rejected God’s authority. This spirit of revolution has been alive ever since.

Today’s anti-authority spirit is largely a result and working out of the Age of Enlightenment and the French Revolution.

Rene Descartes (1596–1650), the father of modernism, coined the well-known phrase that is always associated with him: “Cogito, ergo sum” (I think, therefore I am). He started with the self. Man is the measure of all things. He thought that man could live apart from God and that revelation is to be rejected. We depend upon the self, upon human intellect alone, the ability to reason.

This spirit of revolution was cranked up a hundredfold by the French Revolution, which lasted from 1789–1799. It was a revolution against the church and the king. Ultimately, it was a revolution against God. The battle cry of the French Revolution was: “No God! No master!” The king was beheaded. France was de-Christianized. Dating the years on the basis of the year of Christ’s birth was abolished. 1789 became Year One. The seven-day week was replaced by a ten-day week. The churches were closed.

A cycle of bloodshed ensued. Those manning the guillotine one day were its victims the next. The French Revolution killed itself. France ripened for a takeover. In 1799, someone did take over—Napoleon. They killed the king and got an emperor.

This spirit of revolution that cries “No God! No master!” is still very much alive today. It is alive in the media. It is alive in the entertainment industry. You see it on TV. Authority figures are routinely ridiculed. On many sitcoms, the father is either a lazy oaf sitting in front of the TV clicking through the channels or a bungling fool just barely tolerated by wife and children. You see it in the many labor unions which are, by nature and constitution, against the employer. You see the spirit of revolution on the evening news as you witness screaming protesters waving their picket Signs.

The rejection of authority creates havoc, as does the abuse of authority. Both create disorder and chaos. Everyone ends up doing what is right in his own eyes.

God is the ultimate authority, the source of all authority. He revealed Himself and His will in His Word, the Scriptures. He calls people to positions of authority in life: parents, government leaders, church leaders. As those in positions of authority act as servants—not as tyrants, but as servants to those under them—things will be well. As husbands provide loving, kind, servant leadership to their wives, reflecting the relationship between Christ and the church, things will be well in their marriages. As parents provide firm but kind servant leadership to their families, reflecting the relationship between God the Father and His people, things will go well in their families.

This article is reprinted from Clarion, Year-End 1999.