In 1963, Alabama Governor George Wallace stood in a schoolhouse door in a failed attempt to keep blacks from entering. Federal marshals forced the door open. Thirty-seven years later, a Florida judge has effectively stood in the schoolhouse door, barring minority and poor children from getting out of their failed schools and into private schools where they will get a real education.

The case, which Governor Jeb Bush says will be appealed, involved 53 Pensacola poor children who were given state money to pay private school tuition in Florida’s groundbreaking voucher program. In their private schools they were learning to read and write, something they weren’t accomplishing as well in their government-run schools. 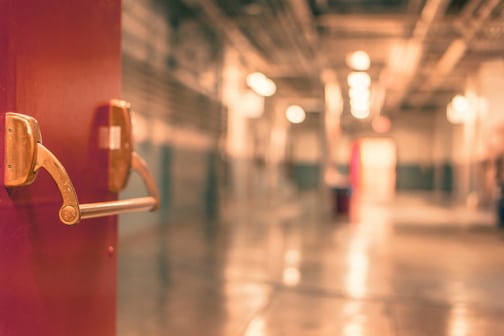 It’s no surprise that teachers, unions and other organizations want to keep kids trapped in these failed schools. Forced to choose between maintaining their own power and perks and giving kids and parents real education opportunity, they’ll go for the power and perks. The big surprise is that the NAACP, which is supposed to be about advancing people of color, is a coconspirator in assuring that many poor minority children will remain stuck in the intellectual equivalent of a condemned building.

Ted Forstmann, the Wall Street financier who heads the Children’s Scholarship Fund, tells me he will pay for the 53 Pensacola kids to remain in their private schools. He also believes many people are not aware of the history of education in America and the amount of money misspent on the current system.

Forstmann wants you to know that K–12 education is a $400 billion “enterprise,” twice the size of the telecommunications market. And it’s a monopoly. Government has broken up smaller monopolies on the correct theory that monopolies produce a bad product at a high price.

Education spending in constant dollars has increased 14-fold since 1920. But in spite of longer school years, a doubling of teachers’ salaries and dramatic downsizing in classrooms, one-fourth of American children cannot, or can barely, understand written English. Test scores are down, international rankings are an embarrassment, and census data show public schools have become the second likeliest place in America for a violent crime to occur. The solution to the violence problem is not trigger locks, but unlocking the public school door so kids and parents can escape if they choose.

The late American Federation of Teachers President, Albert Shanker, concluded: “It is time to admit that public education operates like a planned economy. It’s a bureaucratic system where everybody’s role is spelled out in advance, and there are few incentives for innovation and productivity. It’s not a surprise when a school system doesn’t improve. It more resembles a Communist economy than our own market economy.”

Defenders of government education have it backward. They defend a failed system rather than a child’s right to a good education.

The demand is there. When the Children’s Scholarship fund offered 40,000 partial scholarships (the poor have to pay $1,000 out of their own pockets), it received 1.25 million applications.

The Founders never intended for government to teach the next generation. In fact, before the American Revolution and for the first 100 years of America’s existence, education was competitive and diverse. Choice was widespread and, while not a perfect system, children learned. Historian Robert Seybolt has written: “In the hands of private schoolmasters, the curriculum expanded rapidly. Their schools were commercial ventures, and, consequently, competition was keen…Popular demands, and the element of competition, forced them not only to add new courses of instruction, but constantly to improve their methods and technique of instruction.”

Such a system produced George Washington, Thomas Jefferson, Abraham Lincoln and many other well-educated citizens. Jefferson correctly observed: “If a nation expects to be both ignorant and free, it expects what never was and never will be.”

If the public wants to bypass the mind controllers of government education and rescue the next generation, contributions are accepted by the Children’s Scholarship Fund, 7 W. 57th St., New York, N.Y. 10019. Its web address is www.scholarshipfund.org.