After Jesus has warned his people concerning covetousness and anxiety, he now caBs their attention to a sin all too common in their relation to one another.

Here again we are faced with a passage which is very familiar and has been misapplied again and again. So often the first words of Matthew 7 are quoted as though no one should make a judgment concerning anyone. Of course, the rest of Biblical teaching does not agree with this interpretation. We have to make judgments every day. God himself has given man the power to make judgments.

What does our Lord mean with the words: “Judge not, that ye be not judged”? The word which Jesus employs means to separate, to distinguish, to select, and on the basis of this, to decide. Therefore it may mean condemnation or approval. The context, as well as the parallel passage in Luke, shows that Jesus here employs the word in the sense of condemnation. That is the evil against which he warns! His people so easily set themselves up as the judges of their fellowmen and fellow-believers. This is an indication of pride. The judge stands above the one whom he judges. The usual result is the condemnation of the neighbor. That practice should not he found among his people.

The judgment here condemned is not a righteous judgment. It is usually merciless and without love. The believer is to love his neighbor. That is one of the basic rules of the kingdom of heaven. If he judges his neighbor readily or constantly, he does not observe the rule laid down by his Lord. Let the believer also remember that his judgment is not final. There is One who will judge all unrighteous judgments.

God often judges man by the same measure which man employs. Jesus warns his followers that the judgment they pass shall be passed upon them, and the measure they employ shall be employed against them. This is not a new teaching. We find the same principle laid down in Isaiah 33:1, Obadiah 15, and Habakkuk 2:8. Jacob practiced deception on his old, blind father, and he was deceived by his father-in-law and by his own sons. The men of Sodom burned in their lust for one another and were ·consumed by fire from heaven. Pharaoh drowned the you n g sons of the Israelites in the river and his own son was killed in the plague. Haman built a gallows for Mordecai and was hanged on it himself. Let these instances serve as warning for his people. They will be judged with the same judgment whereby they judge others. It shall be measured to them with the same measure which they used. “For judgment is without mercy to him that hath showed no mercy: mercy glorieth against judgment” (James 2:13). This does not mean that man sets the standard which God must employ, but it is a law which God himself has laid down and applies.

Jesus now uses an illustration to emphasize and clarify the things which he has taught them. This illustration is of the nature of a parable. It is an illustration which must not be pressed in its every detail, but is to be seen as a further explanation of what has just been taught. Literally the illustration presents the impossible. No man can have a beam in his eye. Jesus uses the extreme to make it unmistakably clear what he has in mind. The brother has a mote, a sliver, a small bit of wood in his eye. You have a beam, a large piece of wood, in your eye. That is the contrast. This illustration is now applied to the matter of judging one’s brother.

In judging one’s brother a man does not even notice the beam which is in his own eye. But the mote in the brother’s eye looms large! This is a common evil. Jesus does not teach that the faults of a brother are necessarily smaller than one’s own faults, but those which we can see in him are smaller than our own! You cannot look into the heart of your brother. You see only the outside. the expression of a sinful heart. That is a mote. One who is at all acquainted with himself knows that there is much more evil in him than meets the eye of another. That is a beam. 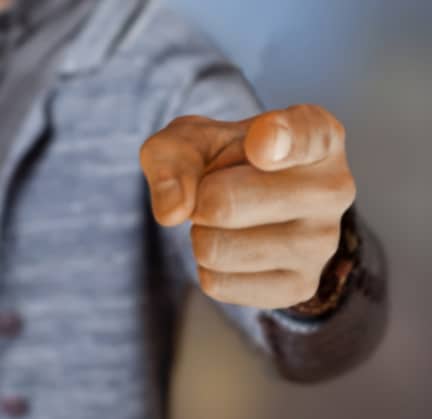 If this teaching is obeyed, there will be no hasty judgment and no merciless judgment because you know the pain of your own faults. Those who do not follow this teaching are called “hypocrites.” Theirs is not a righteous judgment. They are guilty of the sin of self-righteousness.

Although verse six forms a new paragraph, the connection with the foregoing seems to be much closer than Calvin thinks. We may not neglect the mote in the brother’s eye. However, be very careful to whom you s pea k concerning his faults. Surely, the beam must first of all be removed from your own eye. Even after this beam has been removed and you are therefore able to see clearly, you cannot remove the mote out of even) neighbor’s eye. Give not that which is holy to dogs, neither cast your pearls before swine. Holy things are things which have been set apart and consecrated to God and his service. Pearls refer to the same things. Such things are precious and must be used carefully. One simply doesn’t give holy things to dogs, nor does one give pearls to swine.

By dogs and swine Jesus means people! In Palestine dogs were street scavengers and swine were held to be unclean. There was something loathsome about both. There are also people for whom no name is too degrading. These are the mockers. Don’t give holy things, pearls, such as the promises of the Bible to those who are mockers. They will ignore them and turn ·upon the giver. No good purpose is accomplished but grave danger results.

These words have often bee n quoted to excuse failure in witnessing. However, the command of Christ still stands, “Preach the gospel to all creatures.” Apparently in preaching we are not to ask who may be dogs and swine among the hearers. These words of Jesus have application only to those who have heard the Word, have hardened themselves, and have revealed themselves as markers. Don’t give these valuable things to them! Leave them alone. They mock everything holy.

One may not easily conclude that his fellow-man is a dog or swine. He must have made it unmistakably clear that he is a mocker before we may ever treat him thus. Remember: Jesus preached to publicans and harlots!

1. May we ever judge fellow-believers? Must we judge them?

2. Why is the judgment of a fellow-believer usually not taken graciously?

3. Do you think it is fair that God fudges us by the same standard we have used to fudge others?

4. Do the “details” of a parable ever have meaning? Explain.

5. Are most of our judgments of others for the purpose of ridding him of his faults?

6. Should we reprimand everyone who blasphemes?

7. How do we misapply the words of verse six?