Have you said, “If I hear another word about Y2K I’m going to scream!”? Well, start screaming because this isn’t a done deal yet. It’s obvious that the threat was very real since American corporations don’t make a habit of pouring millions of dollars down “non-issue” drains.

Our nation and even the world seems to have dodged the millennium bullet. Personally, I am delighted that my lights work and the shower pours forth hot water on cold winter mornings. 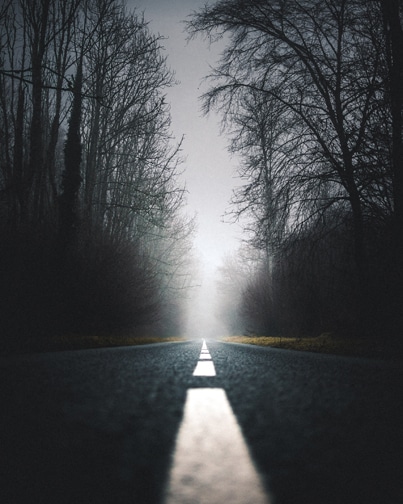 However, before we start up the band and sing “Happy Days Are Here Again,” let me give you some food for thought. It would be foolhardy to think that we have faced down the last great enemy of our lives and that from here on out it’s nothing but smooth sailing. We still live in a nation where 1.3 million innocent babies are cut off from life every year. Most of those children lose their lives because others do not want to be inconvenienced, because the costs are too high (in their estimation) to carry the child to term, and because there are many in the medical profession who handsomely profit from this money-making industry.

You cannot spill that much innocent blood and not be held accountable, much as our country would like to think so. lance did a radio interview with Curt Young who, at the time, was the president of the National Right to Life organization. I asked him if he thought God would judge America for the lives lost. His response made my eyes snap open wide. He said, “It is not a matter of if God will judge this nation, but only an issue of when.”

No civilization has ever walked down the path that we, as a people, are traversing, and lived to tell about it. Are we so arrogant as to think that we will be any different? Nobody likes “prophets of doom.” I’ve seen disheveled street people with sandwich boards slung across their bodies that say, “Repent, for judgment is coming” or wording to that effect. I think Satan loves to parade such people across our collective consciousness because when a true prophet of God comes (maybe in a shirt and tie, and seems to be in his right mind) and preaches a similar message we can easily dismiss his warning as we conveniently put him in the same box as the seedy-looking character with the sandwich board.

I now believe that when the bottom really does fall out we won’t have much time, if any, to prepare. What I am trying to say is this—don’t let your guard down.

Don’t put your head back in the sand if that’s where it used to be. Don’t think as Jesus said, “peace and safety” for then, He goes on to say, “sudden destruction comes.” Christian, if you failed to prepare for the Y2K crisis that, I admit, has yet to materialize, you are not wise to be smug in your lack of prudence.

If you did prepare then don’t dismantle what you set aside as one might remove sheets of plywood after a hurricane has harmlessly passed you. I assure you, there will be more deadly storms to come. Stay vigilant. Stay on your knees. Stay focused upon Christ and His continuing commission for His people to be salt and light as we take the gospel into the culture. My thanks to all of you who worked so hard to keep our water hot, our lights on, the hospital working, and all the rest of those common conveniences that we take for granted every day. Thanks to you who prepared for your own family and for others who either did not have the foresight or the resources to prepare. I remind us all of what Yogi so eloquently said one hot summer’s day: “It ain’t over till it’s over” and believe me when I tell you on the authority of God’s Word—“It ain’t over yet!”