On Wednesday, June 15, 1993, we were seated in the Fine Arts Center at Calvin College, very thankful that the majority committee regarding women in ecclesiastical office was recommending upholding the decision of Synod 1992 which maintained the wording of Church Order Article 3.

How could this happen? This is the question which continues to echo throughout the denomination. Our telephone rang non-stop Wednesday evening and all day Thursday. Calls came in from California, Canada, New Jersey, Chicago, Iowa and many parts of Michigan. 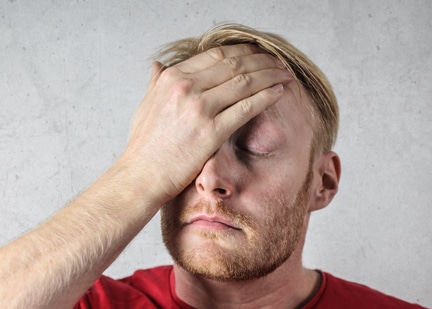 This happened because a majority at synod can do what it pleases, even if it means circumventing its own rules.

Article 31 of the Church Order says there must be “sufficient and new grounds” to reconsider a decision of a previous synod.

Were there “sufficient and new grounds”? It all depends on what the majority thinks.

Imagine the following scenario. The decision of 1993 is ratified (a term the liberals object to because it is “political”—even though it is the term used by the Church Order) in 1994 and we conservatives come to Synod 1995 pleading to “reconsider the decision to ratify Article 3 of the Church Order because our consciences are bound when the Scripture does not bind them and there is unrest in the churches.” Can you imagine the reaction fro m those who were pushing to change Church Order Article 3 in 1993? These two “so-called” grounds would be thrown out immediately.

But the majority at synod can do what it pleases!

When a majority at synod can do what it pleases without regard to its own rules, one does not have to wonder where it is going. There is anarchy in the church court. The minority becomes brutalized by the majority. The apostle Paul said in I Corinthians 14:40 that all things are to be done “decently and in good order.” The brutalizing of the minority by the majority without regard for the rules of operation is not doing things “decently and in good order.”

The opening of all the offices to women bodes very poorly for the future of the church. The method of interpreting Scripture to get around  the obvious meaning of Paul in I Timothy 2:11 and 12 by saying it was the cultural historical setting referred to and not an abiding principle, is going  to cripple us with regard to further issues. Already we are hearing that Paul in Romans 1 is only “quoting sources of his day with which he does not agree” in this passage about homosexuality. In other words, what appears to be a dear condemnation by Paul (under the inspiration of the Holy Spirit) of homosexuality in Romans 1, is really only Paul quoting some sources of his day, and he does not agree with them. Will you please get out your Bibles and see if you get that meaning out of that passage?

We already know of one CRC where the pastor is openly using feminine nouns and pronouns for God from the pulpit because “the Bible is not clear about it.”

The hermeneutical handling of Scripture to defend women’s ordination is opening a pandora’s box of trouble. If a majority at Synod ‘94 approves ratification of the change in Church Order Article 3, that is the way it will be.

The question we face is this. What are we going to do about it? We have been asked to close ranks behind the decision of Synod 1993 and work for healing. As we think about this request, the words of Jeremiah come to us: “They dress the wound of my people as though it were not serious. ‘Peace, peace’ they say, when there is no peach” (Jeremiah 8:11).

We cannot work for healing when disobedience to the Word of God remains unchecked and even promoted. If we want God”s blessing on our church, we must do God’s will, God’s way—the way of total obedience to His Word.

As you can tell, my wife and I are openly opposed to the decision of Synod 1993. We will not accept it; neither will we live with it—now or ever. One person has said to us, “Well, you may have a plant in your garden that you do not like. You ain’t have to eat it.” We want to point out the inexorable fact that we will eat it if Synod ’93 is ratified. We will be made to pay for it and so will you. Our children will be educated to accept it as normal. Our participation on official levels (consistory seating, family visiting, church visiting, classis and synod) will be expected (eventually enforced).

Where docs that leave us? We must look up and link lip. We must look up to our God whose honor is at stake here. We must pray fervently for our church in the year which is ahead. We must also link up. Many conservatives feel betrayed and bereft. A breach of integrity and a loss incredibility has been demonstrated by Synod 1993. The seriously defective hermeneutic used by those who have advocated women in office will continue to be used in the years to come on issues such as the feminizing of God, homosexualityI abortion, creation/evolution and—?????? Combating this in the CRC will perpetuate the tensions caused by division and will cost the conservatives valuable time, energy and money which could be productively used in exerting a positive influence in the arena of the Reformed faith at large and the needs of evangelizing communities around us.

There is a pressing need for all consistories and individuals of like mind to unitedly address Synod 1994. We are convinced that the majority of the people in the CRC do not approve the new hermeneutic which opens the offices of elder and minister to women. We must encourage elders to make themselves available for synod. What happened in Classis Grandville last January happened 10 more classes as well. All of the churches of Classis Grandville were asked to present elder nominees who could serve at synod. Only one consistory did. So there was only one elder nominee from over 20 churches. A co-pastor was recruited to stand in as an elder so we could have two elder delegates. The Classical Interim Committee was asked to choose the alternates. If this is symptomatic of the interest of the elders in the affairs of the church, God help us!

As we walk through the 10 months left before Synod 1994, make prayer the #1 priority of your life. Also, determine to read. Hosea 4:6 says, “My people are destroyed for lack of knowledge.” Too many people are bewildered, wondering how we ever got to this point. And, is it really that bad? And, will it really affect the future direction of the church? All these questions and many more have been dealt with in the pages of The Outlook. If you would like a packet of all the articles which have appeared in the magazine from January ‘90–June ‘93, write our Reformed Fellowship office and we will be happy to send one. All articles may be duplicated for further distribution.

Having said that, we now invite you to read a close-up on Synod 1993 prepared by our three reporters, all ordained ministers in the CRC: Rev. Mark Vander Hart, Rev. John Engbers and Rev. Derrick Vander Meulen.