A report by the Department of Education about American public school students’ ignorance of history is no surprise. Similar studies have shown a mostly discouraging trend for more than 20 years. But the response from those who are responsible for the deplorable intellectual and social conditions in schools, while not surprising, is a triumph of denial.

Government surveys asked 22,000 students in every state about their knowledge of American history. Half were found to be unaware of the Cold War and nearly six of 10 knew little or nothing about the origins of our republic.

This, at a time when the nation is spending more money on schools than ever, and unbelievably public education activists tell us that the reason students aren’t learning is that we’re not spending enough. Some might ask why we did a better job educating children in one-room schoolhouses than in pricey public schools. Taxpayers should wonder whether the problem has less to do with money and more to do with what is being taught. 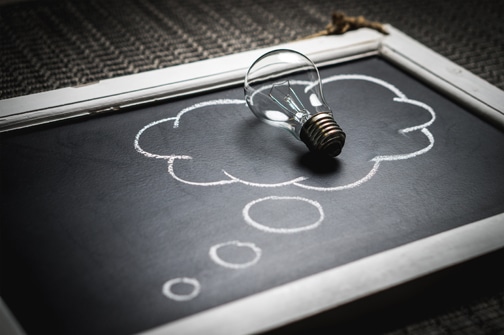 The modem education system has been front-loaded with elitist propaganda that does little to give students a firm foundation of knowledge that will prepare them for the modern world. One recent survey found that in many cases four periods of the school day are consumed by nonacademic subjects, such as the environment, sex education, self-esteem, driver’s education and physical education.

Even the good stuff has been polluted by the politically correct who believe it more important to study 14th-Century African kings than the Magna Carta or early American heroes like Paul Revere, Thomas Paine and George Washington. (Dead white males with European roots, you know.)

Lewis Lapham, editor of Harper’s magazine, thinks the pathetic state of contemporary education is the fault of those who want to take us back to the days when children were taught differently—a period in which they were truly educated. He blames “political demagogues” for the ignorance of so many students. Writing in the New York Times, Lapham blames those who believe in the Bible for dumbing down the children, not those, like himself, who revel in their disbelief. He links such persons to a Harvard professor he says has “verified the sighting of intergalactic aliens.”

Lapham has a tough case to make, given the fact that his secular soul-mates have succeeded through the courts in stripping the schools of any favorable references to God. (Blasphemy is protected by the First Amendment.) But he gives it a try.

“Against the vivid cries and promises of transcendence,” writes Lapham, “we have little else with which to preserve and extend the world of civilization except the voices of experience.” Right, and look what the “voices of experience” have produced.

Lapham gets to the heart of the problem when he reveals his own focal point of faith: “Across all of the world’s time zones, the adherents of one or another of the ancient superstitions wage their furious assault on what for the last 200 years has been known as the Spirit of the Enlightenment.”

It is that spirit, beginning with autonomous man rejecting God and wisdom that does not come from the mind of man, that has produced more deaths at the hands of governments in this century than any period in history. Yet, while we’re waist deep in the Big Muddy, the big fools who brought us to this moment—those who believe in the perfectibility of humankind—say to push on, with themselves in control.

No thanks. In “1984” George Orwell invented the “memory hole.” All history, all books were to be put down this hole to erase a people’s memory of their past so that totalitarian forces might move in and create a new history. That is precisely what the real enemies of education and of history have done in America. For them to blame people who believe in a Power higher and people who believe in a Power higher and greater than themselves is like blaming gravity for killing me if I jump off a tall building. Reject the truth and you suffer the consequences. Lapham’s least favorite book notes that “God is far wiser than the wisest man.” Those who used to be in charge of American education believed that. Does Lapham judge Abraham Lincoln and Alexander Solzhenitsyn as ignorant because they read and believed the Bible?

The last Department of Education survey again proves the necessity of opening up government schools to competition. School vouchers and the freedom to choose have never been more needed. But Lapham and his associates won’t easily surrender. We have to take back our children, at whatever cost, from a system that has betrayed them and the country.