In the “Reformation Day” issue of Church and Nation we find some pointed remarks on the need for continual reformation. Especially the preaching of God’s Word, which is the dominant feature of worship in the Reformed churches, demands attention. In a brief but pointed article the Rev. F. Guillaume makes mention of this.

“Unless we make special study of this subject, it usually escapes our attention how much influence the Reformation exerted on preaching in the churches. In the church in which Luther served as a monk the preaching had suffered a pernicious change. From the heights which it had enjoyed in the days of Augustine, it descended to the dubious level of moralizing messages, lengthy descriptions of the lives of the saints, and detailed expositions of all possible meritorious works.

“Also as a result of the approach of the Reformation, ‘By grace only’ and ‘By faith alone’ the reformers at once established a totally different ecclesiastical preaching and themselves pursued this with all their powers…”

The writer is concerned about preaching in our days.

In his opinion much that passes for Reformed preaching no longer clearly bears the stamp of Reformation principles. He urges that especially those preparing themselves for the ministry of the Word study the history of preaching as well as the underlying principles to which our churches are committed.

To demonstrate how necessary he deems this to be, he cites an example of what much of our preaching may perhaps be.

“Sometime ago an ecclesiastical assembly listened to a sermon about Esau bargaining away his birthright to Jacob. In this sad history Jacob under God’s direction received. all the rights of the firstborn son. This is therefore part of God’s self-revelation and of his redemptive work, cutting across the crooked paths of man’s sin. What majestic perspectives are opened here! What a gripping message may be heard here! Whoever takes hold of this text with the question: What does God say here? and does not rest until he has received an answer to this question will undoubtedly administer God’s Word to his congregation and become the means in God’s band by which the congregation shall learn to understand this part of God’s Word more clearly. The author of the sermon mentioned above, however, arranged his thoughts under three heads and preached about 1) the sale; 2) the buyer; and 3) the seller. Thus for him man’s activities occupied the central position, and he engaged the attention of his audience with the story of what those people did. In this way little remains in our day of reformatory principles for preaching. Did we not hear Luther say that it must be so, that God can again speak to his people?’”

By means of articles, addresses and rallies we usually commemorate the Reformation each year. We ask our people to remember what great things were done for the churches so many years ago.

Might it not be more profitable for all, if we took time out to study what the Reformers actually believed and taught? And becoming better acquainted with this, should we not pledge a renewed loyalty to those principles which they found in God’s Word? Then as individuals and churches we would be truly engaged in reforming ourselves according to the Scriptures…also in our pulpits. 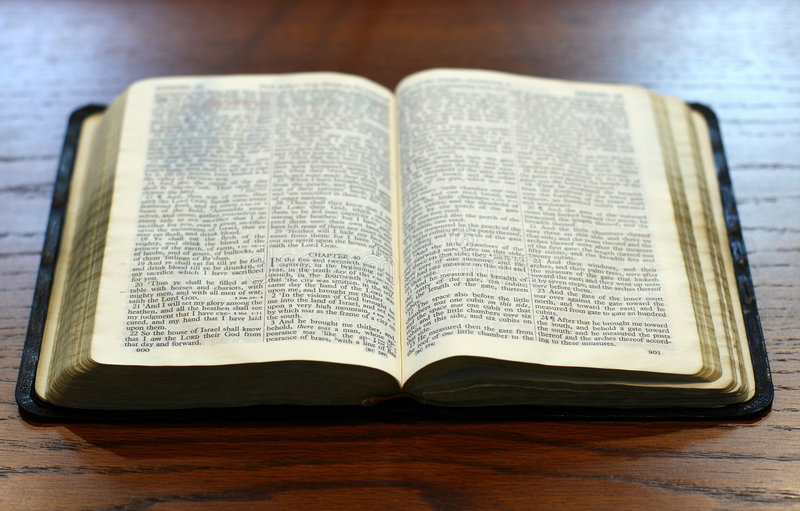 DO WE KNOW HOW TO WORSHIP?…

Frequently complaints are registered about our stereotyped church services. Sermons are regarded as dull and drab. Singing no longer stirs the hearts. Prayers seem to lapse into a repetition of cliches Sunday after Sunday. As a result, people leave the house of the Lord without being touched and transformed.

Just where the fault lies may be difficult to pinpoint. Perhaps it lies with us all.

Recently Prof. David W. Hay of the Presbyterian Church in Canada went to Moscow. The trip was undertaken by several theologians from the United States and western Europe at the invitation of Archbishop Nikodim. Its purpose was to discuss in some detail the theological issues which divide the Russian churches from other member churches in the World Council.

On this trip he reports in The Presbyterian Record.

He and his friends, so he relates. had opportunity to observe something of ecclesiastical life in the capital of Russian Communism. After worshipping in both Baptist (Evangelical) and Orthodox churches. he reported, “To me the major refreshing thing was to be in a church where worship is still loved and enjoyed as man’s major activity. They (the Russian worshippers) have a sense of the nearness, the mystery, the majesty and joy of the transcendent that is not much to be found among us. Our worship is too full of self-concern. Perhaps we are stronger on ethical dimensions than they are, but the dimension of worship belongs to the larger realm. They know how to adore God better than we do.”

Here we are not concerned with the underlying assumptions which motivated Professor Hay’s judgment, although much could and likely should be said about them. Nor have we any adequate standard by which we who have never been in Russia can evaluate his opinion. Yet his comment about Canadian and American church worship appears to be much to the point. It is “too full of self-concern .”

This calls for reformation.

Here we don’t need first of all a radical change in patterns. We need, rather, a radical change of heart. Man may not stand at the center of worship, not even with all his needs and problems and aspirations. In our lands we take preaching too much for granted. We are tempted to doze during the prayers, especially if we find them phrased in simple and somewhat stereotyped language. We sing with very little zeal. Most people, and let us be honest, seem to go to church for what they think they can get out of it. And no external change will change this sickly condition.

Let us stress, in season and out of season, the rich privilege which God gives. He invites us to meet with him and his people. He promises to open to us his Word of grace. He assures us of his blessing. But, and this we ignore at our peril, he delights to dwell among the praises of his own. We come to offer up ourselves as living sacrifices of thankfulness through our Lord Jesus Christ. That alone will stir us to true adoration!

PRAYING FOR THE PREACHER…

People often gripe about their preachers.

This parlor-game is played with devastating consequences in many homes which pride themselves on being Christian and closely associated with the church. Usually the people who play this game get little blessing from the ministry of the Word, since they have failed so miserably in their first and fundamental duty. Into their church worship they have failed to put the important ingredient of their daily, fervent and humble prayers for the preacher.

In Church and Nation our attention is directed to this by the Rev. C. J. Hoyteroa. He reminds us of the ministry of Spurgeon, the English preacher so highly esteemed among us even today.

“Some of the most solemn warnings Spurgeon ever gave his congregation were of the danger of their ceasing to be dependent upon God in prayer. ‘May God help me, if you cease to pray for mel Let me know the day and I must cease to preach. Let me know when you intend to cease your prayers and I will cry, O my God, give me this day my tomb, and let me slumber in the dust.’

“These words were not the eloquence of a preacher; rather they expressed the deepest feelings of his heart. On one of his visits to the Continent Spurgeon met an American minister who said, ‘I have long wished to see you, Mr. Spurgeon, and to put one or two simple questions to you. In our country there are many opinions as to the secret of your great influence. Would you be good enough to give me your point of view?’ After a moment’s pause, Mr. Spurgeon said, ‘My people pray for me.’

“Spurgeon believed that without the Spirit of God nothing could be done. When his congregation should cease to feel their ‘utter, entire, absolute dependence upon the presence of God’ then he was sure they ‘would ere long become a scorn and a hissing, or else a mere log upon the water.’

“Throughout Spurgeon’s ministry this concern remained uppermost in his heart. ‘If there were only one prayer which I might pray before I died, it should be this: Lord, send thy Church men filled with the Holy Ghost. and with fire. Give to any denomination such men, and its progress must be mighty: keep back such men, send them college gentlemen, of great refinement and profound learning, but of little fire and grace, dumb dogs which cannot bark, and straightway that denomination must decline.’”

Is it wrong to wonder just how seriously the preachers and people of our Reformed churches take such prayers?