First there was phys-ed. Then came driver’s-ed. Next it was sex-ed and then drug-ed, followed by environment-ed. Now, President Clinton wants to add “diversity education” to the long list of non-academic subjects, even though surveys show the government schools are failing to achieve minimal standards in such critical areas as reading, science and geography.

At a White House conference on “hate crimes” held at George Washington University, the President and several Cabinet officers endorsed a K-12 plan to teach children to be tolerant of racial minorities, homosexuals and the disabled. What makes anyone think the government will be more successful at directing young people’s behavior in this area than it has been with drugs, sexual activity and driving?

The most offensive idea promoted at the one-day affair was the administration’s belief that parents are as incapable of teaching their children not to “hate” as they have been ineffective teaching them about sex and drugs. That the schools have failed to achieve their stated objectives in these areas does not deter government from seeking more power.

“Don’t you think you almost have to have an organized effort to do it?” asked the President. “There would almost have to be some sort of club or organization at the school — because if you think about it, your parents are pretty well separated.” As part of this new federal intervention, the departments of Justice and Education will be sending “anti-hate crime resource guides” to your school district. 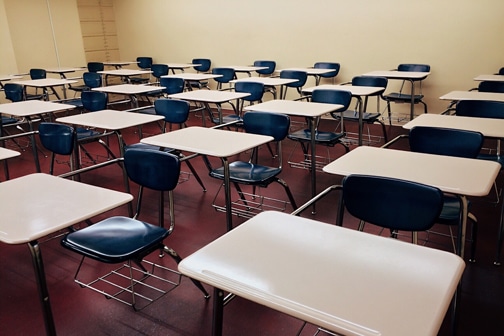 Yes, it takes a village, doesn’t it? You parents are a bunch of bigoted imbeciles who probably tell racist jokes and make fun of gays, lesbians and the disabled. Your kids pick this up and that’s why they grow up to be just like you. Only the government, through its re-education camps…uh…schools, can straighten out this mess. Give them your poor, tired children and they will set them free from their homophobia, racism, sexism and disability-ism.

To the Clinton Administration, diversity means there is no right or wrong and that no life-style, nation, belief, economic or political system is to be preferred over any other. If that were true, why do so many want to immigrate to America?

This latest, but probably not last, effort by the government to reprogram the minds of our children must be resisted. Concerned parents are wasting their time trying to reform a corrupt system. Parents should reassert control over their children’s lives by pulling them out of the government schools. They should see that their children are educated according to their own values and beliefs, teaching them the truth about history and every other subject the schools once taught but have now mostly abandoned.

In Los Angeles, former state Assembly woman, Paula Boland, is leading a drive to break up the Los Angeles Unified School District, a $5.3 billion government bureaucracy that encompasses 708 square miles. Boland chairs a group called “Finally Restoring Excellence In Education” (FREE). It opposes the district’s social agenda and its refusal to establish a core curriculum and fiscal accountability. FREE Executive Director, Scott Wick, tells me that LAUSD relentlessly pursues a social agenda that includes the promotion of homosexuality, free condom distribution and the teaching of 12-year-old girls how to dispose of used condoms and to lie to their parents about sexual activity.

Other efforts, including a new one based in Greenville, SC, called “Exodus 2000,” are designed to encourage religious parents to withdraw their children from the “pagan public schools” and to either educate them at home or in Hebrew, Christian or other religious schools. Still other proposals include education savings accounts and school choice vouchers.

The education monopoly should be ended. Parents are not the enemies of education. Most do not promote hate. We’d be better off if we stopped trying to change the system and, instead, withdrew the raw material the government schools need in order to impose a left-wing, pagan agenda on a new generation.