It was probably the largest gathering Washington has ever seen, but the real power of “Stand in the Gap,” sponsored by the Christian men’s movement known as Promise Keepers, was in its consistent refusal to speak of, or attempt to influence the government. Even the stage was turned away from the Capitol building. Speakers had their backs to Congress. They had come not to petition government for a redress of grievances, but to petition a much Higher Authority for a remission of personal and national sins.

Washington is flummoxed. The gathering could not be explained and those in the big media who tried were mediocre at best. It was as if no one spoke a language they understood. A few politicians, Democrats and Republicans, were in the massive crowd, but none received “We come special treatment or recognition.” Promise Keepers’ President, Randy Phillips, said, “We have had too high a view of the power of Man and too Iowa view of the power of God.” For some who view government as God, this was a great awakening. For six hours, “Stand in the Gap” seemed to say that we’ve tried the power of Democrats and Republicans, liberals and conservatives, political majorities and coalitions, organizing and protesting, boycotting and lawmaking, but none of it has formed a more perfect union. Los Angeles pastor Jack Hayford set the right tone early when he said, “We come not as protesters to claim our rights, but as sinners to confess our wrongs.”

Many people seem to have forgotten about sin in an age where we are all supposed to be dysfunctional victims of someone else’s wrongdoing (though nothing is considered objectively wrong anymore because such standards have been obliterated in our pursuit of “tolerance”). A tiny contingent of the National Organization for Women tried to perpetuate the stereotype that Promise Keepers is the latest incarnation of the “Religious Right,” and wants to seize political power by stealth. But a Washington Post survey found that one-third of the men said they came to confess their sins, while a majority of men with wives who work outside the home said their wives work hardly ever conflicted with family life. Ninety percent said husbands should equally share in doing housework, disciplining children and making “big decisions.” That doesn’t sound like a swarm of guys trying to force women back into the kitchen and chain them to the bedpost.

Something is stirring in the land. It’s too early to call it a third Great Awakening, like those preceding the American Revolution and the Civil War. But just as the pope continues to draw huge crowds, most recently in secular Paris and in Brazil, where more than 1.5 million came to a Sunday Mass, people are growing tired of government and culture that fail to produce the basic moral and spiritual necessities of life. Indeed, they are recognizing that government cannot produce these things, no matter how good the intentions. 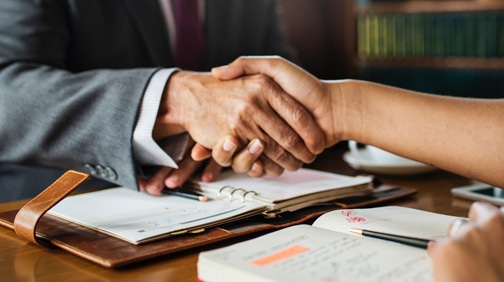 That’s why Promise Keepers is sounding the right call, not to earthly power, but to a personal acknowledgment of human weakness, to a kingdom not of this world. People are hungry. And politicians have become irrelevant in the feeding process.

The biggest temptation for the leadership of Promise Keepers will be to organize, incorporate, even politicize the movement. If they do, it will fail. They should keep their hands off and see what this God of theirs might do.

In his letter to the Romans, Paul writes that God has built “futility” into His creation, “in hope that the creation will turn to Him.” That is what the frustrated now seem to be doing. What may follow is beyond any power on earth to stop.