Following the “normalization” of premarital sex, divorce and homosexuality, I have been wondering when and which of the few remaining dominoes dealing with personal morals would fall. It appears the next to go will be adultery.

Several press reports indicate the adultery domino is already teetering. The Air Force brought several charges, including adultery, against Lt. Kelly Flinn, the first female B52 bomber pilot. Flinn admits to an affair with a married man. The New York Times characterized it as “violations of the heart.” Wrong organ. CBS’s Morley Safer rolled his eyes during a “60 Minutes” interview with Flinn, communicating his view that the idea of punishing adulterous behavior is a leftover relic from the era of witch trials in Salem.

Another press report tells of Army men visiting a brothel in Ciudad Juarez, Mexico. A 33-year-old married soldier, who paid $40 for five minutes of sex with a prostitute, explains, “Everyone is human, it’s going to happen;” as if “humanity” and its lower inclinations are the new standard. Would his wife agree? Would he feel the same about humanity if she was the cheating spouse?

Then there is the story of broadcaster Frank Gifford, who was caught on videotape by a supermarket tabloid, embracing a woman who is not Kathie Lee Gifford. Initial reaction was about entrapment and “press ethics;” not the damage adultery causes to the wife and kids.

Rushing to keep pace with the cultural decline are at least 40 member churches of the Presbyterian Church (USA),which last week Signed a “covenant of dissent” signaling their non-cooperation with the denomination’s “fidelity and chastity” law. That law, soon to be adopted, requires church leaders not to engage in sex outside of a male-female marriage bond. If some churches start going wobbly on a central Biblical teaching, what are the rest of us to think? 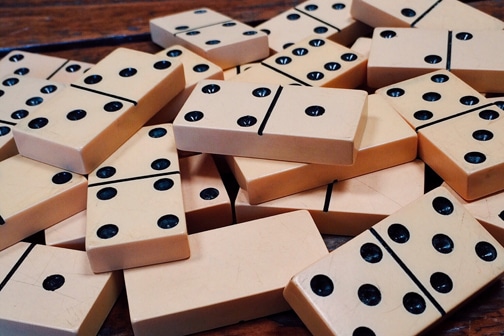 Indeed, the author of the Mosaic code deduced from the seventh commandment prohibiting adultery that people who committed it were to be stoned. Jesus said of the woman allegedly taken in adultery (which looked like a setup to entrap Him) that she should “go and sin no more.”

Adultery is about breaking an agreement—to forsake all others until death parts the agreers. That some high-profile people, such as Donald Trump, Lt. Flinn and, apparently, Frank Gifford, engage in adultery does not repeal the law given for our individual and corporate benefit.

Why do we treat perhaps this most sacred of human contracts in such a cavalier manner? Today, adultery is largely regarded as less offensive than a politician’s broken promise.The breaking of a business contract is more universally condemned than the violation of a marriage contract. Yet, the consequences to a society which lowers its standards for such things is broken homes, broken children and, ultimately, broken society.

Infidelity is primarily about lying.That is why it is incorrect to assert that a politician, or anyone else, can be one person in his or her “public life” and another person in private. If one lies about a marital promise, on what basis do we judge his standard for truth-telling elsewhere? Some politicians who promote themselves as favoring “women’s rights” see no inconsistency in violating their marriage contract through extramarital affairs, divorce or “annulments.” What about the tights of the woman who has been victimized by her predator husband,whose first responsibility is to preserve and protect his family?

Most states continue to treat adultery as a misdemeanor and everywhere it is grounds for divorce. But seeing the dominoes that have already fallen and the deaf ear we have turned to the seventh commandment (and all the others), give it time. It won’t be long before adultery is taught in our public schools as “normal,” “human,” even beneficial.