Using his (or her) father as a punching bag, the young teenager said, “Boy, Dad, am I fulla pep.” That’s the young teenager. He is full of new, bursting energy and doesn’t know how to handle it. The vitality seems to run off into a hundred wonderful directions at once, and the amazed parent wonders what has come over his child.

Why a Social Code for Teenagers?

Is there any point in trying to set up a social code for a creature like this? Let us realize at once that there is no point in trying to arrange any kind of social strait-jacket for the young teen-ager. Rigid controls, allowing for no flexibility, are of little use in directing the kind of energy represented by the young teen-ager. But this does not mean that there are to be no set rules and that the youthful drive is to be permitted to blow itself as it wills. By no means. It is a mandate as old as human history that culture is possible only when natural forces are “subdue” (Genesis 1:28). This also holds true for the energies that are present in the life of man. They too must be “subdued,” directed, channeled.

What is presented here comes with no pretense of finality or adequacy. Many points will not be touched. Not every detailed item but rather main principles will be presented. Points of detail often have to be worked out in the living, loving family situation in which they occur. 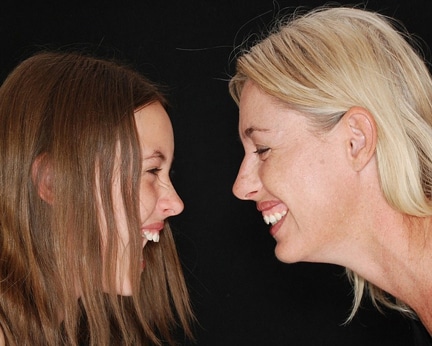 For Teenagers from Twelve to Sixteen

A final preliminary remark is in order regarding the age group covered by the contents of this article. It would be downright foolish and even hazardous to attempt to formulate a social code that would be applicable to all teen-agers from thirteen to nineteen years of age. This article has in view teenagers from the age of about twelve to sixteen. Strange as it may sound, the teen-period of life probably begins before the actual teen years, that is, those that begin with thirteen. Such artificially set boundaries do not occur in life. For that reason our chosen range of twelve to sixteen is also somewhat arbitrary.

Setting in Which Code Is to Work

The very finest conceivable social code is worthless if there is not the proper setting in which it can work. Without such a proper setting we would only be adding law upon law and precept upon precept, all to no avail in the direction of teenage life.

Of highest importance in this setting is always the home. This divinely ordained basic unit of society, with its strong biological, emotional, and spiritual ties, is easily the most determinative agency in the formation of life and conduct. No other agency can begin to take its place, for good or for ill. The interlocking of all these factors makes the home crucially important. Seeing this fact clearly adds depth to our insistence that the proper setting for the operation of a social code for teenagers is a covenant home.

Let us try to put a little substance into that basic concept.

With regard to the home, which is to serve as the proper setting for the working out of such a social code, we would make the following observations:

1. Have the growing children had the feeling from the start that they were the objects of a constant and faithful love? Have they sensed that their total well-being was more important to their parents than money, social prestige, business activities, and a million other things? Which have they known better, the parents or the babysitters?

2. Has the home been marked by a high and wholesome spiritual tone? Has there been a deep and keen piety without “piosity,” genuineness of religious life without pretense or sham? Has it been a house of humble elevation to God’s Word and law, and of much earnest prayer?

3. Is family life, as centered in the home, or in its outside activities, for all the members? Have there been family vacations, family fun with all participating?

4. Has natural affection come to expression in the home, between father and mother, between parents and children, and among the children? Have the two extremes of prudishness and gushing hot-house sentimentalism been avoided? Has there been an avoidance of silly talk, silly teasing with veiled references to things sexual and socia-sexual?

5. Has there been a firm note of authority in the home, authority bathed in love? What has been the final court of appeal in the home: parental whim, personal convenience, children’s desires, or biblically grounded authority reflecting the sovereignty of the holy God? And as the teenager has brashly insisted on his independence, have the parents kept the reins of control in hand or have they caved in before the avalanche of youthful insistence on more freedom? Have the parents held the reins of authority with such firmness and wise flexibility that the budding personality of the teen-ager may retain both a sense of security and a sense of being somebody?

6. Have there been enriching and challenging cultural factors in the home? Has there been insistence on good manners and considerate behavior toward all? What has been the level of talk? Has family talk been on the level of how much money the neighbors make or on the level of the glory of serving Christ’s Kingdom? Have high educational ideals been held before the children throughout their developing years or has financial success held top priority? Have good music and good books been life-long friends of the teenager?

A. Remember that you are always a Christian. This does not mean that you can have no fun, that you are a “drip” or a “square.” But it does mean that at all times your conduct must be in harmony with the Word of Cod and under the control of His Spirit.

B. You are never alone. Your life touches many other lives—of parents, friends, teachers, fellow-students, etc. Be sure that your life touches others with blessing, not with grief or heartache.

C. Don’t be afraid to be different, and to stand alone for conscience sake. Group approval is important to a teenager. Do not let it become too important, more important even than God’s approval. This is one of the most tempting pitfalls of youth.

II. As to Your Home–

A. Respect your parents at all times. If you think they are unreasonable at times, remember that many an adult felt the same way about his parents when he was young; but today he thanks them for not always giving in to him. “You weren’t half tough enough with me, Dad,” said a young man now grown up who had been difficult for his conscientious parents to deal with as a teenager. Your parents represent God to you. Disrespecting parents means disrespecting God.

B. Center your life in your home as much as possible. Don’t hang around street corners, drug stores, and hamburger joints. Bring your friends home. Your parents want to meet them and make them feel at home.

C. Remember that home is a place for good fun and happy fellowship. Bnt it must always be respected as home, and may not be made into a mad-house. The antics of Freckles and his friencls may be amusing in a comic strip, but they have no place in a Christian home.

D. Politeness begins at home. The Christian should always be considerate of others. That is the very heart of good social behavior. The teenager tends to be very self-centered. Let him practise politeness and consideration for others at all times.

III. As to Your Church and School

A. Attend church regularly, sitting as a rule with your family. One of the finest sights to behold in a church is a whole family sitting together in worship. The family is the basic unit of human society and of the spiritual society.

C. Participate in the social functions of your school. Do not hold yourself aloof, even though at times you may feel like it. Don’t let the idea get hold of you that you are being left out or snubbed. The sure way to get friends is to be a friend. Withdrawing from social life and feeling “left out” is usually just a form of sickly self-pity. Do you want a friend? Be one.

A. Be friendly to all. “Thou shalt love thy neighbor as thyself” is a divine rule that does not put a limit on the number of neighbors. A Christian is a person with broad sympathetic, not narrow, “cliquey” ones. Beware of getting unduly involved in a social group or set that tends to become a select and closed group. We are bound to have some special, close friends. But that fact should not lead to the formation of an exclusive social clique. “Cliquey” people are little people.

B. Boys and girls in the early teens should meet socially in group affairs with a spirit of casual friendliness toward all. Pairing or matching of boys with girls other than that of a most casual kind (as in games) should be avoided. All such affairs should be chaperoned by qualified adults who are able to exercise competent control without overt suggestion of rigid supervision. Parties in homes where the parents or their chosen substitutes are not present should positively not be held.

C. Courtesy and graciousness shonkl characterize all relationships between boys and girls. A boy should want to show respect and courtesy to a girl. A girl should expect it, anel should so conduct herself that she deserves it.

D. Your friends should be Christians. (Please note I speak of friends, not acquaintances.) Friendship with those who exhibit disregard for God’s laws should be avoided. Youthful friendship is not an evangelistic agency.

1. Intimate, serious, steady dating is out of place in these years, especially in the earlier years of this period. Young teen-agers are not emotionally mature enough for such intensely exciting and deeply stirring relationships. Let’s keep these delightful, free days of boyhood and girlhood. The responsibilities of adulthood come soon enough.

2. A young teenage boy and a young teen-age girl who like to be together much of the time may insist that they do not intend to become serious; they simply enjoy each other’s company. Such company can be delightful. But let’s not fool ourselves. The deeper, overwhelming feelings that are part of dating and mating overcome us stealthily, and they cannot be resisted once they assert themselves.

3. If a couple are attached to each other toward the end of these early teen years, let them see each other in a limited way, usually in a friendly family setting or in high quality group affairs. When such young people avoid being together alone for long periods and limit their togetherness in the ways suggested, they are doing themselves a far greater favor than they are able to realize.

4. Young teenagers who persist in exhibiting their puppy-love by being together most of the time in partial embrace ought to realize how sickening their conduct appears to others. Youth characteristically lacks sufficient regard for the feelings of others. The exhibitions of puppy-love are one of the worst offenses on this score.