All Articles For theologian

All Articles For theologian 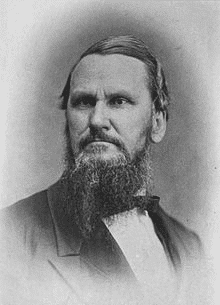 January 1998 marks the 100th anniversary of the death of notable Southern Presbyterian theologian, Robert L. Dabney. Dabney was a lively, zealous and influential churchman of his day, though one often unknown by contemporary Reformed Christians who are not of southern heritage. In the interest of remembering the efforts of Reformed theologians who have preceded […]

In my office at Mid-America Re­formed Seminary, there are two portraits of Reformed theologians whom I admire and seek to emulate in a small, limited way in my work as a professor of doctrinal studies or systematic theology. One of the portraits is a well-known sketch of John Calvin in his library. The other is […]