I suppose the one question many people asked when the Columbine High massacre hit the airwaves was, “Where in the world was God?” That’s a fair question, and it deserves to be answered.

The simple response is that He was where He’s always been — everywhere! It’s called the omnipresence of the Creator. So, was He at Columbine High School on the afternoon of April 20th? Of course! At the very least the Father, by His Spirit, was present in the life of Cassie Bernall as she answered the question, “Do you believe in God?” A moment later her teen interrogator would put a bullet in her head as Cassie responded (loud enough for her classmates to hear), “Yes, I believe in God.”

The next logical question is, “Why didn’t God intervene and stop the madness before it started?” That question touches on some ancient queries into the very nature of evil. Whether we like it or not, there are some puzzling questions for which our Creator has given us no clues in His Word. I am not so naive as to think that this is the only issue that put us in the lap of partial anarchy, but it sure didn’t help. Yet it is telling that bringing a Bible to school will get you in deep weeds almost as fast as bringing a weapon on campus, and I assure you that stricter gun laws will not solve the problem. The heart of the issue isn’t gun control — it’s the HEART itself.

People do bad things because mankind is not inherently good but terribly bent in the wrong direction. The Scripture clearly says, “There is none good, no not one” (Romans 3:10). Some want us to believe that Eric and Dylan were simply misunderstood lads whose parents somehow failed them. Well, I have no doubt that their parents could have done a better job in raising them, but what parent is above that indictment? 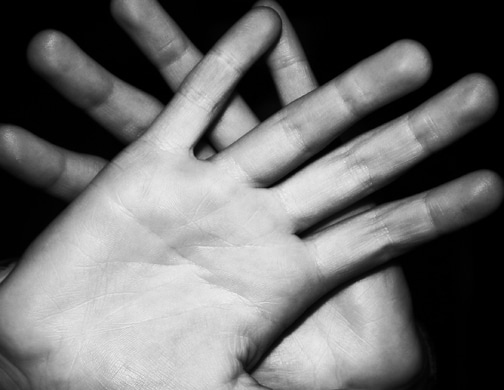 The truth is that Eric and Dylan had a sin nature that would either be controlled by a saving relationship to Christ or corralled by external standards of society.

The Lord seems to be allowing our country to feel the terrible impact of its decisions. As a culture, you cannot target God for extinction or marginalize Him to edges of irrelevance and not pay a very high price for such arrogance. If any of us expect things to improve, then I would guess we have become insane since one definition of that word is doing the same things over and over again and expecting different results.

As a matter of fact. I fully expect things to get worse (apart from a true revival). Our children are being raised in a largely godless, existential. pagan society. I say that with no joy, for my own children are now reaching the age of inheritance as they enter into adulthood, but what in the world are we giving them, and do we care enough to reverse the course?

So, where was God on that fateful Tuesday aftemoon? Just where He’s always been — watching His creatures destroy themselves because they think they can live meaningful and productive lives apart from Him. And just in case you missed it, God was present and clearly intervening as Eric and Dylan fired rounds into a propane canister trying to explode it into a thousand bits of shrapnel. By God’s grace, the homemade bomb stayed intact. Many more bodies could have been carried from that school but, by His mercy alone, those targeted for death were enabled to go home and hug their loved ones. Nevertheless, the two shooters sadly become one more piece of evidence that God cannot be mocked. A man reaps what he sows.