Does God still speak today? All Christians would agree in saying “yes.” As Reformed Christians our “yes” means something very different than the evangelical Christian world’s “yes.” The question is not so much “does God speak,” but “where does God speak?”

Some would say that we should not argue over where God speaks because we have more important and practical things to deal with, such as evangelism and living the practical Christian life. But this question must be answered before we can deal with more “practical” matters. We need to be assured of what God is saying to us, and where we can hear His voice.

We continue this month in our study of the Belgic Confession with articles 4–5. After saying that God is “more clearly and fully known to us by His holy and divine Word” (Article 2), which is inspired (Article 3), our Confession proceeds to say that this inspired Word is collected in a canon (Article 4), and that canon is known by two means (Article 5). 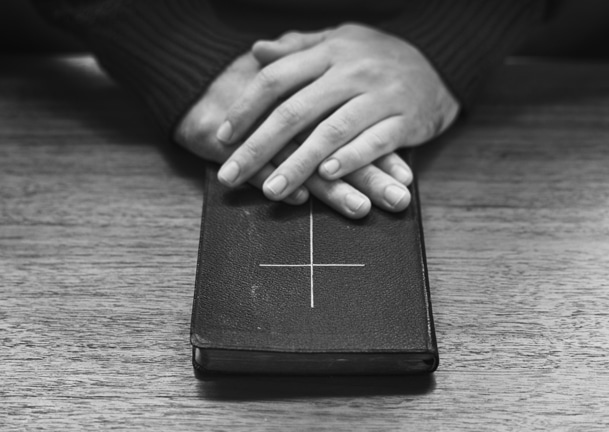 What is the “Canon”?

Article 4 speaks of the sixty-six books of the Old and New Testaments as being “canonical,” and therefore, “nothing can be alleged” against them. Our English word “canon” comes from the Greek word kanon, which is translated as “rule, standard.” In the ancient Greek world this was the word used for a measuring line, or what we might call today a tape measure or ruler.

In the period of church history known as the ancient Church, the word kanon began to be applied to the Scriptures in opposition to false teachers and false writings. They spoke of the canon of Scripture as the only rule or measure of doctrine and life. For example, Irenaeus of Lyons, who opposed many heretical groups, spoke of the Scriptures as “the invariable rule of truth.”1 John Chrysostom, the greatest of ancient preachers, spoke of Scripture as “the exact scale, standard and rule of all things.”2 So when we speak of the Scriptures as being “canonical,” we are saying that they alone are the measure of what is to be believed and how we are to live.

Which Books are in the “Canon”?

All would agree that God has given a rule, a measure of faith and life. But the question that arises next is, “which books are canonical?” Rome says that the sixty-six books of the Old and New Testaments, plus the tradition of the Church, plus the apocryphal books (which we will consider next issue) are the canon. The Anabaptists of the Reformation period, who are today’s Pentecostals, also say that the sixty-six books are canonical, but they add their “spirit-inspired” prophecies and tongues. In both of these cases, the canon is seen to be open. The “ruler” can be lengthened. The Protestant Reformers followed the early Church Fathers in teaching that the Scriptures alone are God’s authoritative, inspired word to us. St. Athanasius summarized this when he said, “These are the wells of salvation, so that he whothirsts may be satisfied with the sayings of these. Let no one add to these. Let nothing be taken away.”

St. Augustine said the Christian canon was not infinite but finite, comprehended in a “certain canon.”3

We believe that only the sixty-six books of the Old and New Testaments are canonical, and only “these are thus named in the Church of God” (Article 4).

Why are These Books the “Canon”?

Your Roman Catholic friend may well ask you, “But why these books?” “How do you know only these books are included in the canon?” Article 5 of the Belgic Confession answers this question.

The way we know which books are canonical is found in one of two ways. Either we know by humble faith or Papal fiat. Notice that the Confession says that the authority of the canon is a received authority: We receive all these books, and these only, as holy and canonical, for the regulation, foundation, and confirmation of our faith (Article 5). Receiving and accepting the word of the LORD is a Christian virtue. It is an act of faith, not an ecclesiastical determination.

The basis of our Confession is Scripture. And several of the Apostle Paul’s inspired words speak of the Church receiving the Word of God. Notice the following texts:

Having received the word in much affliction, with joy of the Holy Spirit. (I Thessalonians 1:6)

When you received the word of God which you heard from us, you welcomed it not as the word of men, but as it is in truth, the word of God, which effectively works in you who believe. (I Thessalonians 2:13)

Therefore, brethren, stand fast and hold the traditions which you were taught, whether by word or epistle. (II Thessalonians 2:15)

The Israelites did not doubt when Nehemiah read the Law; Isaiah did not question the authority of Yahweh when He said “for the mouth of the LORD has spoken”; and St. John did not ask whether it really was Christ who spoke to Him in Revelation. The Scriptures are simply received by a humble faith.

Rome believes that the Church must decide which books are inspired and canonical. It believes that at the early Church Councils of Laodicea (A.D. 360), Hippo Regius (396), and Carthage (397) the Church decreed the books of Scripture.

Do we believe this? Here is what the Belgic Confession teaches: We receive all these books…not so much because the Church receives and approves them as such (Article 5). In fact, our Confession is echoing the Protestant principle, formulated by Martin Luther, that the Church is founded on the Scriptures (e.g., Ephesians 2:20), and not the Scriptures upon the Church: “the Scripture is the womb from which are born the divine truth and the church.”4

Herman Bavinck said of this relationship:

We must not suppose, however, that the Church made this Canon, or granted canonical authority to the writings of the prophets and apostles. Rather, those writings, from the moment they were composed, were immediately authoritative in the Church and operated there as the rule of life and faith.5

How Was the “Canon” Received?

So why do we receive our canon of sixty-six books by faith? Is our reception of them a blind faith? Of course not. Faith is always firmly rooted in truth, and the truth is, we receive these sixty-six books as canonical for two reasons.

The Witness of the Spirit

We receive them, first, because of the Spirit’s witness: but especially because the Holy Spirit witnesses in our hearts that they are from God (Article 5). God the Holy Spirit Himself acts as an expert witness in a court of law, testifying that these books are exactly what they claim to be – God’s Word to fallen man.

At first, this may seem to be rather subjective. However, we are not talking here about the witness of our spirit, but the testimony of the Holy Spirit – the One who inspired prophets and apostles, the One who guided them to write, and the One who has preserved His Word in the world. He objectively witnesses in them, while we subjectively receive them. This work of the Spirit is one of His primary tasks in the life of the Church (I Corinthians 2:14, 12:3; II Corinthians 1:22; Ephesians 1:13–14; I Thessalonians 1:5–6, 2:13; I John 4:1–6, 5:6–13).

The Self-Attestation of the Scriptures

We also receive the sixty-six books of the Old and New Testaments as canonical for a second reason: they testify of their own inspiration and authority: and also because they contain the evidence thereof in themselves; for, even the blind are able to perceive that the things foretold in them are being fulfilled (Article 5).

As Reformed Christians we are so confident of the Scriptures’ own witness that we can say “even the blind are able to perceive that the things foretold in them are being fulfilled.” So how can even the blind perceive and where can they perceive?

Examples abound, such as the great prophecy given of His virgin birth seven hundred years before Christ was even born (Isaiah 7:14 cf. Matthew 1:23). The prophet Isaiah recorded the LORD’s word concerning Cyrus the Persian over 200 years before his birth by using his name! (Isaiah 45:1). In Genesis15:13–16 the LORD told Abraham that his descendants would be slaves for four hundred years several generations before it even happened. Scripture speaks of the sufferings of our Lord (Isaiah 52:13–53:12), the intricate details of His death (Psalms 22), His resurrection (Psalms 16), and the outpouring of His Spirit (Joel 2).

So be confident that God has spoken and that He continues to speak. This ongoing speech has been written for us and our children for a thousand generations. And although we hear from many, “Hear the word of the Lord,” “God told me…,” or “I heard a voice say…,” it is only in the Scriptures that we hear the voice of God: “This is My beloved Son. Hear Him!” (Luke 9:35)

1. Why does our Confession of Faith spend 5 of its 37 articles on the doctrine of Scripture, if all Christians believe the Bible?

3. What are some ways that other religions and various branches of Christianity add to or subtract from the canon?

4. How does our understanding of the canon apply to such areas as worship, evangelism, and knowing the will of God for our lives?

6. List some other Scriptures that testify of its own authority and inspiration.