In our last two articles we have looked at what our Confession of Faith says about the Holy Trinity. Now in articles 10-11 we pause and study the divinity of both the Son and Holy Spirit. 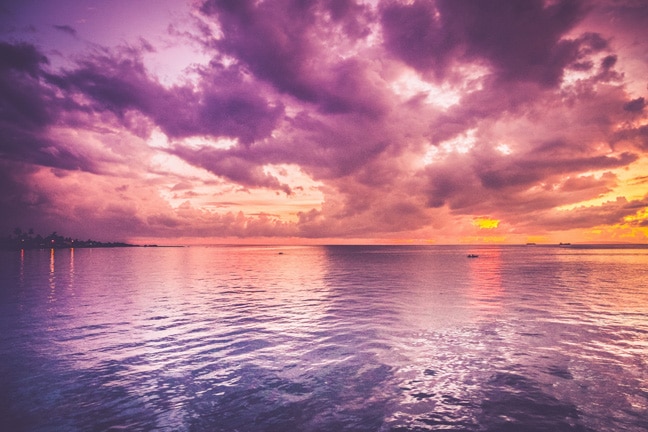 The Deity of the Son

The Biblical language of God is an accommodation to us ignorant sinners. The language of Father and Son evokes in us the intimate relationship of love that exists between a father and his firstborn son. But because of this, the history of the church is filled with Arians and Jehovah’s Witnesses that reasoned that because the Son is called “son,” He had to have been begotten by the Father at some time. This is logical, right? After all, when we look at the world around us we see men become husbands, and husbands become fathers when their sons enter the world after having been made in the womb.

We get a glimpse into the doctrine and piety of the early church when we compare the Apostles’ Creed with the Nicene and Athanasian Creed. The Apostles’ Creed simply uses the language of Scripture itself when it says, “I believe in Jesus Christ, His only begotten Son…” (John 3:16; NASB). But because of false teachers who were infecting the church, the creeds of the church added the following phrases

… the only begotten Son of God, begotten of the Father before all ages, God of God, Light of Light, very God of very God; begotten, not made, being of one substance with the Father … (Nicene Creed)

The Son is of the Father alone, not made nor created, but begotten … God of the substance of the Father, begotten before the ages… (Athanasian Creed)

Has the Son always existed? Yes. Was He created? No. Our Confession of Faith simply follows the creeds, saying

We believe that Jesus Christ

according to His divine nature is the only begotten Son of God, begotten from eternity… He is the Son of God, not only from the time that He assumed our nature but from all eternity

And because He is eternally begotten, the Confession says that He is not made, nor created (for then He would be a creature), but co-essential and co-eternal with the Father, “the very image of his substance and the effulgence of his glory,” equal unto Him in all things.

We can not comprehend what it means that the Son is “eternally begotten”, but we apprehend it by faith as little children. The language of “begetting” is that of a child being born to a father, but the Son is “eternally” begotten. This means that the Son has always been the Son, the Father has always been the Father, and they have always loved, communed, and fellowshipped with one another.

Where do we find this idea of eternal begetting in Scripture? The Confession is like a jeweler who takes many pearls and makes them into a beautiful necklace. Notice how the individual Scripture testimonies are brought together in Article 10. In Genesis 1:1 we are told that “God created the heavens and the earth.” Then in the prologue of John’s Gospel we are taught that “all things were made through Him [the “Word”], and without Him was not anything made that was made” (John 1:3). So which one is it? Did God create or did “the Word” create? Yes! The New Testament writers explain the creation to say that God created the world “through” and “by” the Son (Hebrews 1:2; Colossians 1:16), “through” Jesus Christ (1 Corinthians 8:6).

These pearls of Scripture are put together on a strand as the Confession says:

Therefore it must needs follow that He who is called God, the Word, the Son, and Jesus Christ, did exist at that time when all things were created by Him.

As well, we have the testimony of Micah the prophet, who spoke of a king who would come to Israel. But this would be no ordinary king, instead “His goings forth are from of old, from everlasting” (Micah 5:2). The writer of Hebrews also testifies of the Son’s eternality, saying, “He hath neither beginning of days nor end of life” (Hebrews 7:3).

The Benefit of Confessing Christ’s Deity

So how does this doctrine benefit us? For the sake of space I will only offer one benefit and leave you to ponder this in the “questions for further study” at the end of this article. The benefit of this doctrine is that we can worship our Lord and Savior: “He therefore is that true, eternal, and almighty God whom we invoke, worship, and serve.” Since He has saved us, as God the Son, we have an object of affection and adoration in responding with grateful worship and praise.

The Deity of the Spirit

We now turn to the “unknown” member of the Trinity, who is not thought of enough, nor is who He is and what He does known enough. This is shown in a past survey in which 70% of Americans said they believed that Jesus will come back, but 61% of Americans said that “the Holy Spirit is a symbol of God’s presence or power, but is not a living entity.” And the saddest statistic of all? 55% of “born again Christians” reject the existence of the Holy Spirit! Although not saying everything there is say about Him, the Confession guides our thoughts to remedy this ignorance.

The first thing we can say about the Holy Spirit is that, as the third Person of the Holy Trinity, He was not created, but is eternal just as the Father and Son are. In Hebrews 9:14 we read of Christ, “who through the eternal Spirit offered himself without blemish to God.” The Spirit has always been God for He is eternal.

But, whereas the Son is begotten, the Spirit is spoken of as “proceeding.” Again, as with speaking of the Son as “eternally begotten,” so too, with the Spirit we have an accommodated language so that we can somehow grasp a finite bit of the infinite relations between the Persons of the Holy Trinity.

The imagery of “procession” or “proceeding,” is that of being sent, going forth. We can understand that the Holy Spirit was sent on the day of Pentecost in redemptive history (John 14:16, 26, 15:26; Acts 2:33), but how does He “eternally” proceed? We get a glimpse of the inner life and workings of the Persons of the Trinity by way of analogy from what Jesus says about the Spirit’s mission in history. Before He was sent into the world and upon the Church, the Spirit was reciprocally sent from the Father to the Son and from the Son to the Father. As St. Augustine says:

And the Holy Spirit, according to the Holy Scriptures, is neither of the Father alone, nor of the Son alone, but of both; and so intimates to us a mutual love, wherewith the Father and the Son reciprocally love one another.

Because He eternally proceeds, the Confession says He therefore neither is made, created, nor begotten, but only proceeds from both; who in order is the third person of the Holy Trinity; of one and the same essence, majesty, and glory with the Father and the Son; and therefore is the true and eternal God, as the Holy Scriptures teach us.

The second thing we say about the Holy Spirit is that He eternally proceeds from the Father and the Son. The Belgic Confession follows the Western version of the Nicene Creed in teaching the “double procession of the Holy Spirit.” The Third Council of Toledo (589) revised the Nicene Creed so that the difference between the Western and Eastern versions is found in one word: filioque (Latin, “and the Son”).

So why do we say that the Spirit “proceeds from the Father and the Son?” Because it is taught in Scripture:

The Benefit of Confessing the Spirit’s Deity

This leads us to a brief consideration of the relevance for this doctrine.

First, confessing the Spirit’s deity ensures that we will be sanctified. Too often we speak of justification as God’s work and sanctification as our work. In fact, sanctification is the work of God the Holy Spirit, in and through us. And since it is the sovereign Spirit of God at work within us, we have confidence that the root of faith will produce good fruits.

Second, because He is God, the Holy Spirit will abide with us forever, sealing, preserving, and leading us to the final day as children of God.