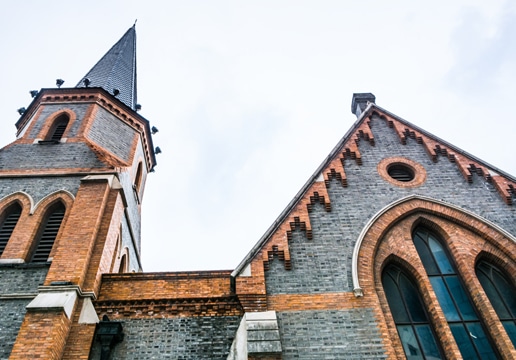 Article 24 begins by speaking of the new life we have been given by the power of the Holy Spirit, saying,

We believe that this true faith, being wrought in man by the hearing of the Word of God and the operation of the Holy Spirit, regenerates him and makes him a new man, causing him to live a new life, and freeing him from the bondage of sin.

The true faith that embraced Christ and His righteousness for justification was a gift of God, being “wrought,” or, “created,” in us by the Word and Spirit. This is that great truth that “faith comes by hearing and hearing by the word of Christ” (Rom. 10:17). Yet this is not merely an “outward” hearing of the Word, but a powerful work or the Holy Spirit. As the Canons of Dort would later say,

What, therefore, neither the light of nature nor the law could do, that God performs by the operation of the Holy Spirit through the word or ministry of reconciliation; which is the gospel concerning the Messiah, by means whereof it has pleased God to save such as believe, as well under the Old as under the New Testament. (III/ IV, 6)

Because true faith comes from this source, it “regenerates” us from death to life. Notice, then, how this new life of the believer is described with two subordinate clauses in the opening paragraph: it causes us to live a new life and frees us from the bondage of sin. Such is the power of the Word and Spirit when they are joined together.

What this means is that Protestants do not believe that justification by faith alone means the end of holy living. Article 24 opens by answering the typical Roman Catholic objection to free justification which our Catechism also answers, “But does not this doctrine make men careless and profane?” (Q&A 64) The apostle Paul answers this charge when he says,

Now the law came in to increase the trespass, but where sin increased, grace abounded all the more, so that, as sin reigned in death, grace also might reign through righteousness leading to eternal life through Jesus Christ our Lord. What shall we say then? Are we to continue in sin that grace may abound? By no means! How can we who died to sin still live in it? (Romans 5:20–6:2)

This is only a humanly devised problem that seeks to keep tender consciences in bondage not to sin, but to the Pope. This is why the Confession continues the thought above about us being given a new life, saying,

Therefore it is so far from being true that this justifying faith makes men remiss in a pious and holy life, that on the contrary without it they would never do anything out of love to God, but only out of self-love or fear of damnation. Therefore it is impossible that this holy faith to be unfruitful in man; for we do not speak of a vain faith, but of such a faith which is called in Scripture a faith working through love, which excites man to the practice of those works which God has commanded in His Word.

Knowing (both cognitively and experientially) that we have been justified by Christ’s work and grace alone is the most liberating and enlivening doctrine there is. I cannot adequately explain to you what my own heart felt when I was first introduced to this doctrine. Having been baptized Roman Catholic and then converted in Pentecostalism, I never was sure of my standing before God. I can remember being on my hands and knees nightly while in college asking for a sign from God that I was filled with the Spirit of His love. Yet that never happened and my despair grew.

It was only when I was told that I was right with God only on the basis of Christ’s merit and that I could receive it only through faith alone, that what our Confession is saying came true. Having been justified, we now love God and are able to serve Him as living sacrifices where before we did things out of self-love and fear of God’s damnation. The person who has never experienced the doctrine of justification by faith alone cannot understand this, and so comes up with false objections such as the one our Catechism answers.

When we were justified and the guilt of sin has been dealt with, the Holy Spirit also began to deal with the pollution of sin within us. And so, we believe that justification and sanctification are two distinct benefits Christ won for us, yet they are inseparable benefits. The same faith that justifies also begins to sanctify. The faith that embraces Christ’s obedience for justification also begins to enliven us to obedience to God and his Word.

And so the Christian becomes one who seeks to please God out of love, not fear, by doing the works God has commanded. Our Confession goes on to say, “These works, as they proceed from the good root of faith, are good and acceptable in the sight of God, forasmuch as they are all sanctified by His grace.”

What is remarkable is that we, who once were not accepted by God, are accepted (justification); and that what we used to offer in self-love and fear that was not acceptable, is now acceptable to God! Never forget that what we offer is not accepted because they are done by us, but because they are sanctified by the grace of God. What does this mean? Very simply, even “the best works of the saints” (Canons of Dort, V, 2) are blemished by sin, and thus are “filthy rags” (Isaiah 64:6) because they do not meet the standard of God’s infinite holiness; yet, as His children, our Father accepts them and sanctifies them by His grace so that they can be called “good works.” To state it again, we are justified by grace alone and we are sanctified by grace alone.

But do not rely on them to establish or validate your relationship with God. Although our good works are sanctified by God’s grace,

Nevertheless they are of no account towards our justification, for it is by faith in Christ that we are justified, even before we do good works; otherwise they could not be good works, any more than the fruit of a tree can be good before the tree itself is good.

Here we see not only a logical distinction between justification and sanctification, but a temporal distinction. The reason we cannot base our standing before God on our good works is because we were justified before we could even do good works. Good works are the result of being accounted righteous before God, not the reason or even a co-reason. The Confession uses the biblical illustration of the tree, saying that just as a bad tree bears no fruit, so too, we did not bear fruit when dead in our sins. Yet when we were justified, we became as a tree that was given new life and thus began to bear fruits.

And so we do good works as humble servants, not self-righteous workers who demand a payment:

Therefore we do good works, but not to merit by them (for what can we merit?); nay, we are indebted to God for the good works we do, and not He to us, since it is He who worketh in us both to will and to work, for His good pleasure. Let us therefore attend to what is written: When ye shall have done all the things that are commanded you, say, We are unprofitable servants; we have done that which it was our duty to do. In the meantime we do not deny that God rewards good works, but it is through His grace that He crowns His gifts.

The Foundation of the Christian Life

Finally, Article 24 ends with a note about the confidence of the Christian. Some of what it says in this last paragraph has already been said, so we get a glimpse into the pastoral concern Guy de Brès, the author of our Confession:

Moreover, though we do good works, we do not found our salvation upon them; for we can do no work but what is polluted by our flesh, and also punishable; and although we could perform such works, still the remembrance of one sin is sufficient to make God reject them. Thus, then, we would always be in doubt, tossed to and fro without any certainty, and our poor consciences would be continually vexed if they relied not on the merits of the suffering and death of our Savior.

As we have already said, and as the Confession said, we do not do good works in order to be justified. After all, all of our works are polluted by sin and therefore deserve to be punished. The Confession even says that if we did a good work, God would reject it because of our continual struggle with sin. This is why our Catechism says we are not to look to our good works when our faith is weak or when we are in doubt:

But why cannot our good works be the whole or part of our righteousness before God? Because the righteousness which can stand before the judgment seat of God, must be perfect throughout and entirely conformable to the divine law, but even our best works in this life are all imperfect and defiled with sin. (Heidelberg Catechism, Q&A 62)

Thus there is no pure work the Christian does out of pure motives. Because of this, we would always wherever it is found.

This emphasis on the life of gratitude and thankful obedience is a hallmark of the Reformed Christian life, as we seek to live as prophets, priests, and kings in this world. This is why our forefathers used the Ten Commandments in all their catechetical preaching and instruction in the Faith.

The summary of these two articles is that the Christian’s life of sanctification is to be one of love for God, humble service, and devotion to pleasing God by continually falling on our knees but also getting up and living for Christ.

1. Whether or not you have a background in the church, what are your first thoughts, if any, when you hear the words “sanctification,” “holiness,” “piety,” “Christian life?”

3. How long does sanctification last? (Hint: think of the biblical metaphor of the Christian life as a pilgrimage)