The negative aspect of our justification is seen in the opening words of Article 23, which says, “We believe that our salvation consists in the remission of our sins for Jesus Christ’s sake…”

When we called out to God for salvation, placing our all our trust in Jesus Christ, God our Father remitted, absolved, forgave, and wiped from His memory all our sins, past, present, and future. This is what we are saying when we stand with the catholic Church throughout all times and places, and confess “I believe … the forgiveness of sins.” This is our “Amen” to these words, saying that they are true of us despite all appearances otherwise.

We confess the forgiveness of sins not merely for ourselves. We say “Amen” to God’s forgiveness in Christ with David, that murderer and adulterer who prayed, “As far as the east is from the west, so far does He remove our transgressions from us” (Psalm 103:12; ESV). We believe with Hezekiah, who proudly showed the son of the King of Babylon all his glorious treasures, “You have cast all my sins behind your back” (Isaiah 38:17; ESV). We look beyond ourselves to Christ, who says, “I, I am He who blots out your transgressions and for my own sake, and I will not remember your sins” (Isaiah 43:25; ESV).

Who shall bring a charge against us? Who shall condemn us? The world? Our own flesh? The Devil? We stand before them fully acknowledging our sin, our weakness, our unworthiness, our depraved thoughts, words, and deeds. Yet we pray,

Who is a God like you, pardoning iniquity and passing over transgression for the remnant of his inheritance? He does not retain his anger forever, because he delights in steadfast love. He will again have compassion on us; he will tread our iniquities under foot. You will cast all our sins into the depths of the sea (Micah 7:18–19; ESV).

We know this God who pardons, passes over, tramples, and drowns our sins – His name is Jesus Christ, “for He will save His people from their sins” (Matthew 1:21). Thus what was spoken of by our forefathers in the Old Testament finds its ultimate fulfillment for us in the New Testament with our blessed Lord, “in whom we have redemption through His blood, the forgiveness of our trespasses” (Ephesians 1:7 cf. Colossians. 1:14; ESV). And, as the epistle to the Hebrews says, “He has appeared once for all at the end of the ages to put away sin … and where there is forgiveness of these, there is no longer any offering for sin” (9:26, 10:18; ESV). 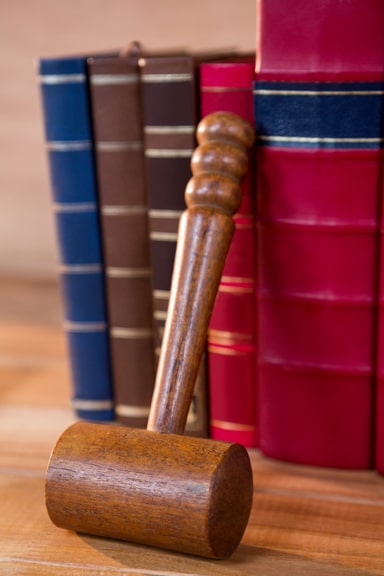 But forgiveness is not all there is to our salvation, wonderfully. There is so much more. If God would have merely forgiven us so that we were simply “as-if-I-had-never-sinned,” as the Sunday school line goes, that would mean that we would have, in a sense, been put back in the Garden, as Adam. And in that place we would have needed “perfect and personal obedience” (Westminster Confession of Faith, VII.2), or, as our Confession says, we would have had to use our newfound state of uprightness “to will agreeably to the will of God” (Article 14). In doing so, if possible, we would then have received the blessing of being confirmed as righteous.

Yet, even if it were even possible to be put back in the Garden of Eden, we, like Adam, would have fallen. Thus our heavenly Father, in His wisdom and goodness to us, not only completely forgave all our sins, but replaced them with something else – the righteousness of Christ. Article 23 of our Confession continues, saying,

…and that therein our righteousness before God is implied; as David and Paul teach us, declaring this to be the blessedness of man that God imputes righteousness to him apart from works. And the same apostle says that we are justified freely by his grace, through the redemption that is in Christ Jesus.

Forgiveness alone is not salvation. Scripture speaks of justification as consisting of two aspects. Forgiveness (the negative) must be followed up by imputation (the positive). This means that when we trusted in Christ, God the Father also gave us something. We speak with Scripture in saying He “imputed,” or, credited to us all that Jesus Christ did for us in His active obedience to the Law. Through Christ, we are not only just-as-if Ihad-never-sinned, we are also just-just-as-if-I-was-always-obedient. How amazing is that! And to think, from our youth we are privileged to learn and rest in this comfort, which our Heidelberg Catechism speaks of in question and answer 60. There we are taught that Christ’s satisfaction, righteousness, and holiness have been imputed to us so that we are now “as if I had never committed nor had any sins [the negative aspect of justification], and had myself accomplished all the obedience which Christ has fulfilled for me” [the positive aspect].

This is our “blessedness,” as the Confession quotes from Psalm 32. What is it to be “blessed” according to Scripture? It is to be one whom the Lord does not regard as a sinner, but as righteous (Psalm 32:1; Romans 4:6). To be “blessed” is to be one who claims “Jesus Christ the righteous” as his own (I John 2:1).

Read how we as Reformed Christians understand the reason for our blessedness in justification:

However, to speak more clearly, we do not mean that faith itself justifies us, for it is only an instrument with which we embrace Christ our righteousness. But Jesus Christ, imputing to us all His merits, and so many holy works which He has done for us and in our stead, is our righteousness (Belgic Confession, Art. 22; emphasis added).

Our blessedness is grounded in the fact that every single holy, good, and righteous work that Christ did is imputed to us. And how many works is that? Think about it. Whereas we sin in thought, word, and deed continually, every thought Jesus ever had was holy; every word He ever spoke was good; every deed He ever did was righteous. This was not just at one moment, or one single day, or just during His three-year ministry. No – Christ’s entire life of obedience to God and His Law, every single moment He lived, is imputed to my account, reckoned as if I myself had done the work myself! Christ’s merit is infinite, and therefore I have an infinite holiness, righteousness, and goodness before God. “There is therefore now no condemnation to those who are in Christ Jesus” (Romans 8:1; NKJV).

This is exactly what Paul is saying to us in II Corinthians 5:21, when he says, “He [the Father] made Him [Christ] who knew no sin to be sin on our behalf, so that we might become the righteousness of God in Him [Christ].” All that we believe, all that we are in Christ is summed up here: we are the righteousness of God. Despite my sin, despite my doubt, despite my failures in the Christian life, I stand before a Righteous Judge blameless and righteous! Not only does He say, “Not guilty,” He also says, “Righteous!”

The Fruits of Justification

But if we believe that, won’t we become prideful, arrogant, and careless? Notice that the results of this blessed knowledge of standing as righteous before God in answer to the objections of Rome, the Arminian, and the false piety of our own hearts:

And therefore we always hold fast this foundation, ascribing all the glory to God, humbling ourselves before Him, and acknowledging ourselves to be as we really are, without presuming to trust in any thing in ourselves, or in any merit of ours, relying and resting upon the obedience of Christ crucified alone, which becomes ours when we believe in Him.

We who have been declared righteous bow down in humility before the God who justifies the wicked (Romans 4:5), “ascribing all the glory” to Him, saying, “Not to us, O LORD, not to us, but to your name give glory” (Psalm 115:1). We join that measureless host of heaven, those who have already been freed from the daily struggle with sin and are clad in white: “Salvation belongs to our God who sits on the throne, and to the Lamb!” (Revelation 7:10)

And notice while we bow in reverence this is not a false show of piety. How often we come before God with a show of humility and reverence, as if we were unbelievers who had not been counted as sons, full inheritors of heaven. Notice how the Confession corrects this, in that while we humble ourselves before God, “without presuming to trust in any thing in ourselves, or in any merit of ours,” at the same time we acknowledge “ourselves to be as we really are.” What are we “really?” We are forgiven, righteous, saved! Because of this, we come to Him in humility, for ourselves – who are we that He would love us – and for the matchless gift of salvation.

In my congregation we end our evening service with the words of the “General Thanksgiving” (1662 Book of Common Prayer), which say in part,

Almighty God, Father of all mercies, we, your unworthy servants, do give you most humble and hearty thanks for all your goodness and loving-kindness to us, and to all men. We bless you for our creation, preservation, and all the blessings of this life; but above all, for your inestimable love in the redemption of the world by our Lord Jesus Christ…

So our attitudes of humility before God are not to be a false humility, which manifests itself in things such as self-excommunicating ourselves from the Lord’s Table, because of our perceived unworthiness. With humility is joined confidence, not in self but in Christ, as Article 23 ends, saying,

This is sufficient to cover all our iniquities, and to give us confidence in approaching to God; freeing the conscience of fear, terror, and dread, without following the example of our first father, Adam, who, trembling, attempted to cover himself with fig-leaves. And, verily, if we should appear before God, relying on ourselves or on any other creature, though ever so little, we should, alas! be consumed. And therefore every one must pray with David: O Jehovah, enter not into judgment with Thy servant: for in Thy sight no man living is righteous.

As Christians one of the great benefits of the New Covenant is confidence, even boldness to approach God on the basis of the final Temple sacrifice – Christ. Whereas our forefathers “trembled” (Genesis 3:7), were genuinely “afraid” of God (Exodus 20:18), and stood “afar off” (Exodus 20:21), in the New Testament we are called to “draw near” with confidence (Hebrews 4:16, 10:19–22), and to do so with godly fear (Hebrews 12:28).

It is true that we still are called to pray, “Enter not into judgment with Thy servant” (Psalm 143:2), considering ourselves “wretched” because of the effects of the “body of death” which still clings to us (Romans 7:24). Yet, we do this as children to a father, not as criminals to a judge. And we pray these words not in fear. After speaking of the wonderful truth of being called the sons of God by a loving Father (I John 3), the apostle John tells us that we have confidence to stand before God on Judgment Day, because “there is no fear in love, but perfect love casts out fear” (I John 4:18). And this love is the love of God, who “first loved us” (I John 4:19).

Our heavenly Father has run out to meet and rescue us in the Person of his Son, cleansing us of our filthy rags and clothing us in the finest robe, the robe of Christ’s perfect righteousness. Here is the doctrine of the gospel that we so dearly need and count so dear.

1. How does article 23 show the relationship between theology and piety, doctrine and Christian living?

2. How does the Protestant doctrine of justification affect worship, preaching, evangelism, and the daily struggles of the Christian?

3. Discuss Paul’s words about the two kinds of righteousness, our own and Christ’s (Phil. 3:2–9).