All you need is faith. As long as you have faith, you’re fine. If you have listened to politicians, watched television, and kept up with the pop philosophy of the culture around us this is a predominant view of spirituality in our day. As long as a person has faith, no matter what that faith is placed in, he is considered to be a spiritually good person and things will work out for him.

In this context we must hold up one of the great dividing lines between the Christian Faith and the “faith” of the world just mentioned, along with all other faith systems in the world. This dividing line is what faith embraces as its object. In the holy Scriptures, as summarized by our Belgic Confession here in article 22, we learn and confess that faith in and of itself is useless to give us a standing before God unless it is placed in Jesus Christ, who is the sole object of faith for justification.

The Author of Faith

Before we can discuss what faith is, we have to ask, “Where does faith come from?” Article 22 begins here when it says, “We believe that, to attain the true knowledge of this great mystery, the Holy Spirit kindles in our hearts an upright faith…”

In order for us, who have a corrupt nature, to receive the benefits of Christ’s work, the Spirit of God “kindles” in us an “upright,” or, true faith. This visual language of “kindling” faith evokes the imagery of igniting a flame, thus, of creating faith within us. We see this most clearly taught in Scripture in Ephesians 2:8, where our entire salvation, including faith, is called “the gift of God.”

This faith brings us to a true knowledge of a “great mystery.” It is the mystery of Jesus Christ and the salvation He brought us. Why does our Confession of Faith speak of the salvation won for us by Christ as a “mystery?”

We most often use the word mystery to describe something unknown, but there is another way in which this word can be used. The word mystery comes from the Greek word musterion, meaning something that was once veiled but now is revealed. Remember back in our discussion of Article 21 we confessed that Jesus Christ was ordained a priest in the order of Melchizedek, offered Himself on the cross, and shed His blood to purge our sins. And all this was “as the prophets had foretold.” And although the coming of Christ was foretold by the prophets, it was not fully revealed to the eyes of the world until God raised the curtain of eternity and sent His Son in the flesh. The Spirit of God, then, creates faith within us to see this unveiled truth of who Christ is. 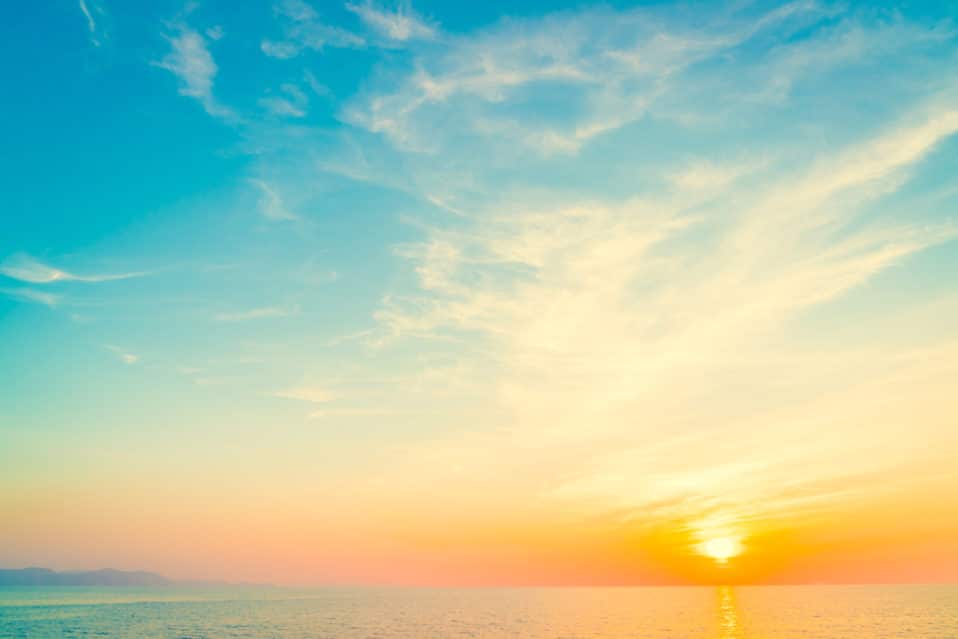 The Object of Faith: Christ Alone

What true faith does in attaining this great mystery of Christ and His saving work is further described for us as the Confession continues, saying,

…which embraces Jesus Christ with all His merits, appropriates Him, and seeks nothing more besides Him. For it must needs follow, either that all things which are requisite to our salvation are not in Jesus Christ, or if all things are in Him, that then those who posses Jesus Christ through faith have complete salvation in Him. Therefore, for any to assert that Christ is not sufficient, but that something more is required besides Him, would be too gross a blasphemy; for hence it would follow that Christ was but half a Savior.

Faith “embraces” and “appropriates” solely “Jesus Christ with all His merits.” This is also what our Catechism teaches when it says in Question 20 that only those are saved “who by true faith are ingrafted into Him and receive all His benefits.”

We confess Christ alone and His righteousness alone as the sole object of true, saving, justifying faith. Faith looks outside of itself and our own merits and grabs hold of the only One who has done anything good in the eyes of God, the only One who merited, that is, was rewarded with righteousness to give to His people on the basis of His obedience to the Law.

We should not cringe or be afraid of the word “merit,” as if it somehow teaches a Roman Catholic view of salvation. In fact, our Confession uses the term to do what all the Reformers did in using the term “merit”. They reformed Rome’s concept of merit to extol the virtues of Christ’s work on our behalf! Rome spoke of congruent and condign merit. Congruent merit was the reward of “trying your best and letting God do the rest.” It was a half-merit that was rewarded not because the demands were met, but because God decided to accept us as if it was fully meritorious. On the other hand, condign merit was the reward of actually meeting the demands of justice, albeit Roman theologians will always say it is “with the help of the Spirit.” Interestingly this “Spirit-wrought sanctity” is being promoted today, ironically, as if it was somehow a way of guarding against the Roman error of justification!

Contrary to Rome, the Protestant Reformers taught that we had neither type of merit. Thus, when our Confessions and the Reformers use the term “merit,” they use it to say there was only one kind of merit that could stand before the justice of God – the condign merit of Jesus Christ! Herman Witsius described it this way in 1677: the “merits of Christ” were “a merit of condignity, as it is called; such as no mere creature is capable to acquire.” But if no man can acquire that righteousness of God that is demanded by the law and needed by the sinner to stand without fear before God, how can we stand before God?

Our Catechism tells us that we are righteous before God only because God “grants and imputes to me the perfect satisfaction, righteousness, and holiness of Christ, as if I had never committed nor had any sins, and had myself accomplished all the obedience which Christ has fulfilled for me” (Q&A 60). Notice that! What this means is that we are not only unable condignly to merit God’s love and favor, but also this means that we cannot congruently merit that favor either. Our works have no place before God; only Christ’s do! And thus we confess that our only righteousness is that of Jesus Christ. And furthermore, because we “embrace” and “appropriate” His merits, our Catechism teaches that we are as righteous as Jesus Christ. God looks at us and He see us as if we had “accomplished all the obedience which Christ has fulfilled” for us.

Because of this doctrine of the sufficiency of Christ’s merit, we confess that our faith “seeks nothing more besides Him.” Therefore we either have all that we need for salvation in Jesus Christ alone, or we do not. And if we do, then “those who possess Jesus Christ through faith have complete salvation in Him.” Any doctrine that as serts the merits, works, obedience, or faithfulness of anyone or anything besides our Lord Jesus is “too gross a blasphemy” making Christ “half a Savior.” This led Calvin’s colleague and successor in Geneva, Theodore Beza, to say, “Our unworthiness is covered and swallowed up by the holiness of Jesus Christ, which is far more powerful to sanctify us before God than natural corruption is to pollute us.”

The final paragraph of Article 22 is a conclusion. Based on what was just said about faith embracing only Jesus Christ and His merits, we confess,

Therefore we justly say with Paul, that we are justified by faith alone, or by faith apart from works. However, to speak more clearly, we do not mean that faith itself justifies us, for it is only an instrument with which we embrace Christ our righteousness. But Jesus Christ, imputing to us all His merits, and so many holy works which He has done for us and in our stead, is our righteousness. And faith is an instrument that keeps us in communion with Him in all His benefits, which, when they become ours, are more than sufficient to acquit us of our sins.

When the Apostles Paul says, “For we hold that one is justified by faith apart from works of the law” (Romans 3:28) he is concluding an argument, contrasting works versus faith. There is no middle ground. Thus we teach justification sola fide, through faith alone. No one is justified by obedience to the law, for, as Paul says, the law as a way of justification can only reveal our sin (Romans 3:20). The righteousness that justifies is that which is “apart from the law … through faith in Jesus Christ” (Romans 3:21-22), no matter if the one who believes is Jewish or Greek, since both are sinners (Romans 3:22-23 cf. 3:9), and since justification is a matter of God’s gift, not man’s merit (Romans 3:24). As Paul says in possibly the most remarkable statement in all of Scripture,

This does not mean that “faith itself justifies us.” What it means is that faith “is only an instrument with which we embrace Christ our righteousness.” Being only an instrument, faith is simply the means by which we are justified, not the ground, as we said above, which is Christ. This what Paul is saying in Romans 4:4-5.

Notice again, that if you try to earn your salvation through strict obedience, or even in more pious terms as “covenant faithfulness,” you will get what you deserve. Your wages, whether heaven or hell, will be on the basis of what you did. But if we trust in the God who justifies the ungodly, that is, stripped of his works, naked and without claim, we shall be declared righteous. Faith simply trusts in another, it rests in the mercy of God, who, because Christ was condemned in our place, can bestow salvation upon us.

It is amazing just how simply this is. We either save ourselves, or are saved by another. We either rely on our merits, or Christ’s. We either bring before God our works, or the “so many holy works which He has done for us and in our stead.” Our Lord took upon Himself every single one of our filthy rags of self-righteousness and replaced them with His holy works, His merits. But even more than that, He imputed to us not one holy work for each sin, but His entire righteousness! And because His righteousness is that of the infinite Son of God, it is greater than all our sins past, present, and future – and thus it is “more than sufficient to acquit us of our sins.”

To conclude, then, we do not proclaim “faith” apart from its object. We proclaim that faith alone must be placed only in Jesus Christ in order for one to have “peace with God” (Romans 5:1). This is such an amazing truth. God the Father sent His eternal Son to become a temporal man in our place and that the Son satisfied the wrath of God and merited the righteousness needed to stand before God. And in beautiful harmony, God the Holy Spirit has done the wonderful work of kindling the faith to embrace Christ and be justified, and, as we shall see later, the faith that begins to burn brighter in the life of sanctification.

1. According to Article 22 of our Confession, what is the Holy Spirit’s primary role in our salvation?

2. Why is it so important that we teach that faith is the gift of the Holy Spirit?

5. Why are Christ’s merits sufficient to justify us?