Article 20 of the Belgic Confession begins with a sweeping statement that summarizes Articles 14–19 of our Confession:

We believe that God, who is perfectly merciful and just, sent His Son to assume that nature in which the disobedience was committed, to make satisfaction in the same, and to bear the punishment of sin by His most bitter passion and death.

The promise that the Father made of a Savior in the Garden of Eden now takes on flesh and bone in our Lord. The heart of God as Father is revealed here as we confess Him to have loved us so much that He was willing to send His eternal, only-begotten Son, to satisfy His justice while at the same time revealing the mercy of God. In traditional terms this means that by the obedience and passion of our Savior, the penalty of the broken covenant of works was satisfied while the overflowing grace and mercy of God in the covenant of grace was manifested.

In saying that God is both merciful and just, we are rejecting the sentimental view of God that many professing believers have. The view that the God of the Old Testament is “just” while that of the New is “love” is as old as the arch-heretic Marcion, from the early third century of the Christian Church.

We confess with Scripture that God is “simple” (cf. BC, Art. 1). This means that God is not divided up into parts (cf. Westminster Confession of Faith, II,1). He is not part merciful and loving and part just and righteous; He is both equally, all the time. The God who elects also reprobates. He who punishes a broken covenant of works, also establishes a covenant of grace.

The Justice of God

This “perfectly just” God, in sending his Son, “manifested His justice against His Son when He laid our iniquities upon Him.” What is His justice? Very simply, we can say that justice is getting what we deserve. For example, God gave a law to Adam which had a curse attached to it if it was broken. Adam broke the law and God punished him, and us, for doing so. The underlying question for us, though, is why did God need to send His Son in order to “satisfy” His justice? This touches the essence of who God is. His justice is an eternal justice. It had no beginning and it will have no end. His justice is an infinite justice. God will not simply forget about our sin.

We have a fuller explanation of the justice of God and the necessity of its satisfaction in our Heidelberg Catechism. The Catechism teaches us that God will not allow disobedience to His law to go unpunished, because He is “terribly displeased” with our sins and will therefore punish them in just judgment (Q&A 10). Then, question 11 asks, “But is not God also merciful?” The answer is

God is indeed merciful, but He is likewise just; His justice therefore requires that sin which is committed against the most high majesty of God, be punished with extreme, that is, with everlasting punishment both of body and soul (cf. Canons of Dort, II,1). 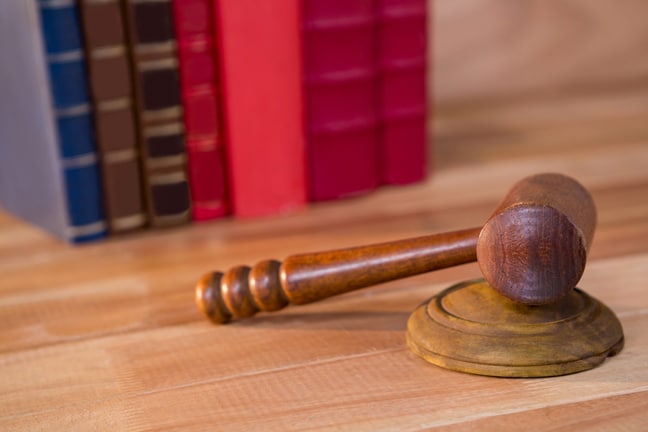 Since God requires that His justice be satisfied, because of who He is, and, as the Catechism continues, we deserve punishment according to His justice, the only way we may escape and receive His favor is by a full satisfaction of justice, either by ourselves or by another (Q&A 12). The tragedy is that we who are already sinful cannot make this satisfaction because we continue daily to increase our guilt (Q&A 13 cf. CD, II, 2). As well, no other creature (i.e., Old Covenant sacrifices) can satisfy for us because that very same justice of God will not punish a creature for our sin – besides, no creature can sustain the burden of God’s eternal wrath against sin (Q&A 14).

Thus, the Son was sent to do what the blood of bulls and goats could not do and that which we were unable to do, either.

The Mercy of God

In the sending of His Son, God was showing Himself to be “perfectly merciful.” The Confession continues, saying that God poured forth His mercy and goodness on us, who were guilty and worthy of damnation, out of mere and perfect love, giving His Son unto death for us, and raising Him for our justification, that through Him we might obtain immortality and life eternal.

Here is mercy perfected! Mercy, in common terms, is not getting what we deserve. Notice that the Confession says that we “were guilty and worthy of damnation.” God did not give us what we deserve. He did not send his Son to execute eternal punishment on us. Instead, in sending His Son, God mercifully became our shield and protector from His own justice!

The incarnation and work of Christ were only the culmination of an entire history of mercy. We see this exemplified in Genesis 3, where Adam broke the covenant law, and thereby was guilty and worthy of damnation. He deserved the threatened curse: death, not just physical, but spiritual, not just temporal, but eternal. Yet God in His mercy did not give him what he deserved in His justice; instead, in His mercy animals were slain in order to clothe and to shield Adam and Eve from divine justice. We see this most clearly in Christ who had to be cut off that we might be grafted in, to be cursed that we might be blessed, to be bound that we might be loosed! Our Canons of Dort summarize all this, saying,

Since, therefore, we are unable to make that satisfaction in our own persons, or to deliver ourselves from the wrath of God, He has been pleased of His infinite mercy to give His only begotten Son for our Surety, who was made sin, and became a curse for us and in our stead, that He might make satisfaction to divine justice on our behalf. (II, 2)

Our Confession teaches us that the God who is perfectly just and merciful showed Himself to be so in Christ. Notice the language our Confession uses in Article 20 in this light. How did God pour out His justice on His sinless Son? By laying, that is, imputing, “our iniquities upon Him.” Because our sins were imputed to Christ, the abundance of the Father’s mercy – justification and eternal life – was poured upon us, even though we were guilty and worthy of damnation! This is what Martin Luther called “the happy/ delightful exchange” (froehliche Wechsel). This “exchange” is most beautifully and poetically described by Paul in II Corinthians 5:2: “For He made Him who knew no sin to be sin for us, that we might become the righteousness of God in Him.”

In the one side of this “happy exchange” stands Christ. He “knew no sin,” meaning, He was, and remains, “holy, innocent, undefiled, separated from sinners” (Hebrews 7:26). Like the Old Covenant sacrifices, He was required to be an unblemished sacrificial Lamb, “a lamb without blemish or spot” (I Peter 1:19 cf. Exodus 12:5; Isaiah 53:7, 9; I Corinthians 5:7). The ceremonial sacrificial animals in the Old Testament had to be spotless and untainted in order to teach the people of God the necessity of freedom from all sin and in order to stand before God. They were taught that One would come who would bear the sins of the world, Himself without sin.

Christ was not simply innocent; He was also the Righteous Servant. “For we do not have a high priest who is unable to sympathize with our weaknesses, but one who in every respect has been tempted as we are, yet without sin” (Hebrews 4:15). We need more than a spotless lamb, we need more than a humble and innocently condemned man. We need one who has actually obeyed perfectly for us the Law of God. We need a mediator who is one with us, yet far greater than us. We need Him who is Righteousness-Itself! We need a representative who hears God’s just Law, “do this and live,” loves that Law and obeys it perfectly.

We stand on the other side of this exchange, sinners, “guilty and worthy of damnation,” who sing,

Nothing in my hand I bring, simply to Thy cross I cling; Naked come to Thee for dress, Helpless, look to Thee for grace; Foul, I to the fountain fly; wash me Savior, or I die.

Herein lies the happiness of this exchange: that God made Christ to be sin for us. This means that our guilty and damnable sins were imputed to Christ. God “laid” them upon Him just as the high priest would lay his hands upon the scapegoat and confess the sins of the people, whereby their sins were transferred, imputed to the goat. In exchange for our sins we receive His righteousness! He endured the penal sanctions of the law’s justice, perfectly satisfying justice, that we might be freed. Orphans are made sons; the filthy are made clean; the guilty are acquitted. He did this “for us.” And if God is for us, who can be against us? Christ redeemed “us” from the curse of the law, becoming a curse Himself (Galatians 3:13). Christ did what the law could not do for “us” (Romans 8:3).

This blessed substitution is our joy and our salvation. We have a new standing before God: “that we might become the righteousness of God in Him.” Just as our sins were the judicial ground for the sufferings of Christ, His righteousness is the judicial ground for our acceptance with God. We are righteous, beloved, and therefore we have peace (Romans 5:1) and pardon (Romans 8:1).

Thus it is in Christ that God was “reconciling the world to Himself, not counting their trespasses against them” (II Corinthians 5:20), because in Christ “righteousness and peace have kissed” (Psalm 85:10). And this was no wrathful God who was persuaded by a merciful Jesus to do this; no, it was the same God who created, who punished, and already began to save “in the beginning” who has come in Christ, punishing Him for us, and loving us on account of Him. Amazing love! How can it be?