“Blessed be the God and Father of our Lord Jesus Christ, who has blessed us in Christ with every spiritual blessing in the heavenly places, even as He chose us in Him before the foundation of the world…” (Ephesians 1:3–4) I can remember hearing those words for the hundredth time, yet, for the first time hearing what it said about me, my God, and my salvation.

Paul’s words knocked me to my knees as I beheld the glory of God as He reveals it so clearly in His purpose of election. Hearing these words, how can we do anything else but burst forth in praise! How can we not get passionate about the God who chose worthless worms? Election is a truth given to us in Scripture and we are to praise God for it! It is a truth meant to comfort our hearts. It is a truth meant to inspire us to desire the salvation of the lost. 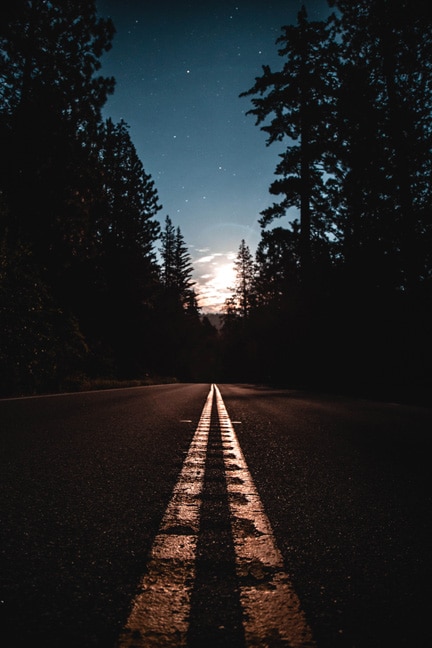 In these articles we are taken from the depths of depravity into which we were plunged by Adam’s fall and are shown the remedy – and more! After the Fall, that the Creator and Lawgiver revealed Himself as Redeemer and Father. He had already elected in His Son a multitude who had fallen (Article 16). He revealed Himself as merciful for the first time in the Garden when He promised to send a seed to crush the serpent (Article 17). In the fullness of times this “seed” came to full-flower in the Person of our Lord Jesus Christ, the eternal Son of God in the flesh (Article 18), who is both God and man, yet one Person (Article 19). This God-man was set forth as God’s means of redemption (Article 20) and as the only satisfaction for God’s wrath upon our sins (Article 21). Exhilarating, isn’t it? This is the drama of our redemption.

The Controversy Over Article 16

Article 16 was the point of contention in the controversy with James Arminius and his followers in 17th century Holland. The issue? The basic, straightforward words of this article: He delivers and preserves from this perdition all whom He in His eternal and unchangeable counsel of mere goodness has elected in Christ Jesus our Lord, without any respect to their works… Election is confessed by the Reformed churches to be an unchangeable decree of God without regard to its objects’ works – including their faith.

In opposition to the Confession of the Reformed churches, the Remonstrants wrote five articles of remonstrance (a public protest). Article 1 of their remonstrance says

That God, by an eternal, unchangeable purpose in Jesus Christ His Son, before the foundation of the world, hath determined, out of the fallen, sinful race of men, to save in Christ, for Christ’s sake, and through Christ, those who, through the grace of the Holy Spirit, shall believe on this His Son Jesus, and shall persevere in this faith and obedience of faith, through this grace, even to the end; and, on the other hand, to leave the incorrigible and unbelieving in sin and under wrath, and to condemn them as aliens from Christ, according to the word of the Gospel in John 3:36: “He who believes in the Son has everlasting life; and he who does not believe the Son shall not see life, but the wrath of God abides on him,” and according other passages of Scripture also. (emphasis mine)

Notice, while they affirmed the “unchangeable purpose” of God in election, it was based on the changeable wills of “those who, through the grace of the Holy Spirit, shall believe on this His Son Jesus, and shall persevere in this faith and obedience of faith” (emphasis mine). The only thing unchangeable about this decree of election, according to the Remonstrants, was that God had chosen to save those who would change themselves from unbelief to belief in Jesus. So whether He looked down the corridor of time and saw men choosing Him or whether He did not know who would choose Him until they actually chose Him in time and history, the result is the same.

Article 16 begins in an unexpected place: with the fallen state of man in misery. Our Confession gives us the wisest approach in discussing election with our non-Reformed friends and family by beginning: We believe that, all the posterity of Adam being thus fallen into perdition and ruin by the sin of our first parents… We often jump right into the decrees of God when someone asks us why we believe in election. This is not wise. Instead we need to begin where our Protestant forefathers, both Reformed and Lutheran, began before discussing salvation: sin. Although Article 16 describes the eternal love of God which was already in place even before Adam had fallen, it discusses election along redemptive historical lines. Notice the flow of argument in our Confession: it moves from creation (Articles 12–13) to the Fall (Article 14) to the consequences of the Fall (Article 15), and then to the manifestation of God’s mercy and revelation of the Gospel promise (Articles 16–17).

The Manifestation of God

What is God like? What did He manifest, or, reveal, about Himself after the Fall? That He is both merciful and just. We see this in Paul’s thought as he reflects upon the sovereignty to God in Romans 9. There he is dealing with the issue of ethnic Israel, the inclusion of the Gentiles, and the promises made to Israel’s forefathers. In that discussion he mentions that God “has mercy on whomever He wills, and He hardens whomever He wills” (Romans 9:18) and that this mercy and hardening is revealed in “vessels of mercy” and “vessels of wrath” (Romans 9:22-23). Truly we can stand back in awe with Calvin and say that this doctrine manifests horribilis Dei maiestas, “God’s dread majesty.”

A Manifestation of Mercy

…merciful, since He delivers and preserves from this perdition all whom He in His eternal and unchangeable counsel of mere goodness has elected in Christ Jesus our Lord, without any respect to their works…

As we ponder God’s predestination of some to salvation, we must stand in reverential fear and wonder and not speculate. There is nothing more amazing than election. It reveals just how big our God truly is and just how small we really are. It is beyond our thought and reasoning as to why God has chosen any – including you and me! Before they had done either good or bad, God chose Jacob and not Esau (Romans 9:11). He has chosen us without sight of our works, so that it is freely of grace, but also in full view of our wickedness so that it would be doubly gracious! As Canons of Dort I, 7 says, the Father chose us “according to the sovereign good pleasure of His own will.” That’s it – for His glory! As Ephesians says, God purposed this “in Himself” (v. 9) and “according to the counsel of His will” (v. 11). He has taken us as clay and molded us into “vessels of mercy” to show the “riches of His glory” upon us (Romans 9:19–23).

Often we turn this truth of grace into law. We turn election into some sort of second blessing which we must attain, which we must work for, which we doubt and despair. Beloved, election is pure gospel because, as Calvin says, Christ is the mirror of our election. If the knowledge of God’s good pleasure and powerful love before the foundation of the world leaves you in doubt, because you think you have sinned too much, then look to Jesus as a mirror; gaze upon Christ and see yourself – beloved by grace!

A Manifestation of Justice

…just, in leaving others in the fall and perdition wherein they have involved themselves. Finally, a part of the horribilis Dei maiestas is that God has not chosen everyone to salvation, but that He has left others to perish in their original and actual sin. May we thank God every day that He has not left us in our sin and we should pray that He would deliver so many more before Christ comes! May that “great multitude that no one could number” not even be close to its final number – for the glory of God and the salvation of the lost.

We usually call the manifestation of God’s justice “reprobation”, or “double predestination.” Reprobation is equally ultimate in the decree of God as election. We see this a few times in Scripture. God “hardens whomever He wills” (Romans 9:18) and “makes[s] out of the same lump one vessel for honored use and another for dishonorable use” (Romans 9:21). Those made for “dishonorable use” God has “prepared for destruction” (Romans 9:22). These are also described by Peter in these terms:“They [unbelievers] stumble because they disobey the word, asthey were destined to do” (1 Peter2:8), and by Jude in these words:“For certain people have crept inunnoticed who long ago were designated for this condemnation”(Jude 4).

This “destruction” and “condemnation” cannot be attributed to God or blamed upon God. The basis onwhich God manifests His justice in“leaving” or “passing by” those Hedoes not elect in mercy is their sinand unbelief (see Canons of Dort I,15).What, then, is the meaning of election for us who believe in Jesus?

Paul’s doxology for the Father’s electing purpose in Christ is that we bless God because He has blessed us. As Calvin says on this text, Paul’s intention in Ephesians 1 was “to rouse their hearts to gratitude, to set them all on flame, to fill them even to overflowing with this thought.” May God set another generation of Reformed Christians on fire for His glory and gospel!