“I’ll show you all the beauty you possess, if you only let yourself believe that we born innocent…” I can hear my radio now, as Sarah McLachlan catechizes American culture with her mantra that we are inherently beautiful and born innocent. Then again, we already believed that anyway. One of the problems of our culture is that we just do not want to be honest with ourselves and face the facts about who – and what – we are. We would rather delude ourselves with upbeat, positive self-help and pop psychology then look at ourselves in the proverbial mirror and acknowledge that we are a sinful people.

We still think of ourselves as at the heights of glory, as we learned we were created in Article 14 of the Belgic Confession. But the reality is that Adam and the rest of humanity was plunged into depravity when he willfully sinned. “Houston, we have a problem” is an understatement. So what has happened to us? Here in Article 15 we confess to believe that the result of our first father’s sin is that we are now born in sin. We call this the doctrine of original sin. This original sin causes us to be sinners not only by nature but also by imitation. 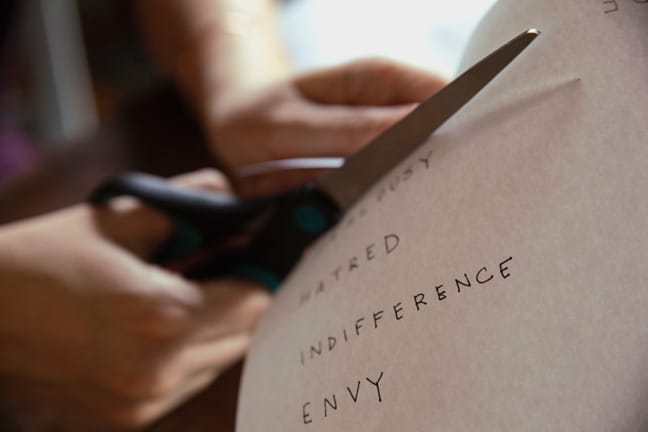 Our Confession devotes two full articles to the topic of humanity’s sin. Instead of “getting on with it” and moving to more positive things, or moving on to the good news, the Confession intends us to face who we are by nature – and meditate upon that fact. Just as we must know what bad news is before we know what good new is, so too we need to understand the bad news about our spiritual state so that we can understand the good news of Christ’s remedy.

So why do we call Adam’s sin in the Garden, “original sin?” Because it was the first, or original, sin that Adam committed as our representative. This has relevance for us because, as our Confession says, “We believe that through the disobedience of Adam original sin is extended to all mankind.”

As with all choices in life, sin never only affects the isolated person in which it works. It has consequences for the broader community. Adam’s original sin has been passed down to us and it has its consequences in us. But why and how has it been passed are the key questions. To answer these questions we turn to the locus classicus of original sin, Romans 5:12-21.

Here we learn that Adam and Christ are representatives of others. This is why we call them “covenant heads.” What they do/did affects others. In the beginning God placed Adam under a covenant (cf. Hosea 6:7), saying, in effect, “Do this, and live” (Genesis 2:16-17 cf. Luke 10:28). And as a covenant head, what Adam did or did not do would have blessed or tragic conse-quences on all to follow. This is why Paul says again and again thatthe curses of eternal death come through “one man”:sin came into the world through one man (v. 12) many died through one man’s trespass (v. 15) the judgment following one trespass brought condemnation (v. 16) because of one man’s trespass death reigned through that one man (v. 17) one trespass led to condemnation for all men (v. 18) by the one man’s disobedience the many were made sinners (v. 19) “Ok, so I see that Adam’s original sin is passed down to us, but how?” This is a common question. The answer is in the word “imputation”. The Oxford English Dictionary defines the verb “impute” as “attribute (something, especially something bad) to someone.” It comes from the Latin, imputare, “enter in the account.” To impute something is to give, to credit, to reckon something. In our culture the illustration of a credit card seems to work best. When you swipe your Visa® or Mastercard® the bank gives you the money to make that purchase. They impute to you $100 for your groceries, even though you may not actually have $100. In the context of Romans 4-5, Paul uses the verb for impute seven times (4:6, 8, 11, 22, 23, 24, 5:13) in his discussion of justification by faith alone. Just as Christ’s righteousness is imputed to us apart from anything we have done, so too Adam’s sin has been imputed to us apart from our actually committing the same sin. That’s how Adam’s sin has been “extended” to us. It is not a matter of us following Adam’s sin or making the same mistake he made. Paul makes this point in Romans 5:14 where he says, “Yet death reigned from Adam to Moses, even over those who sinning was not like the transgression of Adam.” We are born sinful by imputation, not imitation. And thus, this short little article in our Confession follows these words of Paul in saying, “Wherefore we reject the error of the Pelagians, who assert that sin proceeds only from imitation.” The Canons of Dort in III/IV, 2, says this about original sin and Pelagius: Man after the fall begat children in his own likeness. A corrupt stock produced a corrupt offspring. Hence all the posterity of Adam, Christ only excepted, have derived corruption from their original parent, not by imitation, as the Pelagians of old asserted, but by the propagation of a vicious nature, in consequence of the just judgment of God.

The Results of Original Sin

But if Adam’s sin was imputed to us apart from our actual sinning, why do we sin? This question gets to the heart of the relationship between original and actual sin. Just as we are justified by the imputation of Christ’s righteousness, and that act of imputation causes and results in the process of sanctification, so too the one sin of Adam imputed to us causes and results in our actual sins. So as we look into the mirror of Scripture we see the accursed results of Adam’s disobedience are a corruption of the whole nature and a hereditary disease, wherewith even infants in their mother’s womb are infected, and which produces in man all sorts of sin, being in him as a root thereof, and therefore is so vile and abominable in the sight of God that it is sufficient to condemn all mankind.

Our “whole nature” has been corrupted by the hereditary disease of the human family, namely, original sin. In our theological terms this means that we are totally depraved. Our minds, wills, affections, inclinations, heart, soul, and even body are fallen and corrupt. There is not one part of us untainted by sin.

Does this include little, helpless babies? God help us – yes! To use the words of Scripture, “Behold, I was brought forth in iniquity, and in sin did my mother conceive me” (Psalm 51:5). This is why our Baptism of Infants: Form Number 1 says “they are without their knowledge partakers of the condemnation in Adam.” So we are born corrupt, and even before that, were conceived corrupt; and it continues in that we then begin and continue to commit actual sins. The imagery the Confession uses is of the roots of a tree. When the roots go bad, the branches, leaves, and fruit go bad as well. The roots are the source of the life and health of the tree. And with us it is the same. Original sin is our root, and our daily sin is the fruit.

The Remedy for Original Sin

How is our original sin taken away? Our Confession goes on to say Nor is it altogether abolished or wholly eradicated even by baptism; since sin always issues forth from this woeful source, as water from a fountain; notwithstanding it is not imputed to the children of God unto condemnation, but by His grace and mercy is forgiven them. We are forgiven not by water but by grace! Do you see the marvelous truth of this sentence of our Confession? It is in the fact that even though the holy sacrament of baptism does not wash away our sins, we are not left to despair as the grace and mercy of God remove from us this condemning stain. This is exactly what our Catechism says in question and answer 72: “Is, then, the outward washing with water itself the washing away of sins? No, for only the blood of Jesus Christ and the Holy Spirit cleanse us from all sin.”

Of this mercy and grace of our Savior, Paul, in Romans 5:12–21, parallels the grace of the second man, Jesus Christ, with the condemnation of the first man, Adam, when he says:

The Response to Original Sin

By the mercy and grace of God we have been forgiven all our transgressions past, present, and future as well as the guilt of original sin. Nevertheless, God has not “altogether abolished or wholly eradicated” the stain and taint of this sin. We do not know why God, in His good pleasure, has seen fit to do this. But what we do know is that we are still sinners, as forgiven and justified Christians.

Simultaneously saint and sinner. What should our response to this be? Should we “sin that grace may abound?” (Romans 6:1) Should we “let go and let God” as the bumper sticker theology says? Our response is simple:

Not that they should rest securely in sin, but that a sense of this corruption should make believers often to sigh, desiring to be delivered from this body of death.

Sensing, experiencing, suffering with this “body of death” (Romans 7:24) should cause us to “sigh” or “groan,” as other translations say. We should be joining the fallen creation in as those “who have the firstfruits of the Spirit” in groaning “inwardly as we wait eagerly for adoption as sons” (Romans 8:23). When we understand who we are and from where we have come we are able to put our fingers on what is wrong with us. We sense that something is off, something isn’t quite right about us. That something is that we are sinful by nature. And because we are sinful by nature we are sinful in thought, word, and deed and may we always pray, “We have left undone those things which we ought to have done; and we have done those things which we ought not to have done. And there is no health in us.”