Creation has been a hot-button issue in the church for the last 150 years. Thankfully, though, our Confession of Faith brings us back to what is important about creation and what we actually confess about creation as confessionally Reformed churches. Here we ponder anew the glory of God in His work of creation.

In Article 2 of the Belgic Confession, we confess that God is known by the two “books” of creation and the Word, and that in the Word He is “more clearly and fully” known. Articles 3–7 addressed what we believe about that Word, then in Articles 8–11, we learned what that Word says about the Tri-Unity of our God. Now we have come full circle to ponder what we can learn about God in the “book” of creation in Articles 12–13.

The Creation of the World

The Confession begins with a sweeping declaration concerning the creation saying:

We believe that the Father by the Word, that is, by His Son, has created of nothing the heaven, the earth, and all creatures, when it seemed good unto Him, giving unto every creature its being, shape, form, and several offices to serve its Creator; that He also upholds and governs them by His eternal providence and infinite power for the service of mankind, to the end that man may serve his God.

We confess so much in so few words! First, we believe that the Father, by means of His Son (cf. John 1:3), created “of nothing.” This is the great doctrine of creation ex nihilo that has been believed for millennia. Now stretch your minds for a moment with me. When we say that God made all things “out of nothing,” we are not saying that “nothing” was something, but that “nothing” was no thing at all. This is important.

Many philosophies in the ancient world believed that matter was eternal and that God took this eternal matter, this “nothing,” this unformed matter and made what we see today. But this is no ancient speculation. It is no further than that knock on your door by two Mormon missionaries. In “The Teaching of the Prophet Joseph Smith” (pp. 350–351) we read of a funeral sermon by Joseph Smith for King Follett, which says in part:

Now I ask all who hear me why the learned men who are preaching salvation say that God created the heavens and the earth out of nothing. The reason is they are unlearned…God had materials to organize the world out of chaos, chaotic matter, which is element, and in which dwells all the glory. Element had an existence from the time He had. The pure principles of element are principles that can never be destroyed, they may be organized and reorganized but not destroyed.

We confess creation ex nihilo because God alone is eternal and to make matter eternal is to make matter a partaker of the divine nature, in fact, an emanation of God Himself.

The second thing we confess about creation is that God created “the heavens and the earth” (Genesis 1:1), that is, everything there is. The “heavens” refer to the invisible realm, what Solomon called “the highest heaven” (1 Kings. 8:27), which is the place where God dwells. The “earth” refers to the visible realm, where we dwell. The Confession is following the Nicene Creed, which interprets the words of Genesis 1:1 as meaning “all things visible and invisible.”

The fourth confessional point about creation is that it is God who is the master potter who gave “unto every creature its being, shape, form, and several offices to serve its Creator.” We do not believe in macro-evolution that has occurred by change, but we believe in a personal God who has personally “formed my inward parts,” who “knitted me together in my mother’s womb” (Psalms 139:13).

The fifth thing we confess is that the God who created is the God who providentially sustains; but we will return to that topic in our next issue as we treat Article 13 of the Confession. 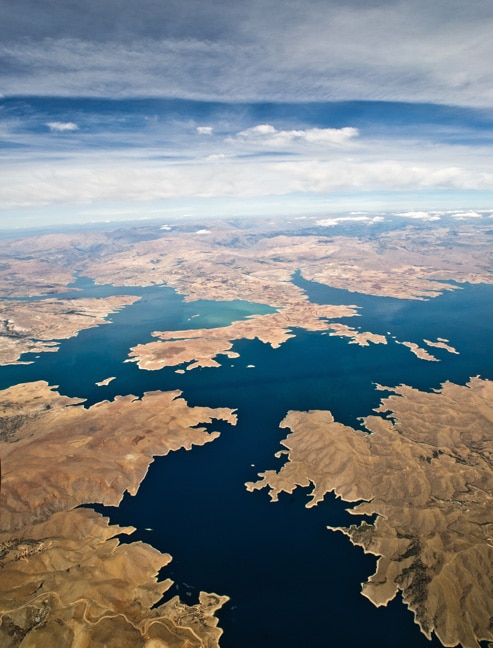 The Creation of the Angels

We now move from the creation of everything to a topic that does not get much press with us as Reformed Christians: the topic of angels. Interestingly, our Confession has a longer paragraph on angels than it does on the creation. It says:

He also created the angels good, to be His messengers and to serve His elect; some of whom are fallen from that excellency in which God created them into everlasting perdition, and the others have by the grace of God remained steadfast and continued in their first state. The devils and evil spirits are so depraved that they are enemies of God and every good thing; to the utmost of their power as murderers watching to ruin the Church and every member thereof, and by their wicked stratagems to destroy all; and are, therefore, by their own wickedness adjudged to eternal damnation, daily expecting their horrible torments.

Every angel was created good. But at some point in the past some of them “fell,” as the Confession says, or “sinned” as Scripture says (2 Peter 2:4), “Not stay[ing] within their own position of authority, but left their proper dwelling” (Jude 6). These angels, or “devils and evil spirits,” which we usually call demons, “are enemies of God and every good thing” (cf. Genesis 3:15; Ephesians 6:12; 1 Peter 5:8). Their goal is to “ruin the Church” and “destroy all.”

Although they do what they must, they will have the same fate as Satan, whose “doom is sure”, as we sing. On the contrary, those angels which “by the grace of God remained steadfast and continued in their first state” serve Christ as “ministering spirits sent out to serve for the sake of those who are to inherit eternal life” (Hebrews 1:14). And for that we must give praise.

The Rejection of Errors

Finally, because we believe the above about creation and the angels, we must distinguish ourselves from certain false teachers and teachings. We conclude in Article 12 with these words:

Therefore we reject and abhor the error of the Sadducees, who deny the existence of spirits and angels; and also that of the Manichees, who assert that the devils have their origin of themselves, and that they are wicked of their own nature, without having been corrupted.

The Sadducees were that group of Jewish religious leaders in the first century who “say that there is no resurrection, nor angel, nor spirit” (Acts 23:8). They were anti-supernaturalists. We find a modern-day teaching that echoes that of the Sadducees in the philosophy that says, “The cosmos is all that is or ever was or ever will be.”

The Manichees (also, Manicheans) were the followers of an influential Persian named Mani, who taught, in relation to demons, that they were eternally evil. A modern-day teaching that echoes that of the Manichees is any cosmic dualism that says there is a yin and a yang, an eternal good and bad, light and dark, and that our goal is to strike a balance between them.

In all this, let us say with the Psalmist: “O LORD, how manifold are your works! In wisdom you have made them all. May the glory of the LORD endure forever; may the LORD rejoice in His works” (Psalm 104:24, 31).

1. Discuss the idea that each member of creation has an “office” in which “to serve its Creator?” For example, what is the office of humans? The oceans? (cf. Psalm 96:11) The animal kingdoms?

2. Apply the power of God to create “of nothing” to the missionary calling of the Church.

3. Our culture is fascinated with the subject of angels. How much space does Scripture really give to this subject?