Texts such as these fill our minds and hearts with wonder and awe before our great covenant God. But these words must also cause us to be faithful witnesses in our culture which is so dark with unbelief. Although the latest surveys show that 97% of Americans claim to believe in “god,” many do not believe in the one true God of Scripture. Of these 97% notice the following numbers of people who worship false gods

While almost everyone in our culture believes in “god,” 25% of them have created a god in their own image! As one theologian has said, “In the beginning God created man in His image, and man has been returning the favor ever since.”

Are you “ready to give a defense to everyone who asks you a reason for the hope that is in you?” (I Peter 3:15) All of us are called to be salt and light, and the best way to let our light shine and our salt sting is to know what we believe and why we believe it—before we are asked! This is why we study the Belgic Confession. 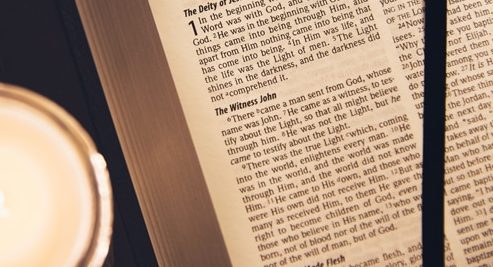 Let us begin with the first part of our Confession: the Doctrine of God Article 1, which can be outlined as follows:

I. The Nature of God

II. The Attributes of God

Beginning in the Beginning

I. The Nature of God

“…there is one only simple and spiritual Being, which we call God.” God is One We will deal with the unity of God when we get to articles 8–9 on the Holy Trinity. For now, though, let us understand that we affirm the simple teaching of Scripture as understood by the ancient Church. The three great ecumenical creeds of the “one, holy, catholic and apostolic Church” affirm the unity of God by saying

I believe in God (Apostles’ Creed)

We believe in one God (Nicene Creed)

The catholic faith is this: that we worship one God in Trinity, and Trinity in Unity (Athansian Creed)

One of the purposes of the Confession was to link the Reformed Faith back to the ancient faith so that we would not be seen as radicals, like the Anabaptists, but as in essential harmony with all true Christians.

We also confess that God is “simple.” Anyone who has delved into books such as Stephen Charnock’s, The Existence and Attributes of God or Herman Bavinck’s, The Doctrine of God, knows that God cannot be understood simplistically. So what does the term “simple” mean? It obviously doesn’t mean that we can fully understand Him or that God is a simpleton; instead it means that He cannot be divided. This means that God cannot be di vided up like a piece of pie; one part being the Father, one part being the Son, and another part being the Holy Spirit; or, one part being love, one part being just, and another part being holy. Each Person of the Trinity is 100% God, not one third of God. And the whole essence, the whole Being of God is love (1 John 1:5), is just (1 John 1:9), and is light, or holy (1 John 4:8). God is 100% love, 100% just, and 100% holy all of the time.

We also confess God to be “Spirit” (John 4:24). This means that God has no physical body (except God the Son who became a man) and that He is of a different substance than us. The spirituality of God and the simplicity of God go together, as a “Spirit” does not have flesh and bones and a “Spirit” cannot be cut up into parts. So “who is like the LORD our God?” (Psalm 113:5) No other per-son, thing, or “god.” He is uniquelyour God and the only God.