I have a dim recollection from my childhood days of being told I would have to endure one form of punishment or another until I had “learned my lesson.” My parents presumed, correctly, there were certain eternal lessons that would accrue some benefit to me if I took the time to learn them. Are there lessons we might learn from the political and moral machinations of the past six years?

As one who is perceived by some to be a “religious” person, whatever that means, I am sometimes asked if I see signs of “revival” on the horizon. This is a religious word which means most of us will be instantaneously converted and that all of our social problems will virtually disappear. Such an experience has happened three times in our national history, usually in the midst of some traumatic experience, such as the period immediately preceding the Civil War.

I tell such inquirers that while the work of the Spirit is frequently unseen, the visible suggests a continuing tailspin of immorality and indifference to matters of character and integrity along with an unquenchable thirst for instant gratification and avoidance of guilt feelings. 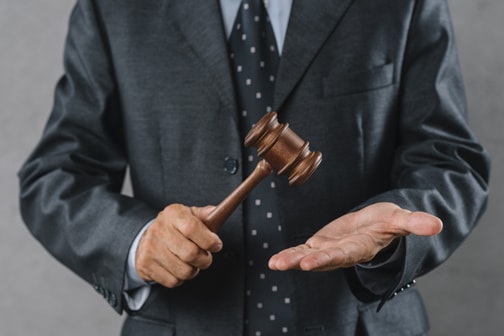 In the past we at least had the occasional statesman and not a few clergy who would remind us of the benefits of putting others first, humility, repentance and confession of wrongdoing to be followed by assurances of cleansing and personal as well as national renewal. Today, liberal and conservative preachers appear on television to denounce politicians, and statesmanship is as difficult to find as a parking place on most urban streets. Fundraisers on left and right warn of approaching doom unless their agenda is sustained by your immediate gift to support this cause or that politician.

During World War Two, a time that is receiving welcome attention again from historian Stephen Ambrose and TV anchorman Tom Brokaw, a Scottish Presbyterian minister named John Murray preached a sermon in Cincinnati titled “God and the War.” In it, he said the waging of war upon “just and necessary occasion is no more wrong than is the execution of just judgment upon the violators of civil righteousness within a particular municipality or nation.” Then, some debated the purpose of the war. Today, some are debating the purpose of just judgment on those who have violated civil righteousness.

While a shooting war and a cultural war are decidedly different, so are the casualties of each conflict. It is amazing how history repeats itself. Reading Murray’s sermon sounds as if it could be addressing today’s culture war. He cited a passage from Isaiah 26:9: “When your judgments are in the earth, the inhabitants of the world will learn righteousness.” Murray suggested that this lesson was more important than peace. “It is the lesson we have been loath to learn, the lesson of individual and national repentance.”

“Righteous” is a fancy theological word that means, among other things, “morally right or justifiable.” That the opinion polls reveal an unconcern about behavior that once was more widely considered immoral and unjustifiable is a lesson that our current “unrighteousness” problem is not and never has been the fault of President Clinton, but is our fault. Our lack of concern has produced leaders and a culture that turn a cold shoulder to such things.

In 1944, Murray was attacking “the alarming prevalence of sexual immorality and of marital infidelity,” divorce, profanity and “the example of some who occupy positions of high public trust.” Imagine what he might say about recent conduct by members of both parties who are in similarly high positions.

The occasion of a new year offers opportunities to again focus on those lessons from the past that are as valid today as they were to those who learned them and applied them to themselves and to their nation. The Senate is about to have a rare opportunity to ratify principle and law by rejecting polls and the psycho-babble appeals to “healing.” While it lacks the power to single-handedly restore civil righteousness, it can, along with preachers uncompromised by the subtle deception of the political demons, point the way for the rest of us to follow — if we are willing and ready to learn our lesson.