Not only does Jesus warn against false prophets who come from without to destroy the church, or bore from within, he also warns the leaders of the church to make sure concerning their own salvation. One who is busy in the things of the kingdom of heaven can so easily fall into the error of taking his own salvation for granted.

In this section Jesus is contrasting the profession of the lips with the practice of godliness. “Not every one that saith…but he that doeth the will of my Father who is in heaven.” This is the same contrast of which James speaks. He also urges his readers to be doers of the word. This truth has led many to conclude that Christianity is essentially a life; that it doesn’t make too much difference what a person believes if he only lives according to the right principles. That this is not Jesus’ teaching is clear from many other utterances which we have from the lips of our Lord. In Matthew 10:32–33 we have clear proof of his emphasis on confession. In fact, confession is first. First comes the confession, and then the life which issues from that confession.

Our Lord here speaks of “that day,” meaning the final day, the day of judgment. The roads described in vs. 13 and 14 have been traveled to the end. His followers were commanded to enter by the narrow gate. While traveling that road they were warned about false prophets who would seek to lead them astray. Now the end is pictured. Many will believe that they will be admitted to “life”, but they have been on the wrong road.

The individuals whom our Lord mentions here are a remarkable group. These have, no doubt. been leaders. They prophesied, they cast out demons, and they did many mighty works. All these things were done in the name of Jesus. They seemed to be in his employ. They were “successful,” for, surely, not everyone was able to do these things. These were men of whom the people had not the slightest doubt. They were never known as false prophets.

Those of whom Jesus here speaks are unconverted leaders—religious leaders of the people! Can an un· converted man prophesy? Can such a person cast out demons and do other mighty works? Scripture shows us that this can indeed be done. In the Old Testament Balaam is the classic example. Here was an unregenerate man who was used to speaking beautiful prophecies concerning the people of God, and even about the coming Messiah! In the New Testament Judas is portrayed as sue h an unconverted preacher and miracle-worker. He was among those sent out by Jesus and given authority to cast out demons and cure diseases (Matthew 10:1), These things were accomplished in Christ’s name. Was Judas not “successful”? He too brought back report that the demons were obedient to him. Some may have come to con· version through his preaching. Indeed, Judas later betrayed his Lord and therein showed his true character. Yet, there are “many,” says Jesus, who will go on until the final day before they are unmasked. The other disciples never suspected Judas until he committed his criminal act. 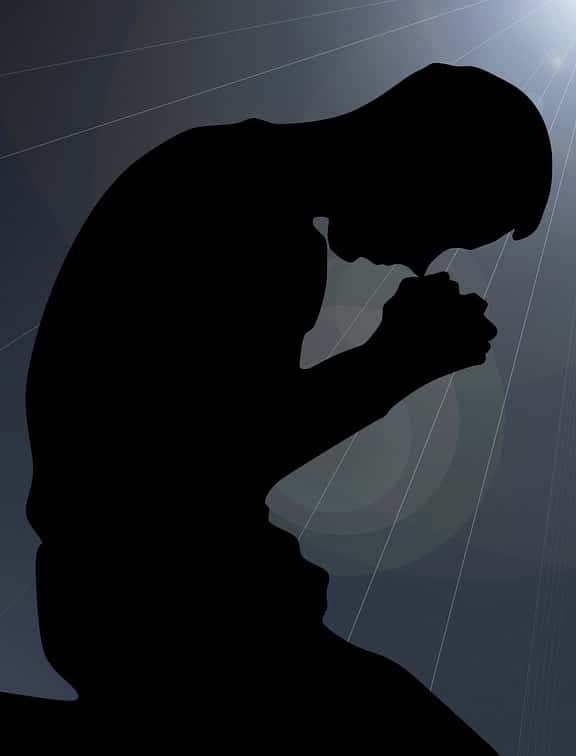 The warning concerning this evil is indeed necessary. One can be engaged in the things of the kingdom of heaven and neglect his own spiritual life. He may do many things which cause men to marveL Jesus seems to imply that they have even deceived themselves. They confidently expect to be ushered into life. They plead before him on the basis of their own works. Didn’t we do this and that—and note—by thy name? What a disappointment awaits them!

When these make their plea to their Judge, Jesus will answer them that he never knew them. This does not mean that he was not aware of their existence, but that he never knew them as believers. That is the only thing that counts! The question is not first of all what they have done or have not done but whether they believe. Is he actually their Lord? To this the reply is negative. The life of the heart did not agree with the profession of their lips. Even now they say, “Lord, Lord.” No fault can be found with this profession. But Jesus wants more! Even their prophesying and their performance of miracles was not the doing of the will of his Father in heaven! Giving a cup of cold water can be the doing of the Father’s will, while the casting out of demons may not be. Many of those who do his will have not performed deeds which caused men to marvel—but they enter into life. And these were never known.

Not only does Jesus state that he has not known them; he also commands them to depart from him. This is judgment! He will not have them in his presence. They may have been able to impress their fellowmen and even themselves with their piety, but Jesus commands them to depart. This departure is final. There is no return. Though they have done many wonderful things while on earth, Jesus sees them in their sinful nakedness.

To be with Jesus is life -to be banned from his presence is death!

Far from praising them for the works they had done, although they were deficient on other scores. Jesus speaks of them as those that work iniquity. Their works are called lawless. The righteousness demanded of them by the law of God was not satisfied by the works they performed. Although they had done mighty works by the name of Christ. more was required. Their outward conduct seemed blameless. They had thereby deceived others and themselves, but Christ calls them “lawless.” Certainly, the works they performed are by others preferred above the deeds of those who constantly and openly trample on the laws of God and men. Yet. they are men who work iniquity. In the final analysis there is but one righteousness, viz., the righteousness of Jesus Christ. Those who are not clothed with that righteousness are lawless.

1. Why is profession of one’s faith the first essentialP

2. When Jesus says that they will can him “Lord, Lord,” does that mean only a polite form of address, as some claim? Or does it mean more? Remember the time when he speaks this sermon.

3. Do you believe that an unconverted preacher can be a blessing for any group?

4. Can the whole counsel of God be proclaimed fervently by an unconverted man?

5. Does the fact that the false prophets did various wonderful things “by” the name of Jesus mean that they were sent?

6. How could the magicians of Egypt or the followers of the Pharisees perform miracles?

7. What was the iniquity which these people committed?

8. Jesus tells us that there will be “many” deluded individuals in the last day. Does this jeopardize the assurance of believers?