Euthanasia, including assisted suicide, is another example of misdirected pity in our present culture. It is being tolerated and accepted by people in our society out of pity for someone experiencing suffering. The Bible teaches us to have compassion for and give help to those suffering. Certainly every legitimate medical means should be used to alleviate suffering. However, the pain in our heart when seeing a loved one suffer may not allow our pity to make us willing to break God’s command: “Thou shalt not kill.” God has given life and only God may take our life or the life of a loved one when suffering.

In his book, Slouching Towards Gomorrah, Robert H. Bork writes:

Pity for those suffering was used by the media in the embryonic cell research debate prior to President Bush stating his decision whether to support the research with tax money. The media’s repetitive televising of Christopher Reeves in his wheelchair, making a desperate plea for government support of embryonic cell research to help him and others who suffer, was using compassion and empathy in an attempt to convince and promote the justification of using living embryos for medical research. Pity was used to make a plea for letting the ends justify the means, even though the means meant the destruction of the life of the embryo. 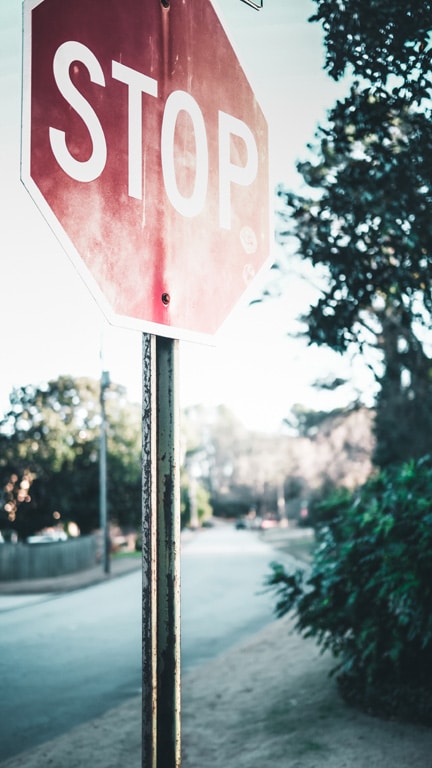 Abortion, planned parenthood, women in office, and inclusive language all are factors in our society and church community which have become popular out of pity for women through the cause of radical feminism. The woman is promoted as needing pity for inequality and in need of choice for herself and her body. Robert H. Bork in his book,

Robert H. Bork goes on to explain the feminists’ agenda within the church:

The strongest force seeking to destroy traditional religions is feminism. Radical feminists have very little use for religion or churches as they are, but they do not leave the churches whose doctrines and liturgies they find objectionable. They work within to change the churches so that the final product will bear little resemblance to Christianity. (p. 287)

Robert H. Bork further explains the effects of feminism within the church:

The damage done to traditional religion that is most obvious to the people in the pews is the feminist drive to make the language of the scriptures and liturgy “inclusive.” As in all of feminism’s endeavors, the charge is that the traditional—in this case the English language and the original language of the Bible – are unjust and offensive because they make women feel left out. (p. 287) From the above statements, a major question arises as to whether a Christian may be empathetic toward any facet of radical feminism.

Divorce is being accepted and tolerated readily today out of pity for anyone who is unhappy or unable to follow one’s own personal pursuits and happiness. In the book, The New Tolerance by Josh McDowell and Bob Hostetler, one finds the following quotes:

Christian churches and denominations, both mainline and evangelical, have been gripped by a struggle for and against the new tolerance in the areas of love, sex, and marriage. (p. 180)

So rampant is the new tolerance in the church today that biblical standards are being ignored – or redrawn in favor of a more “tolerant” approach.. .one that seeks to redefine marriage and sexuality according to human standards and “sensibilities.” (p.182) William S. Bennett in his book, The Broken Hearth, writes: …Marriage itself, detached from any objective foundation, is seen by many as possessing little or no intrinsic worth but as being a means to an end; the end, that is, of “personal happiness” or “fulfillment.” (pp.11 &12)

Above all, marriage is now viewed not as a covenant but simply as a contract based on self-interest, convenience, and individual self-fulfillment. As contracts go, moreover, it is among the weakest in contemporary American society; in the words of the family scholar Maggie Gallagher, “We now live in a society where it is legally easier and less risky to dump a wife than to fire an employee.” (p.29)

Lack of discipline or permissiveness in the home, in the church, and in the judicial system results when child, transgressor, or criminal receives pity rather than correction and justice. When one pities a person with behavior God dislikes, one reinforces and promotes that behavior and prevents proper Christian discipline and justice. Self-control, a fruit of the Spirit, is hindered in development when pity replaces loving Christian discipline. Reinforcing these concepts, Dr. Dobson in his book Bringing Up Boys, p.207, quotes Michelle Malkin in “Baby Boomer Parents Are Asleep On the Job,” Creators Syndicate, Inc.:

Thanks largely to the radical egalitarian ethos embraced by the Baby Boomers, American notions of discipline have grown softer than the down filling in a teen’s sleeping bag. Kay Hymowitz, author of Ready Or Not: Why Treating Children As Small Adults Endangers Their Future and Ours, notes that nowadays “adults imagine themselves as children’s allies, trainers, partners, friends, facilitators, colearners, and advocates. Their role is to empower children, advocate for them, boost their self-esteem, respect their rights, and provide them with information with which they can make their own decisions. But is this really what children need?” My child needs her parents to be parents, not playmates….1

Cal Thomas, in his article, “Ethics are missing in action in America,” Grand Rapids Press, July 4, 2002, summarizes a consequence of misdirected pity resulting in permissiveness and toleration:

Wrongdoing was once treated seriously. Today, it doesn’t matter and what we tolerate we get more of.

Universal salvation is being taught and accepted today out of pity for human beings having to be told that there is punishment in hell unless one knows Jesus Christ as Savior and Lord. The culture’s cry for inclusiveness with its insistence that salvation be promised to all with any religion or set of beliefs is gaining acceptance. The one biblical way of salvation is considered too exclusive and harsh even though God, the author of salvation, states it in His Word as an absolute truth. It’s much more pleasant and easy, and appears more compassionate for the preacher, when he proclaims that everyone will get to heaven by any religion and other ways than through Jesus Christ alone. Such theology develops into a false gospel, built on the premise of pity. In their book, The New Tolerance, Josh McDowell and Bob Hostetler point out:

The new tolerance that has crept into the church threatens their [your children’s] assurance of salvation, their belief in the Bible, and ultimately their faith in a Christ who is the only way to salvation. The tolerance that exists in the church today may even encourage them to seek salvation somewhere else… thus endangering their eternal souls. (pp. 188, 189)

William S. Bennett in The Broken Hearth states: Deep moral convictions are often thought to be antithetical to the spirit of tolerance; in fact, they are not. A very particular and very misguided conception of tolerance holds sway today: the tolerance, rooted in relativism, that proclaims we cannot know right and wrong, that rejects assertions based on inviolable principle, that believes truth is a mere social construction. But this is no tolerance; this is moral exhaustion and sloth. (p. 138)

Properly understood, tolerance means treating people with respect and without malice; it does not require us to dissolve social norms or to weaken our commitment to ancient and honorable beliefs.

In some evangelical circles a no-lordship gospel is being promoted out of pity for the sinner who doesn’t want to repent and leave his sin. It teaches that one can accept Jesus as Savior without the need of repentance. Some evangelists are misdi recting their pity for sinners, by teaching that Jesus can be one’s Savior without being one’s Lord. Thus, misdirected pity for the sinner becomes a snare to the proper presentation of the Gospel, proclaiming a flawed, false gospel. The following quote from the book, Faith Works: The gospel according to the Apostles by John P. Macarthur, Jr. sums up the no lordship gospel and its effect:

I am deeply concerned as I watch what is happening in the church today. Biblical Christianity has lost its voice. The church is preaching a gospel designed to soothe rather than confront sinful individuals. Churches have turned to amusement and show business to try to win the world. Those methods may seem to draw crowds for a season. But they’re not God’s methods, and therefore they are destined to fail. In the meantime, the church is being infiltrated and corrupted by professing believers who have never repented, never turned from sin, and therefore, never really embraced Christ as Lord and Savior. (p. 88)

The Christian must develop and practice compassion and concern for the widow, the fatherless, the suffering, the prisoners, the poor, the hungry, the needy, the lost, and for whomever the Bible tells us to show compassion, as doing it for the Lord. However, misdirected pity in which the Christian directs his pity toward behavior which God detests, finds abominable, or has commanded against, leads such a person into dangerous spiritual consequences. It can easily take one away from God’s Word to one’s own purposes. Misdirected pity causes the toleration and condoning of the evil rather than purging the sin from the Christian’s life and the Church. Misdirected pity leads to the error of calling evil good and good evil as stated in Isaiah 5:20: “Woe to those who call evil good and good evil, who put darkness for light and light for darkness, who put bitter for sweet and sweet for bitter.” A Christian must be compassionate, empathetic, and sympathetic; but one must not pity what God does not pity and does not want pitied nor practiced. Showing biblical pity is a virtue, but practicing misdirected pity becomes a snare to the Christian and to the Christian church.

Mrs. Jan Groenendyk is a retired Christian School teacher. She is the wife of Rev. Marion Groenendyk. They are members of the Bethany United Reformed Church in Wyoming, Michigan.