And the whole earth was of one language and of one speech. And it came to pass, as they journeyed east, that they found a plain in the land of Shinar; and they dwelt there. And they said one to another, Come, let us make brick, and burn them thoroughly. And they had brick for stone, and slime had they for mortar. And they said, Come, let us build us a city, and a tower; whose top may reach unto heaven, and let us make us a name; lest we be scattered abroad upon the face of the whole earth. And Jehovah came down to see the city and the tower, which the children of men builded. And Jehovah said, Behold, they are one people, and they have all one language; and this is what they begin to do: and now nothing will be withholden from them, which they purpose to do. Come, let us go down, and there confound their language, that they may not understand one another’s speech. So Jehovah scattered them abroad from thence upon the face of all the earth: and they left off building the city. Therefore was the name of it called Babel; because Jehovah did there confound the language of all the earth: and from thence did Jehovah scatter them abroad upon the face of all the earth. Genesis 11:1–9

As for this image, its head was of fine gold, its breast and its arms of silver, its belly and its thighs of brass, its legs of iron, its feet part of iron, and part of clay. And whereas thou sawest the feet and toes, part of potters’ clay, and part of iron, it shall be divided kingdom; but there shall be in it of the strength of iron, forasmuch as thou sawest the iron mixed with miry clay. And as the toes of the feet were part of iron, and part of clay, so the kingdom shall be partly strong and partly broken. And whereas thou sawest the iron mixed with miry clay, they shall mingle themselves with the seed of men; but they shall not cleave one to another, even as iron doth not mingle with clay. And in the days of those kings shall the God of heaven set up a kingdom which shall never be destroyed, nor shall the sovereignty thereof be left to another people; but it shall break in pieces and consume all these kingdoms, and it shall stand for ever. Forasmuch as thou sawest that a stone was cut out of the mountain without hands, and that it brake in pieces the iron, the brass, the clay, the silver, and the gold; the great God hath made known to the king what shall come to pass hereafter; and the dream is certain, and the interpretation thereof sure. Daniel 2:32–33, 41–45

The Scripture passages cited above are very familiar. Their very familiarity, however, can make us fail to see their importance for an understanding of the history of the world.

There have been great powers in times past which united almost the entire known world under one regime. Nebuchandnezzar succeeded in this, so did Persia and Greece and Rome. Later we find an entirely different situation. As those feet and toes of Nebuchadnezzar’s image were of iron and clay mixed, so have the nations also been divided throughout time. There is no inner cohesion among the nations. Every attempt to unify the peoples of the world has failed.

We should notice that it was God who created this division among nations. This division was not due to a natural development but to a direct divine act. God has willed this division and what God has put asunder no man has been able to join together! He did this in a very simple yet effective manner. He came down and confounded men’s speech so they could not understand one another and scattered them over the face of the earth. What a change was wrought by the confusion at Babel!

The division created was first of all due to Jack of communication among people. They were not able to understand one another any more. However, the cleft which was hewn went much deeper than that. By means of study one is able to learn various languages besides his native tongue. When the United Nations of today gather in their assembly the words of each speaker are immediately translated into the various languages of the delegates. If one knows the meaning of the words spoken in a foreign language does this also mean that he is able to understand the speaker fully? That is precisely the difficulty. The thought-patterns differ so greatly. A speaker may mean something entirely different from the ideas which are conveyed to others by means of an accurate translation. It has often been said: “We do not understand the oriental mind.” We may know the meaning of their words but still do not understand their thinking.

Is this due to the separate development of the various nations and peoples? No doubt, this separate development has contributed to the differences found today. However, the confusion of speech at Babel contributed much more. There the lines were drawn and the patterns were set. The confusion of tongues at Babel was one of the most important events in the history of the world. Since that time men have failed in all attempts at unification. The peoples of the world cling together like iron and clay—and “iron doth not mingle with clay.”

We are not left in the dark regarding the occasion for this event which took place at Babel. The people were all living in close proximity to one another and they desired to keep it so. Regardless of what God bad commanded, they wanted to stay together. To achieve this they planned. to build a large city and a tower. Their main purpose was “to make us a name.” Man’s pride is emphasized. Soon after the flood man would destroy himself again by means of his pride, but God intervenes. Through united effort their pride will swell until they ignore God and all his commandments. If they remain united there will be no limit to the things they plan to do. God scatters them and they leave a partially built city and tower as a memorial to their folly. 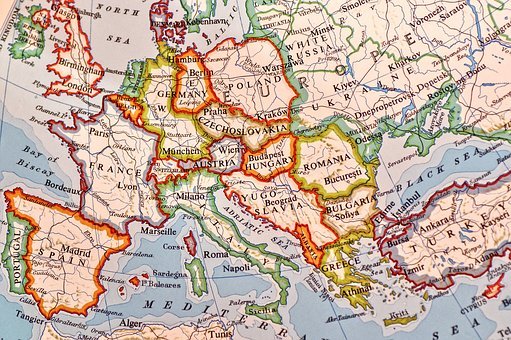 1. Are the attempts of unification of nations wrong? Will they ever succeed?

2. Are racial differences also the result of a Divine act? In what practical ways must we reckon with these differences?

3. Why are people usually so anxious to unify or annex? Do you think the “pride in numbers” plays a very prominent role in current attempts to unite all denominations?

4. What was God’s purpose in scattering sinful mankind?