As we begin this series of studies entitled, “The Riches of the Reformed Faith”, I would like to share two preliminary principles with you.

First of all, please know that throughout this series it is by no means my intention to “bash” or to in any way “disrespectfully denigrate” any other Christian faith tradition. I mean that sincerely. 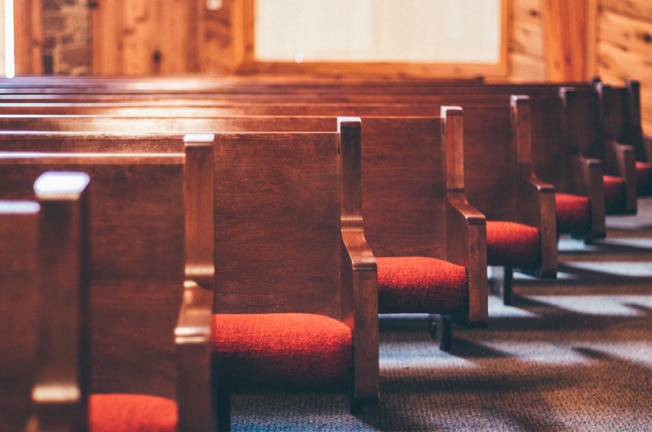 Secondly, that having been said, please know that a major motivation for my so deeply desiring to prepare this series of studies on the Reformed faith arises out of a growing burden that I have as I scan the “ecclesiastical landscape” in northern New Jersey and elsewhere.

It has been my observation and experience over the past several years that more and more of our “traditionally Reformed Church families” – and by that I mean those younger or older, married or single, with or without children – who have grown up in the Reformed Faith, seem to be increasingly forsaking “the faith of their fathers”. Indeed, I believe that I can sincerely say, therefore, forsaking “the faith that was once for all entrusted to the saints” (Jude 3). Such are increasingly beginning to worship at or are becoming members of basically Baptist or Arminian churches apparently without realizing or being concerned about the many profound implications of making such a move – personally and practically, biblically and theologically, both for themselves as well as for their children and their children’s children.

Now, in case you are not all that familiar with the term “Arminian”, please allow me to define that term for you because of its profound and pervasive implications for so much of what we hope to study throughout this entire series.

Back in the 5th Century AD, there were two very renowned theologians, each representing two distinctively different schools of “theological thought”, each in effect representing two distinctively different religious systems. Their names were Augustine andPelagius. Augustine (whoseteachings had a profound influence on the theological formulations of the great Reformer John Calvin) developed a body of biblical doctrine which strongly emphasized faith and the Sovereignty of God – not completely negating human responsibility or going to the erroneous extreme of “fatalism” or to what some havetermed “hyper-Calvinism”, but a body of belief which did indeed emphasize faith and the Sovereignty of God, none-the-less.

Pelagius, on the other hand, developed a system of belief which strongly emphasized good works and man’s free will and the inherent ability of man to do all that God commanded him to do.

It is and will be my contention throughout this series of articles that Arminianism – historically and classically understood – the kind of Arminianism which our Reformed Creeds and Confessions repeatedly defy and deny – the kind of Arminianism which is being taught and practiced and preached in any number of Independent and basically Baptist Churches throughout North America and the world – represents an unbiblical, unholy, and unhealthy compromise between Augustinianism (or classic Calvinism – that which focuses on the 5 Doctrines of Sovereign Grace ) and Pelagianism.

Now again, please remember both of those preliminary principles and please do not misunderstand what I am saying! In fact, when I was growing up in Wayne, New Jersey, every so often my parents would take me as a young boy to various Arminian churches in order to hear gospel quartets or certain evangelistic speakers. I was often tremendously blessed and my spiritual life enriched by them! In fact I am a graduate of The King’s College which was then located in Briar Cliff Manor, New York. King’s is basically a Baptist/Arminian school – and yet, I was tremendously blessed by, and am extremely grateful for, the training which I received at King’s.

Finally, on this score, by God’s grace, both my wife, Margaret, and I served for a number of years in both part-time and full-time capacities on staff with Youth For Christ/ Campus Life in the North Jersey area under the direction of Mr. Ron Hutchcraft. In its basic philosophy and theology, Youth For Christ is an Arminian ministry … and yet, again, Margaret and I both learned much and would like to think that we were used of God during those years of ministry.

In the August/September 2003 issue of New Horizons magazine, the General Secretary for the Committee on Christian Education of the Orthodox Presbyterian Church, Dr. Larry Wilson, writes:

We believe that the Reformed faith is the most consistent and comprehensive understanding of biblical truth. It’s really nothing more or less than the gospel and its implications – the teachings of the Bible. As such, the Reformed faith embodies an entire life-system or worldview. (p.8)

We are living in a day in which practically all of the historical churches are being attacked from within by unbelief. Many of them have already succumbed. And almost invariably the line of descent has been from Calvinism to Arminianism, from Arminianism to Liberalism, and then to Unitarianism. And the history of Liberalism and Unitarianism shows that they deteriorate into a social gospel that is too weak to sustain itself. We are convinced that the future of Christianity is bound up with that system of theology historically called Calvinism. Where the God-centered principals of Calvinism have been abandoned, there has been a strong tendency downward into the depths of man-centered naturalism or secularism. Some have declared – rightly, we believe – that there is no consistent stopping place between Calvinism and atheism.

With those words of introduction we will begin a series of articles next month on The Riches of the Reformed Faith. Next month we hope to consider, The Sovereignty of God