So important is chapter 12 for the right understanding of the rest of Revelation that we devote three lessons to it. Here the emphasis falls on “wilderness.”

Throughout much of the world such places are still found. They are largely uninhabited. Little that can sustain human life grows there. Nor are there well-marked paths for foot travelers. But in modern times much of that has changed. Today many seek such places for a week or two of recreation. Often from our vantage point they are not at all frightening. We can ride through them, even spending some nights in well-appointed motels, in air-conditioned cars stocked amply with food and drink, and tuning in to the outside world. Should the car happen to break down en route, help can easily reach us within the hour.

Not so the desert in Bible times. Deserts were frightening regions. Terrifying experiences could be expected. Vipers armed with deadly poison could strike the unwary. Blinding sandstorms arose without warning. Unless an experienced guide showed the way, death could soon cut the journey short. Seldom if ever was it a pleasant place to be.

But John reminds us that this is the place for that radiant “woman” after the devil and his evil confederates have been “thrown down” to the earth.

For the first readers and us this message is of highest importance. Satan, defeated in his attempt to murder the man child, is filled with “fury.” He rages because of the victorious enthronement of the Lord Jesus Christ. All the foundations for the complete salvation of the saints have been firmly set in place. Yet he will not admit complete defeat. Since he cannot pollute the heavens with his slanders, he like a deadly “serpent” will seek to slay the church. In this way he supposes himself still able to thwart God’s work of grace at least to some degree.

How, against such superhuman power, raging with uncontrolled fury, can the “woman” find safety? She must go into the “wilderness.” Only there will she find a “place where she will be nourished.” And the length of her stay is stated. Unmistakably it is the period between our Lord’s ascension and his return at the end of the ages.

Help is also provided for her flight. She “was given the wings of a great eagle.”

Although not stated, we realize that this gift comes from the sovereign God through the Lord Jesus Christ. All power and authority are His to preserve and protect those whom He has purchased with His precious blood. The symbol is transparent Few birds can fly so high, so long, so far away as the eagle. Whatever strength to escape and endure the church lacks is abundantly supplied by the “wings.” But in obedience she must use them!

Immediately we remind ourselves of a sharp contrast between this setting and that found in chapter 11. Here it is the “wilderness.” There it was “the great city” called Sodom, Egypt and the place where her Lord was crucified. That is the city built by man, both the world and the false church, according to man’s standards and catering to man’s sinful pleasures. It is always filled, whether fully realizing this or not, with implacable hatred of God and His will. In such a place there is no safety for the church, for those who overcome “by the blood of the Lamb.” None who identify with that city can be saved. Like Lot of old, they must “come out of her” before unexpected and sudden destruction overtakes them.

The “wilderness” is always the church’s proper place. So it was for Israel when the God of the covenant, ever faithful to His promises, rescued them out of Egyptian slavery. Of this He reminded His people repeatedly: “You have seen what I did to the Egyptians, and how I bore you on eagle’s wings, and brought you to myself” (Exodus 19:4; Deuteronomy 22:11; Isaiah 40:31). Throughout those long years the Lord always “nourished” them. He gave them victory over those who attacked. Food came down for them, daily manna and even quails. When water ran short for them and their flocks, He supplied it from the rock. Nor did their clothes and shoes wear out. Such lessons of God’s faithfulness could only be taught and learned well in the wilderness. Some have suggested, whether rightly or wrongly, that the “time and times and half time” which consists of 42 months may refer to the 42 stages of Israel’s wanderings in the desert (Numbers 33:5f.). 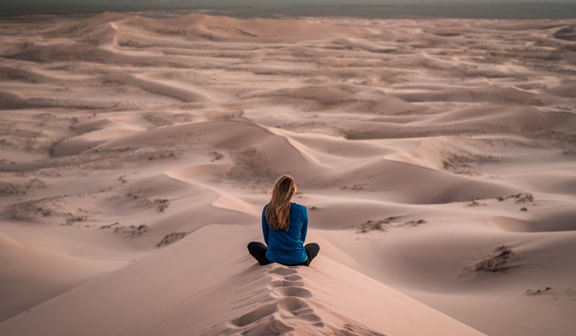 Several make much of the “two wings.” Although not explained by John, some suggest these are the law and the prophets; others the Old and the New Testaments; the law and the gospel. Perhaps not too far afield. For surely strength as well as sustenance for the true church comes through the covenant Word of our God But mention of “two wings” here is to be expected. No bird flies far with only one.

Hardly need we add that the “wilderness” is not a geographical designation. Always the New Testament church is “in” the world. Only there can she carry out her God-assigned commission. What He commands is spiritual isolation and insulation from every worldly influence. For pilgrims and strangers on this earth only such a “wilderness” assures safety. Like Abraham, their spiritual father, they seek no abiding city here but “the city with foundations whose architect and builder is God” (Hebrews 11:8–10).

Although “out of the serpent’s reach” in that place, the church never escapes Satan’s attacks. He can never kill her with the poison he carries within himself. We do well to take this to heart. So long as believers cling to the Savior and give testimony to such faith, none of the poison of false doctrine and practice can cause her death. What consolation in times when rebellion and apostasy rise high within the walls of what still calls itself church. Christ, so we confess, by His Spirit and Word always preserves His own.

Even the distance provided, however, does not stop the devil in his tracks. He must, by that inner necessity of his rebellion against God, use every opportunity to demonstrate his “fury.” He is angry, full of burning wrath caused by his frustration.

Again the language is colorful and not to be muted or minimized in any way. “The serpent spewed water like a flood” (“nahar,” also used for rivers when in full spate). By this he hopes to make its waters carry the church along and so sweep her into destruction (“potamophoreton” as river-borne). Floods, too, play an important role in the Bible. We need only think of how in Noah’s day everything of the old world perished except what the ark contained. Also in Amos 8:8 it is used as a figure for God’s wrath against a covenant-breaking people. But, in contrast, believers also suffered at the hands of ungodly men who rose up against them as “a flood” (2 Sam. 22:5; Ps. 18:4; 69:2). Then the faithful God promised safety. “Therefore let every one who is godly offer prayer to thee; at a time of great distress, in the rush of great waters. They shall not reach him. Thou art a hiding place for me” (Ps. 32:6, 7a).

And “the earth helped the woman.” In sharp contrast to the serpent, it opens its mouth to swallow up what the devil used in attempting to sweep away the church. Nowhere in Scripture do we find an exact parallel to this. The only echo of something akin is in Moses’ song, “You stretched out your right hand and the earth swallowed them” (Exodus 15:12). Land and sea are always at His command. The Lord uses His providential government, both general and special, to safeguard His church in ways past our finding out. Even worldly kings and nations have been employed by Him against her persecutors (lsaiah 44:28; 45:1) No satanic attack is too clever or powerful to withstand Him. So did Israel’s poet remind the people in Psalm 136:

Overwhelmed therein the foe, Drowned therein proud Pharaoh; Through trackless waste He led Israel’s folk and gave them bread. For His mercy will endure, Ever faithful, ever sure!

The message, however, is not yet complete.

The true church can and never will perish from the earth. No matter how often she is attacked, her safety is secured. It is impossible for the Savior-King to be without a citizenry, be it but a small remnant, since also the earth was given to Him as His possession.

At the same time the devil, not ceasing his attacks, makes “war” against “her offspring.” These are the ones “who keep the commandments of God and bear testimony to Jesus.” And in their faithful witness they suffer tribulation. Many will be slandered; others thrown into dark dungeons and tortured on racks; not a few killed as people “unworthy” of living in this present world. Far too little are we aware of suffering like this going on every day throughout many lands. In this respect the experience of the New Testament church, while enjoying far richer privileges of grace, differs little from that of the Old Testament (Hebrews 11:35–38). In the rose garden of God’s covenant. insects are always present to suck the juices and spread the blight.

Now the chapter closes with a startling statement.

The devil is seen standing “on the sand of the sea.” And he is not gazing at it in leisure. He is looking for something or someone. He needs more than the assistance of his fellow demons to wage war against the Lord’s saints; he needs earthly helpers through whom to conduct that war. He will soon find helpers and begin to use them Not for a moment does he abdicate from his ill-gotten claim to the world fallen into sin. Not for a moment will he cease from any attempt to undermine the cause of the Lord’s anointed.

1. How can the true church, in spite of all the denominational confusion, be clearly distinguished from the false? Give evidence also from the above.

2. Describe in some detail what a true desert, both in John’s day and ours, is like.

3. Which several important lessons did Israel have to learn in the desert? How can and should we learn the same?

5. Explain in detail how and why living spiritually in “the great city” brings sorrow amid all its pleasures and even death. How can we be “in” but not “of” the world?

6. Can you explain why the devil hates the true believer so much?

7. What “flood” has the devil been using in our times? Be very specific. What can and does he use to fill the earth with it? Are our days more dangerous than John’s?

8. Should we spiritualize “earth” here as worldly people drinking in that flood?

9. The devil has often been called “God’s ape.” Does his use of “mouth” perversely imitate the way in which the Lord Jesus gathers and preserves His church?

10. Mention several grave dangers which threaten God’s people when little or no open opposition to the gospel is experienced.