By this time much of the “drama” of our Lord’s dealings with the world has been set forth. How comforting those earlier chapters were for believer’s in the closing years of John’s life. And even now, centuries later, they provide a peace which passes all understanding as the winds of sin and war blow fiercely against the true church. 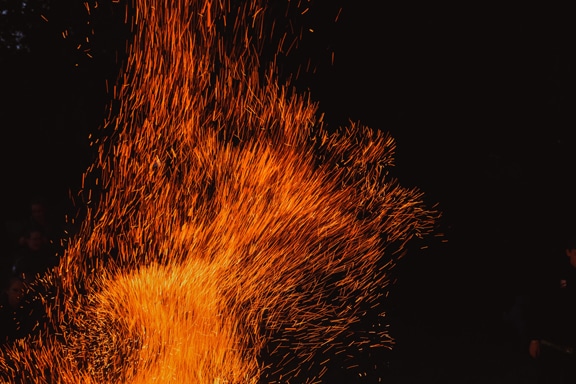 What follows will clarify, by way of details, that which the apostle saw and heard.

Warfare is by no means new. The story of humanity is drenched with untold tears, unremitting cruelty and bloodshed. It began shortly after man’s creation in the image of God to enjoy the perfection of Paradise. Soon the “serpent” appears on the scene to seduce our first parents. And with that, war is declared; not by Satan or by Adam and Eve but by the sovereign God Himself who will not allow His purposes to be frustrated. He puts “enmity” between the seed of the serpent and that of the woman. He also announces sure victory (Gen. 3:15).

To this John’s attention is called in the present “vision.” Before his eyes the entire Old Testament dispensation passes in quick review as he sees “a great and wondrous sign.” So astounding is this portent, that his attention is irrevocably drawn to look upon and then describe it. It appears “in the heavens” to remind us that here something far beyond man’s wrong-headed imagination and ingenuity has been taking place. Here is the Lord God at work to bring salvation.

The woman clothed with the sun, vss. 1,2

Look carefully at the details which describe her appearance. Her robe is the “sun” shining in all its splendor with the “moon” under her feet. She is also adorned with “a crown of twelve stars.” Not only her beauty but also her royal dignity strike John’s attention. And who can rightly deny that this is the way in which God Himself sees His church composed of that redeemed humanity which earlier in this writing has been designated “a kingdom and priests unto our God”? Now as John sees Old Testament history through the enlightened eyes of a God~given faith, he tells us that this woman “is pregnant.” This greatly intensified her pains for the time “to give birth” was at hand.

In keeping with Scripture itself this woman is the elect community, the one who by divine power will bring forth the “seed of the woman.” While in danger and distress, languishing small and insignificant and impoverished in the world’s eyes, her safety is secured “in the heavens.” Hers is a “sun” to let her light shine among the nations. And the “twelve” are an indubitable reminder of Jacob’s twelve sons as the progenitors of the people from whom Christ according to the flesh would be born.

Her sufferings, to be sure, did not begin immediately prior to our Lord’s birth. In every age that “congregation” was afflicted by foes from within as well as from without.

Although the apostle rehearses none of the details, we do well to recollect some of the happenings which threatened the coming of the Savior into the world. Remember the story of the world before the flood; the long centuries of slavery in Egypt; the evils into which Israel fell in the days of the judges; the fearful years of Ahab, Ahaz and Manasseh; the seventy years of exile in Babylon; the four hundred years between Malachi and John the Baptizer. But while tempted and tested repeatedly, the “woman” was spared, supported and seasoned by the gracious covenantal mercies of God. Always a “remnant,” whether few or many, yearned for the coming of the promised One. And “when the time was fully come,” He appeared to fulfill all the promises of salvation from sin and its consequences.

Another “sign” is also seen. It is “an enormous red dragon.” The symbol, for anyone who knows the Bible, is self-explanatory. Later John names him together with those evil hosts which have confederated with him to oppose God. “Enormous” points to his unusual power; “red” to the war and blood-shed associated with his defiance; “dragon” to him as a fearsome and frightening beast which no mere man can ever tame. Jeremiah earlier compared Nebuchadnezzar, devouring Judah and Jerusalem, with such a monster (Jer. 51:54). Similarly Ezekiel wrote about Pharaoh lurking in his streams to destroy his prey (Ezek. 29:3).

That superhuman power is further explained as having “seven heads,” a fullness of intelligence and cunning. “Ten horns” designate great power to do deadly work. That dragon also wears “seven crowns.” He does rule and that with authority. Much of this will also be applied in the next chapter to the beast out of the sea whose power derives from the dragon.

Now that beast is seen standing “in front of the woman.”

He is no midwife eager to assist in giving a successful birth and so afford relief to the woman in her distress.

Instead, he is plotting murder. This has always been his purpose. So he approached Eve in the garden. Throughout history he has shown himself to be, in our Lord’s own words, “a liar and a murderer from the beginning.” With these weapons he has attacked the faithful throughout history. As “the prince of this world” he claims the nations with their leaders as his possession. Hence his eagerness to destroy that “man child.” And while frustrated again and again, his great strength is seen in lashing “his tail” to sweep “a third of the stars out of the sky to fling them to the earth.” These are the fallen angels (vs. 9) who by their disobedience joined forces with him. And as Revelation teaches unmistakably, they are ever active in history to seduce men and na~ tions. While the sovereign God brings health and salvation, this beast with his associates seeks only the death of mankind, which is separation from God, to experience the same wrath which they so rightly deserve.

The dragon seeks to devour the promised One who comes to reclaim this world for the glory of God. No wonder the murderous efforts. As his attempt under Herod failed miserably, so did every devilish effort throughout the earthly life of our Savior. And having accomplished the work to which as God’s Son He was appointed, He was “caught up to God and his throne,” above all possible further attack. In this way the entire story of the gospels is rehearsed in outline. We do well to fill in the picture.

Thereupon attention is again directed by John to “the woman.” She remains behind on this earth. She must flee “into the desert to a place prepared for her.” Only there while this beast still rages will she be safe. Here is clearly a reference to the Exodus story. Only there did the Israelites experience freedom from bondage to be led, instructed and sustained by the God of salvation before entering the promised land. Now the New Testament people of God will be cared for throughout the “1260 days,” identical with “three and a half years.” (11:3; 12:12) So long as she keeps to her “place” faithfully is she safe in the present age (John 17:5; 2 Cor. 6:17; 1 John 2:15). Later the apostle will elaborate on this.

In brief but sharply etched language our attention is called to the redemptive-historical events which like a golden thread are woven into the fabric of world history. This is the key to the awesome drama of God’s purposes for the salvation of His own and the glory of His name. It is His story above all else. Let us, then, sing with Psalm 111:

His saints delight to search and trace His mighty works and wondrous ways; Majestic glory, boundless grace, And righteousness His work displays.

All three of those divine attributes shine brilliantly in this passage.

1. Can you find a sevenfold conflict in chapters 12 through 16?

2. What made Israel truly glorious in Old Testament times? Prove when and how from the Bible itself.

3. Does mention of sun, moon and stars here have something to say about God’s people one day reigning over all creation? Is this part of reigning with Christ? (ef. Ps. 8)

4. What kinds of spiritual “pains” and “pangs” did Old Testament Israel suffer?

5. Why was our Lord’s birth such a decisive event in world history?

6. How and why does every lie hold within it the seeds of death?

7. How is Satan really like a “dragon”? Why don’t we often take him more seriously?

8. When, where and how did Satan during our Lord’s earthly life seek to destroy Him?

9. Why is the “male gender” of our Lord always used? Does this denigrate women and womanhood in any way?

10. Why is the ascension here called being “snatched up”? What are its benefits for us?