Key Verse: “Then [the elders] shall answer and say, ‘Our hands have not shed this blood, nor have our eyes seen it. Provide atonement, O LORD, for Your people Israel, whom You have redeemed, and do not lay innocent blood to the charge of Your people Israel.’ And atonement shall be provided on their behalf for the blood. So you shall put away the guilt of innocent blood from among you when you do what is right in the sight of the LORD.” Deuteronomy 21:7–9

Earlier in Deuteronomy the LORD had specified how manslaughter and murder were to be handled  (17:8; 19:4–13). Here Israel is taught how to adjudicate a killing (whether manslaughter or murder is not specified) by an unknown slayer.

The elders of the city nearest the place where the corpse was discovered must bring a heifer to the bottom of a ravine with a stream running through it; the priests were to be present, probably to represent the blessing and ministry of the central sanctuary. After the heifer’s neck had been broken, the elders must wash their hands over the heifer, and respond with the testimony of innocence (a clear conscience) and with a plea for atonement.

To our modern ears the procedure set forth in these verses sounds quite strange, especially as a ‘court procedure’ for adjudicating an unsolved killing. What would there be to adjudicate, since no perpetrator had been found? Why not keep the case open until the killing was solved and the criminal found?

But we learn something here about the nature of moral guilt, in distinction from legal guilt.

In our secular culture, where moral foundations have eroded beyond recognition, most people are quick to define guilt as legal rather than moral. In modern society, a person is guilty only if arrested, convicted and sentenced for a crime. The gap between what is legally permissible and what is morally acceptable widens with the passing of every legislative year. Every growing child and every church member is tempted to think that as long as something is legal, it is therefore morally acceptable. (Question 1)

But even in Israel the legal system had limits. An anonymous killing was a case in point. Even when legal responsibility could not be assigned, moral guilt still existed and had to be removed from the the LORD’s community!

We also learn something here about dealing with anonymous guilt, and the need to distinguish it from corporate responsibility.

Anonymous guilt does oat require communal punishment, but it does require communal ‘covering’ or atonement. That’s what the heifer was for, and that was the purpose of the elders’ solemn oath declaring that nobody in the community knew the slayer’s identity. Guilt exists simply by virtue of wrong action, even apart from our ability to identify the perpetrator. The simple fact that God knows the guilty party is enough to make us run for covering.

But anonymous guilt shouldn’t be confused with corporate responsibility. Corporate responsibility involves an obligation to have known that an action is wrong and to have acted accordingly, and culpability for not having known or acted. Think here of the railroad cars transporting victims of the Nazi holocaust, or consider modem abortion mills where silent screams are daily muffled within earshot of our convenient shopping malls. Punishment, not simply covering, is the God-ordained reward for corporate responsibility.

Covering anonymous guilt by communal atonement simply admits that legal systems have limits. One is the inability to redress every wrong. (Question 2) 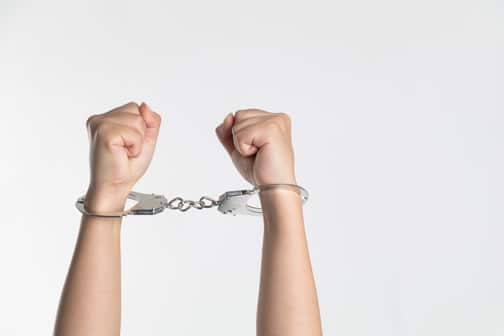 When the apostle Paul writes that ‘all Scripture’ is God-breathed and profitable for Christian living, that includes these verses! So our task is to search for ‘instruction in righteousness’ so that we may be equipped for good works.

The situation described here involves conquering an enemy outside of Canaan (Deut. 20:13–15). Among the spoils or war were the women whose fathers, husbands and sons had been put to death. Any Israelite man who wanted to marry one or these prisoners of war must first permit her to grieve for a month over her severe losses.

If, after consummating the marriage, the husband was displeased with his captive wife, he may free her to live at home or among Israel. But he was not to sell her, for she had become ‘used’ in marriage.

This divine legislation breathes a spirit of gentle kindness and basic respect for human beings, which helps restrain the passion of military conquest.

Calvin properly interprets for us this divine permission of divorce:

But God seems here to give a man leave to put away his wife. It is no giving of leave, as I said before. For the bond still stands in force, that he who puts away his wife is accursed, because he has broken the order which God has set, and sanctified. But yet as in respect of worldly government, such a man was not punished among the Jews. As for nowadays, that liberty is not permitted. It is for good reason that Christians should use a more perfect kind of government than the Jews had, considering that our Lord Jesus Christ has shown himself in the world, and uttered the will of God his Father unto us more fully. Therefore we must not take such liberty nowadays, as the Jews did in old time.

This is the first of two regulations in this chapter governing the parental relationship. In a polygamous marriage, the husband/father might wish to give the double portion of inheritance to the son born of the wife he loved more than the other(s). Remember that Old Testament Israel was organized tribally, and tribes were subdivided into clans. The firstborn would eventually become responsible for an ever-extending family. The LORD commanded that the firstborn, no matter if his mother was loved least, must receive the double portion, because later he would need to assume the responsibilities of the family head.

One lesson the LORD teaches us here is that devotion to duty may contradict our personal desires. This passage doesn’t call us to approve of polygamy; but it does summon us to realize that we face many situations in life where human desire threatens to override our promise or obligation. (Question 3)

The second rule about family relationships involves the threat to the community of an incorrigible son.

Notice carefully the details: this isn’t a seven-year-old who refuses to practice piano lessons, but an adult son whose lifestyle demonstrates persistent rebellion (‘he is a glutton and a drunkard,’ v. 20). In handing such a child over to the elders, the parents acknowledge the limits of their ability to govern him. The elders sentence him to death and the men of the town join in execution by stoning. The twofold effect is purging the community of moral guilt and teaching all Israel the fear of the LORD (v. 21).

The capital punishment prescribed here has been vigorously discussed in connection with the modern application of these verses. Must we execute rebellious children today? If we don’t, do we thereby compromise God’s Word?

Modern systems of justice employ penalties of increasing severity for what are called ‘repeat offenders.’ Without necessarily agreeing at every point with modern applications, we can see clearly how such law reflects the Bible’s condemnation of incorrigible youth.

In his exposition of the fifth commandment, John Calvin reminds us that this stiff penalty was designed to teach us reverence and obedience toward all human authority (Institutes, II.viii.36).

In these concluding verses the LORD instructs Israel regarding treatment of an executed criminal (likely by stoning) whose body was then hung for public display from a tree or on a pole. This was a common practice in the ancient world, especially in connection with military conquests.

But the LORD places a limit upon this practice: the criminal’s body must be taken down and buried on the same day as the execution. Such a lawbreaker was accursed by God (and therefore killed and hung), because by his faithless disobedience he had cursed God. But the sentence was finished by sunset. The land must be ‘clean’ by nightfall. (Question 4)

Israel didn’t always follow this ordinance, as we learn from the gruesome story in 2 Samuel 21 (the hanging of Saul’s sons). Nevertheless, this law of limited disgrace cast a long shadow of grace and mercy that reached all the way to Golgotha, where God’s Accursed One hung until sunset to redeem believers from the curse of the law (Gal. 3:13).

1. Give examples of actions that might be legally permissible but morally wrong. Should Christians try to make everything that is immoral also illegal? Why (not)? Did Jesus Christ and/or His apostles try to do this?

2. In the light of the lesson explanation, summarize why every judicial system is limited. Give some examples of this limit. Why do you suppose people would want the civil law to punish every wrong?

3. Read Psalm 15:4. Mention some examples of ‘swearing to your own hurt.’ Give one or two examples of tension in your life between duty and desire. Using these examples, identify some practices that help you put duty above desire.

4. Read Ephesians 4:26–27. How should we distinguish between proper and improper anger? In light of Ephesians 4:30–32, why must we ‘clean up’ our anger before sunset? What usually happens to us and our relationships if we don’t?