Have you ever had a Bible text reach out and smack you? If you have, you know what I mean: you are reading along, peaceful and quiet, when it hits you – WHACK! A passage you never really pondered, or that you thought you understood perfectly, suddenly presents itself in an entirely new light.

That happened to me a few months ago. (OK, it happens quite often, but this time was really memorable.) I was preaching a series on the parables recorded in Matthew’s Gospel. Matthew devoted whole sections to recording these unique stories, and with good cause. It was by means of these parables that Jesus taught the precious secrets of the Kingdom of Heaven in a way that those chosen to know might understand, while the rest would hear the words yet lose the message (see Matthew 13:10–17). Preaching through these parables was a great delight. The treasures of the Kingdom of Heaven are rich indeed! The series of sermons gave me the opportunity to explore those treasures one at a time – bringing them out to marvel at them, one by one. Some of the parables were quite a task to interpret; others offered relatively minor challenges. But the text that gave me the greatest surprise comprised the pair of parables recorded in Matthew 13:44–46.

I had done due diligence with the text. I started with the Greek, scrutinized the grammar, examined the time and environment. I wrote my theme and points, pondered the applications, outlined my sermon, revised it – the works. For all intents and purposes, the sermon was ready to go.

I turned to the text after supper on Saturday evening. Our family generally reads and discusses the Scripture reading for our devotional Saturday evening as a way of preparing our hearts to hear God’s Word and to rightly respond to it on the Lord’s Day. I opened to Matthew 13, started reading at verse 44, and then – WHACK! It hit me. Half of my sermon was wrong. I knew it before I finished reading the text. It sent me back to the study – where I remained until the wee hours of Sunday morning rethinking and re-writing (and drinking copious quantities of coffee!).

I had gotten the first half of the sermon mostly right. Even my theme was appropriate. In this text, Jesus uses the idea of priceless treasure to teach His disciples that The Treasure of the Kingdom Demands Complete Devotion. 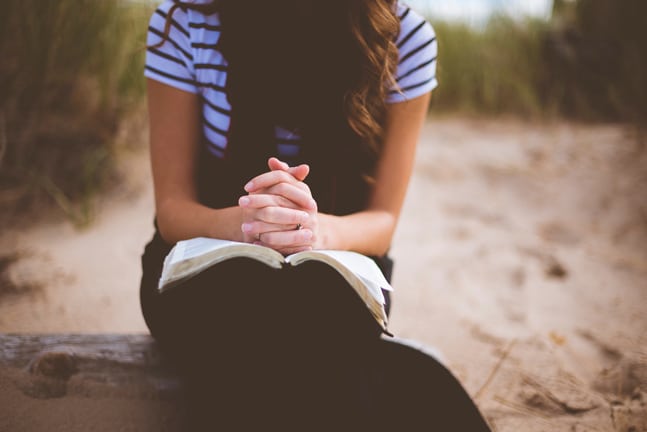 The first of these two parables, found in Matthew 13:44, shows that the treasure of the Kingdom demands complete devotion By Those Who Find It.

That is a pretty clear lesson from the text, isn’t it? Jesus does not even let us get bogged down with unnecessary details. “The kingdom of heaven is like treasure hidden in a field, which a man found and covered up.”

OK, what sort of treasure was it? How was it hidden? Who buried it, and when? Was it in the open, or did he have to really dig around to find it? Again – not important enough for Jesus to tell us.

Jesus did not want His disciples getting bogged down in those unimportant details, because the message was not in those details. The message was right up on the surface, for all to see.

This man finds treasure – unexpected riches. Whatever it was, it was precious – precious enough to lead the man to sell, literally, “as much as he had” in order to buy the field. You do not do that lightly! It is not something one does with the expectation of receiving back only what was sold, or just a 10 or 15 percent return. One does not divest himself of all he possesses unless the return is immense and certain.

And it must be, for the man’s joy is irrepressible. The sight of that treasure has enraptured the man – and he is willing to do whatever it takes to obtain that treasure for himself.

It is pretty easy to see the message that parable has for us, isn’t it? The Kingdom of Heaven is like that treasure – an amazing find that is hidden from most of the world. It is not something for which we naturally go looking. But when we do find it – I mean, truly find it, recognizing it for what it is – we can not help but be enraptured. It ought to fill us with such joy that we are willing to do anything to obtain that Kingdom as our own inheritance.

In Luke 14:26, Jesus tells the crowds, “If anyone comes to me and does not hate his own father and mother and wife and children and brothers and sisters, yes, and even his own life, he cannot be my disciple.” Our devotion to Him must be so great that our love for even those nearest and dearest to us must be as hatred compared to our love for Him.

And again, He says in Luke 14:33, “Any one of you who does not renounce all that he has cannot be my disciple.”

For those who have not seen the treasure, these demands are far too great. The price is too high! But for those who have stumbled upon the treasure, the Holy Spirit allowing them to recognize it for what it is … why, their joy is so great that they will renounce everything – as much as they have! – to obtain that great treasure for themselves. They must. They cannot do otherwise!!

And then we come to the second parable; the second half of the text. When I first looked to this second parable, the similarities were so …well, similar, that I presumed that the message must lie in the differences. After all, both parables feature a man who finds treasure which leads him to sell all in order to obtain the treasure. In these elements, they appear to be essentially identical.

So I sought out the significance of the differences: what was found (a treasure, versus a pearl) and who was the finder (a man unexpectedly stumbling upon a treasure, versus a man seeking out a pearl). This, it seemed to me, might represent the difference between those from outside the Covenant community and those from within the Covenant community. Those outside do not seek, while those inside have more knowledge of what is needful. But that is not what Jesus is trying to teach us here!

Look again at verses 45–46: “Again, the kingdom of heaven is like a merchant in search of fine pearls, who, on finding one pearl of great value, went and sold all that he had and bought it.”

Here we have a merchant – literally, “one who travels about” seeking sell-able goods. In this case, he is seeking out pearls, which in those days, before pearl farming and SCUBA gear, were among the most precious of all the gems. He was looking not just for pearls, but for fine pearls – truly high-quality merchandise. And he who seeks, finds.

But he does not find pearls; he finds a pearl. It is described as having “great value” – a gem of truly rare excellence. And like the finder of the treasure in the field, he sells “all – as much as he had” to purchase the pearl.

Now, this is not common business practice. A seasoned merchant would go to such lengths to purchase a single pearl only if it was a specimen of indescribable value.

But that pearl is not the Kingdom, nor are we the merchant! Are we to think ourselves seekers after the Kingdom – eager to seek what is good, or even able, on our own, to discern the good from the bad? Of course not! On our own, we wouldn’t know a pearl from a peanut.

And we are the pearl!

But surely not. Surely we could never be described as a pearl of great price. We are not pearls, but worms, pulled graciously and undeservingly from the slime of our sins. How could we be likened to pearls? Unthinkable.

Except that God has said otherwise. In fact, “God so loved the world that He gave His only Son, that whoever believes in Him should not perish, but have eternal life” (John 3:16). And so, Peter tells us, we “were ransomed from the futile ways inherited from [our] forefathers, not with perishable things such as silver or gold, but with the precious blood of Christ, like that of a lamb without blemish or spot” (1 Peter 1:18–19).

Do we grasp the weight of what God has told us? Jesus, who is in very nature God, humbled Himself to be born of a woman – yes, and even to be born in a stable! He who is by nature holy, lowered Himself to eating and drinking with sinners – tax collectors and prostitutes! He who lived perfectly suffered unspeakable indignity and then submitted Himself to the death that constituted a curse. And He did it to redeem us!

He did it to purchase His treasure – selling all, as much as He had, that He who brings the Kingdom might purchase the rich treasure of the Kingdom’s inhabitants: you and me, and all who call on God through faith in Christ.

The Treasure of the Kingdom demands the complete devotion of those who find it. Though it was unseen & unsought, their eyes miraculously and suddenly are opened, and their joy at finding such a rich treasure is so great that they are willing – they must be willing – to sell all in order to obtain it!

But the treasure of the Kingdom also demands the complete devotion of Him who brought it. For He regarded the inhabitants of the Kingdom as being of such worth that they were worthy of complete sacrifice – even death on the cross.

The treasure of the Kingdom demands complete devotion. Let us pray that He would create in us that joy-filled devotion to which He calls us – for such is the only right response of those who have received the gift of Christ’s devotion on our behalf.

Rev. Doug Barnes is the Pastor of the Hills United Reformed Church in Hills, Minnesota.