We have been seeking to show that the theology espoused amI expressed by Dr. James Daane contains elements which arc seriously divergent from classical Reformed theology. We must now show that those aspects of his theology which are questionable in the light of Reformed traditions and symbols are likewise questionable in the light of holy Scripture.

Daane is contending for unactualized possibilities in the counsel of God; that is, somehow God has room in His eternal decree for the Occurrence of anyone of a number of possible events, only one of which actually does come to pass in history. Whatever it is that does come to pass does so without the benefit of a divine immutable predetermination. Its actual occurrence is governed by factors which must be completely separated from the discriminative sovereignty of God. To support this contention Daane directs our attention to the crucifixion of Christ and to the free-will of Adam prior to the fall. We begin to deal in this article with his reference to the crucifixion. 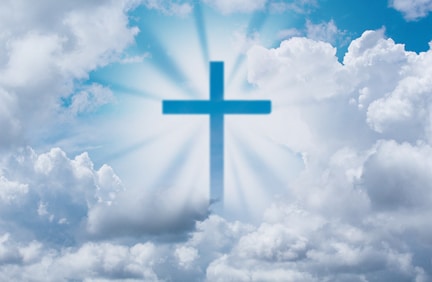 Specifically Daane contends, “Nor does the Bible speak as though all unactualized possibilities are unreal and non-existent possibilities. Jesus in Gethsemane did not act on the principle that there are no possibilities but those which are in fact actualized. Cf. also Paul’s statement in 1 Corinthians 2:7, 8, ‘We speak God’s wisdom in a mystery…which God foreordained before the worlds unto our glory: which none of the rulers of this world hath known, for had they known it they would not have crucified the Lord of Glory.” Daane is maintaining the proposition that there was a real possibility that Christ would not

In viewing the inescapable cross according to its eternal aspect we find that in the early chapters of the book of Acts there are two occasions upon which the eternal counsel of God is brought into close proximity to the cross. Peter in his Pentecostal sermon is confronting the Jews with their crime of crucifying Jesus Christ. In Acts 2:23 he says, referring to Jesus, “him being; delivered up by the determinate counsel and foreknowledge of God, ye by the hand of lawless men did crucify and slay.” Later on in the fourth chapter the disciples are praising God in prayer; they say “for of a truth in this city against thy Holy servant Jesus whom thou didst anoint, both Herod and Pilate with the gentiles and the peoples of Israel were gathered together to do whatsoever thy hand and thy counsel foreordained to come to pass.” It would be a problem to know how God could have expressed himself more clearly, if he meant to convey to the reader the fact that the atoning death had been rendered inescapably certain from all eternity. Peter says He was delivered up by the deter-minute counsel. We might have thought that “counsel” would have been sufficiently clear, but Peter and the Holy Spirit apparently want no possibility of mistake at this point. This is a counsel which is settled, which is determined, whose boundaries have been completely established. Whence we derive the notion of a fixed and an immutable counsel, an unchangeable decree. This same verbal root is later used in the disciples’ prayer. They speak of “whatsoever thy hand and thy counsel foreordained to come to pass.” Here the root has the prefix pro signifying that the settling or bounding or determining is done beforehand. The meaning which we thus derive from a synthesis of these two brief passages is that God has set beforehand the boundaries of possibility, the boundaries of what can and cannot happen, of what will or will not take place with respect to the atoning work of the Messiah. Within that framework there is settled the fact that he will be slain, that he will be slain by crucifixion, that his slayers are personified in Herod and Pontius Pilate and associated with them the gentiles and the peoples of Israel whom they represented, and therefore also the time and place as well as the attendant circumstances. All these are gathered together against the anointed holy servant of Jehovah to do whatsoever the hand and counsel of God had before determined should come to pass. These particular men and no others must slay the Son. How many times had the Jews sought to take him that they might put him to death. But always his hour had not yet come. His ordained murderers and the appointed means of murder were not yet at hand. The absolute bounds of possibility had been completely and irrevocably determined by God beforehand.

This predetermination has always in Reformed theology been considered to take its rise in eternity. God’s counsel is His eternal counsel. Thus Paul writes to Timothy, “(It is God ) who saved and called us with an holy calling, not according to our works, but according to his own purpose and grace, which was given us in Christ Jesus before times eternal” (2 Tim. 1:9). Here the redemptive purposes of God with respect to the work of Christ are viewed as having their origin in eternity. The Apostle Peter confirms this in his first epistle where we read: Christ (with respect to his atoning work) was fore known indeed before the foundation of the world (I Pet. 1:20).

These passages lead us quite naturally to give brief consideration to the Covenant of Redemption or the Counsel of Peace, as it is sometimes called. We need only to be reminded that according to the usual construction of this doctrine, the Father, the Son and the Holy Spirit engage themselves in promises of mutual assistance in the recovery of a lost people. And it is in pursuance of the terms of this engagement that the Son carries out the atoning work of the cross. To speak then of the possibility that the Son, clothed now in human nature, might never go to the cross, is to speak of an incomprehensible breach between the persons of the blessed Trinity. The price of an escapable cross is a disrupted Godhead. The consistent and pervasive testimony of Scripture is that the atonement wrought by Jesus Christ was immutably and irrevocably foreordained in all of its minutest details.

It would be well for us, however, to give due consideration to the scripture text which Daane alleges in support of his theory. The passage is found in I Corinthians 2:6–8. “We speak wisdom, however, among them that are full-grown: yet a wisdom not of this world, nor of the rulers of this world who are coming to nought: but we speak wisdom in a mystery, even the wisdom that hath been hidden, which God foreordained before the worlds unto our glory: which none of the rulers of this world hath known; for had they known it they would not have crucified the Lord of Glory.”

Paul has a great deal to say about wisdom in these opening chapters of the first Corinthian epistle. He confesses that he did not come to Corinth with the wisdom of men or with the wisdom of this world. He comes rather with the wisdom of God. This wisdom is a mystery that is hidden with God and imparted only by special revelation. It is a wisdom whose content is the truth concerning the glorious salvation of God’s people which God had from all eternity determined. As Charles Hodge says, “It is the revelation of the counsels of eternity in reference to the redemption of man.” (See Comm. in loco ). This wisdom of God which Paul brings is the revelation to man of that eternal counsel by which God foreordained all that came to pass, when the rulers of earth, Herod and Pilate and the Gentiles and the peoples of Israel gather themselves together against the holy anointed servant. This wisdom is the full revelation of that perfect plan in which there simply is no room for unactualized possibilities such as an escapable cross for Jesus Christ, and according to which the redemption of God’s people is infallibly secured.

But at first glance Paul seems to contradict himself. He says that if the rulers of this world had recognized the Lord of Glory, they would not have slain him. This would seem to indicate that there was a real possibility that somehow the Lamb of God would not be slain for the sins of men. Had Herod and Pilate recognized the Lord of Glory for what he was they would never have put him to death. All that Christ would have had to do to escape the cross would have been to have taken off that veil behind which was concealed the resplendent glory of his divine nature. There would never have been a cross. Or if the Father had given unto Herod and to Pilate the same revelation which he had given unto Peter, they too could have confessed that He was the Christ, the Son of the living God. No cross! But does that mean that Paul is presenting the escape of the cross as a real possibility? Must we not go back one step further and ask: Was there a real possibility that the rulers would or could recognize the Lord of Glory? Was not this ignorance also in the most ultimate sense as inescapable to them as the cross was for Christ? We do not mean to imply that they are therefore not responsible for what was done. Not in the least. What they did they did in the pursuance of the heart’s deepest desires. But the Scripture has taught us precisely this when it says the rulers were gathered together to do whatsoever the hand and counsel of God foreordained to come to pass.

Paul is saying that ignorance on the part of the world’s rulers is the condition for Christ’s crucifixion. Daane, therefore, concludes that since the crucifixion is conditional, there must be the real possibility that it may never take place, since the condition might never be fulfilled. The accomplishment of the crucifixion was uncertain because it was suspended upon a condition. And as Arminians have ever contended, such conditional events are never really certain; there are always alternative possibilities which also can take place. Thus Daane commits one of the fatal errors of Arminianism, when he fails to recognize that the ignorance of the world’s rulers-the condition-is just as much a part of the immutable counsel as was the crucifixion itself. Th us this text in no way supports Daane’s view, but when properly understood teaches us precisely the opposite, namely, a counsel of God in which there arc no unactualized possibilities. The cross of Calvary was rendered forever inescapable by the eternal counsel of God.

A subsequent article will attempt to show that a consideration of Messianic prophecy and of the Messianic self-consciousness will also show the completely unscriptural character of Daane’s proposed solution.