Does Christianity in Canada lead to better morals? The Canadian society will have a difficult time answering that question, for Canada has lost sight of what is moral. What Christians consider to be moral, our society is identifying as being unmoral.

It used to be that the Ten Commandments were respected by Canadian law. Now it is considered politically incorrect to believe in one true God and publicly state that all other gods are false gods. This breaks the society’s code of religious tolerance enshrined in the 1982 Human Rights code. It is culturally suspect to rebuke Christians and non-Christians for their use of idols since Canada is officially universalist and pluralistic. Some consider it to be brain washing to home-school, or send your child to a Christian school in which Christian doctrine and the name of Jesus is expected to be taught and upheld by the students. This is indoctrination. You are looked upon as selfish to refuse to work on Sunday in order to go to church and rest. 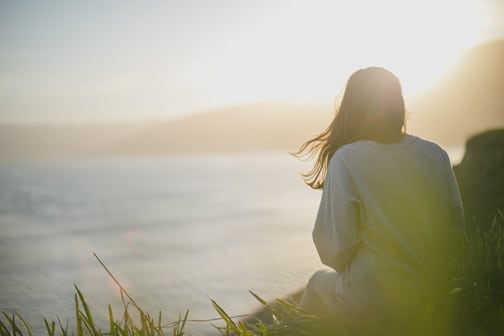 Currently, morality in Canada is based on democratic voice, political vote and court verification. We have a popular democracy morality. If people lobby, the government votes, and the courts approve the killing of the handicapped, sick and elderly, it is considered a moral act. Even Christian churches get into the democratic mold. If the assemblies vote that homosexuality is acceptable for membership and leadership in the church, then such a decision rules.

When relativism rules, the standards of morality can change overnight. For example:

1. The definition of what is a family, whether it comprises two persons of the opposite gender or two persons of the same gender, is being tossed around in the lower courts, where the precedent is being set, questioned by the Minister of Justice, and toyed with by our politicians. We are not sure when the change will be made. The only thing sure is that change will be made.

3. Standards for faithfulness in marriage continue to change. Hollywood and our advertisers have for years launched an all out attack on faithfulness in marriage. Soft and hard pornographic images and emotional soaps and novels are flashed across the screens. Not only are men and women, especially in their adolescent years, becoming addicted to and following the morality of pornography, but statistics show the church is not far behind.

4. Greed is our new ecumenical creed. This is what binds us together. He who controls the church’s or government’s treasury, is king. Holding to true doctrine or keeping campaign promises is not what counts. What counts is getting to the end of the pot of gold which awaits the democratic victor. Often through democratic means, certain groups gain control of church budgets or government tax monies. Once in control, their agenda and programs are quickly approved and financed.

5. What we say is not what we mean. A pollster said to the prime minister that he had good news and bad news. The bad news was that 75% of the citizens in the nation thought he was a liar. The good news was that 90% did not care.

6. Happiness is measured in terms of having or not having. Marxism, through its totalitarian socialist system, sought to force the balance between the “haves” with the “have nots.” What has been the result of this socialist experiment in the former Soviet Union and currently in Cuba? In the free world, we trip over each other trying to get more than we need. As a result, the concerns of the third world countries are sadly neglected.

How can we make sense out of what is happening? Interestingly enough, the examples which I have mentioned are all connected. They are the opposite of what the Decalogue, the Ten Commandments, teach us in numbers 5–10.

The Christian moral standards are summarized by confessional Reformed Christianity as the law of God and gospel of grace.

So how are we to relate to the law?

Jesus said: “Do not think that I came to destroy the Law or the Prophets. I did not come to destroy but to fullfill. For assuredly, I say to you, till heaven and earth pass away, one jot or one title will by no means pass from the law till all is fulfilled” (Mt. 5:17–18).

There are two extremes which we must avoid. These extremes are legalism and liberalism.

Legalism makes the external observance of the law its focus and does not stress the essence of the law. For example, the rich young man perceived that he had obeyed the 10 commandments. However, he did not perceive what he still lacked, and that is to obey the lawgiver, Jesus Christ.

Liberalism simply suspends the law. The liberal is honest enough to know that God has said it, but is rebellious in not accepting that God meant what He said.

Someone once said that, figuratively, Jesus was crucified between the thieves of legalism and liberalism. Both take away from what He has accomplished for believers on the cross.

In the Heidelberg Catechism we speak of the law convicting us of sin (first function of the law). Notice that the law comes to us with a double negative. God addresses us as sinners who need 10 “Thou shall nots.” This is not a Norman Vincent Peale or Schuller positive statement. God does not come to us, first of all, with ten bless-! ings. That comes after faithful obedience.

The third function of the law is that the law is the standard or rule for spiritual and thankful living. Jesus fulfilled the law and prophets (Deut. 5:17–20) and the indwelling of the Holy Spirit produces obedience and not lawlessness.

In our next article we will review the commandments 5–10 which specifically deal with morality, and see how in times of revival, they will be fulfilled.