In this issue the author begins a series of three articles dealing with the hermeneutical downward spiral. This month he examines the roots of this spiral in the Enlightenment of three hundred years ago. In the second article he will trace the downward spiral in the now liberal Presbyterian Church USA (PCUSA). In the third article he will compare the PCUSA with the current trends in the Reformed community. These articles were delivered as an address in the Escondido Christian Reformed Church, Escondido, California on the evening of December 1, 1993. The Editors

Our goal in this discussion is to honor the Lord Jesus Christ, the King and Head of the church: to honor His person, Very God of Very God; to honor His work. wherein He has purchased the church with His own blood; to honor His word, all of which is given by inspiration of His blessed Spirit; to honor His relationships, whereby He is the Husband of His body, the church, His Bride. Jesus must increase; we must decrease. He must have the preeminence; we must count all things loss for the excellency of the knowledge of Christ Jesus our Lord.

The issue of women’s ordination is part of a larger issue of the interpretation of the Bible. The way in which we interpret the Bible is sometimes called our hermeneutics (from the Greek word hermeneuo which means “to explain” or “to interpret”). Hermeneutics then is the process of interpreting the Bible. For three centuries, orthodox and conservative Christians who affirm the infallibility and inerrancy of the Word of God have clashed with another method of hermeneutics endorsed by liberal Christians. This liberal hermeneutic—or liberal method of interpreting the Bible—has produced the so-called hermeneutical spiral or hermeneutical downgrade. Like a helicopter losing power mid-air and spiraling down to earth, or like a road which descends from higher to lower ground, the Bible has been interpreted by liberal Christians in a downward spiral or downgrade direction. 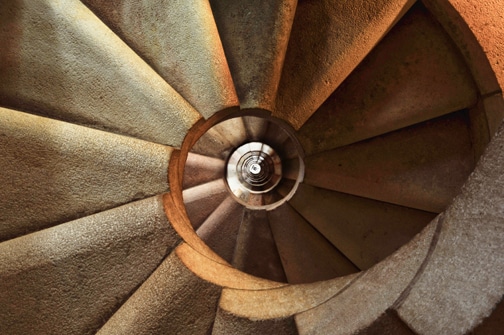 Currently, we are still in the midst of this spiraling downgrade of the Bible by which liberals redefine not only the role of women in the church, but the rights of women to abortion, and the rights of gay and lesbian persons to same-sex intercourse and marriages. A host of other social, political, ethical and doctrinal issues of our day have been affected by the liberal hermeneutical downgrade.

In this discourse, I want to examine the history of this downgrade by examining the view of the Bible over the last three hundred years. I then want to conduct a briefcase study of a denomination which has been consumed by the liberal downgrade, namely the mainline Presbyterian church. Finally, I want to review the Biblical teaching on women’s ordination, homosexuality and abortion using the conservative and orthodox doctrine of the Bible. In this way, I hope to show how we have gotten where we are; what has already happened in one very liberal denomination which has officially embraced the liberal view of the Bible; why Scripture as interpreted in consistency with itself does not permit us to spin or slide in the direction of liberalism, but holds us to the standard of the inerrant Word of God.

Three hundred years ago, the movement which reduced the Bible to man’s level was called rationalism. Men and women would be set free from the slavery of the Bible by the use of reason alone. Most doctrines of Christianity, the Enlightenment argued, were unreasonable: virgins don’t have babies, dead bodies don’t rise, people don’t walk on water. In other words, if reason alone is to set men and women free, they must be free from belief in the miracles of the Bible. And if the miracles of the Bible must be rejected (or reduced to the mere rational), then the doctrines of original sin, divine predestination, substitutionary atonement, justification by faith alone in Christ alone must also be rejected as subtle forms of tyranny. Men and women in the 18th century were hungry to be free—free of the church, free of the dominant political structures of the time, free even of the authority of the Bible as historically understood. In a word, the Enlightenment was anti-authority, especially the authority of religion whether embodied in the church, in the creeds or in the Bible.

Now every modern, 20th century, current liberal view of the Bible can be traced back: to this revolution in human freedom. We are told by both 18th and 20th century liberals that we can no longer accept Christianity as a set of doctrines, as a supernatural religion, as a religion of creeds and confessions, as a body of infallible and inerrant Biblical truth.

Two hundred years ago, the liberal movement which reduced the Bible to man’s level was called romantic idealism. In the 19th century, men and women would be set free from the slavery of the Bible not by reason alone (which in the 19th century was itself found to be a form of tyranny), but by a return to nature, a retreat beyond reason to feelings—transcendent feelings—romantic feelings above and beyond reason. Men and women would be emancipated by the religion of their inner feelings. Never mind! Get in touch with your religious ideals, your inner feelings of God, your sense of inner identity with the sea, the mountains, the trees and flowers—your sense of participation in nature and nature’s God. The Bible was not a set of doctrines reduced to reason—religious creeds intellectually understood; the Bible in 19th century liberalism was a book to increase your feeling of oneness with the Divine Spirit, the Absolute Spirit—that mysterious divine power that moves the universe. For 19th century liberals, the Bible was a textbook of great human ideals: the ideal of political freedom; the ideal of noble sacrifice in a great cause; the ideal of civil virtue and benevolence towards your neighbor. Two hundred years ago, the Bible was reduced to two great ideals of 19th century freedom and dignity: the fatherhood of God and the brotherhood of man.

One hundred years ago, at the turn of this century, the liberal movement which had reduced the Bible to mere rationalistic truths (18th century) and to romantic idealistic feelings (19th century) progressed to a new liberalism—the so-called new modernism. You must understand that liberalism is progressive, ever developing, evolving, changing, moving. All liberals abhor fixed absolutes—metaphysical or supernatural truths. All truth for liberals is subject to change. No system which claims final truth is acceptable. If Christianity claims to have final truth about God, Christ, sin, salvation, relationships between men and women, sexual behavior, rights of the unborn, then Christianity is hopelessly old-fashioned, out of step with the times, a modern anomaly. Hence Christianity must be adjusted or reinterpreted in the light of the times-reason in the 18th century, romantic idealism in the 19th century, existentialism in the 20th century. Now that fancy word “existentialism” means encounters with your existence; the relation of human existence to the impersonal forces of the modern world. How do you cope with firestorms in Laguna Beach and Malibu Canyon; how do you cope with the Vietnam War; with totalitarian governments; with weapons of mass destruction? You cope by affirming your own existence. More basic than reason; more basic than feelings, 20th century man has affirmed his existence—his life is the fundamental value. So do whatever affirms your life! A body of doctrines is not self-affirming; creeds and confessions are repressive. In fact, Christianity is a myth and must be stripped of its supernaturalism in order to be meaningful to modern men and women.

Modern men and women, we are told, cannot believe in the Jesus of the Bible—one presented as the Son of God. Messiah, Savior of the world. All this is rhetoric—the way ancient people confronted their own need for freedom. It is absurd to modern man. It must therefore be surpassed in the life-affirming decision of modern men and women to choose their own way of obedience. So 20th century liberals, as all liberals before them, reject the concept that the words of the Bible are the very words of God. 20th century liberals reject the concept that there is an equals sign between the words on the page of your Bible and the Word of God. After all, since the 18th century Enlightenment, modern men and women have known that the Bible is full of errors—hopelessly contradictory. By modem methods, we must sift out the truth of the Bible by eliminating or going beyond its errors—by reason, by feelings, by existential encounter. Since the words of the Bible are not the very words of God, it is up to the seminary professors, scholars, theologians, the church and individuals to find their own truth in the words of the Bible. That truth will change with the times. What was true for the Reformation may not be true today. We enlightened ones are on a progressive escalator, ever ascending to higher and more perfect forms of truth as the years go by.

We are on the brink of the 21st century and yet we are face to face with questions from man’s 1st century: “Has God said?” We cannot isolate ourselves from history. The legacy of the Enlightenment still dominates our culture. More and more, the legacy of the Enlightenment dominates our churches—even evangelical and Reformed churches. We are part of a cultural continuum. Do we adjust via rationalism, idealism, existentialism or some other ism; or do we affirm that Scripture is the inerrant Word of God, the only absolute and infallible rule of faith and practice? Do we affirm that our Reformed creeds and confessions contain the doctrines and morals of the Word of God and are therefore reliable summaries of the truth of Scripture? In short, do we bend the knee to the Lord Jesus Christ as King and Head of His church, who speaks His mind and will for His Bride through the Word He has Spirit-breathed; or do we bend the knee to the prevailing philosophy and culture?

The spirit of the Enlightenment is still with us, influencing, shaping, motivating the minds of seminary professors, seminary students, pastors and lay persons. This Enlightenment spirit reduces the Bible to “myth,” non-historical “event,” non-supernatural “drama,” primitive “religious language,” “culturally conditioned” idiosyncracy, untruth. For three hundred years, the lovers of orthodox Christianity have rallied against this Enlightenment legacy. They have stood on the Biblical side of the great antithesis. Homosexuality, abortion, women’s role: all are antithetically related. “Has God said?”

Rev. Dennison received the MDiv. and Th.M. degrees from Pittsburgh Theological Seminary. He was pastor of the Pioneer and Pleasant Grove United Presbyterian Churches (UPCUSA), Ligonier, PA from 1970–1979. Currently he is a minister in the PCA. He is the Editor and Publisher of Kerux: A Journal of Biblical-Theological Preaching and is finishing editorial work on George M. Giger’s translation of Francis Turretin’s Institutes of Elenctic Theology (3 vols., Presbyterian and Reformed Publishing Co.). Currently, he serves as Librarian and Lecturer in Church History at Westminster Theological Seminary in California.