“When the fulness of the time came, God sent forth his Son.”  Galatians 4:4

This text is full of Christmas. And the Christian’s celebration of Christmas should be filled with this text The tremendous fact of Christmas is that God sent forth his Son. That is what Christmas means. It began with God, as all of our salvation began with him. And what he begins he completes. What he purposes to do he does.

The event we celebrate at Christmastide was not an achievement of humankind on which we may pride ourselves. It was not a mere happening in the long story of our race. It was no accident of history. God did it. He did it deliberately. 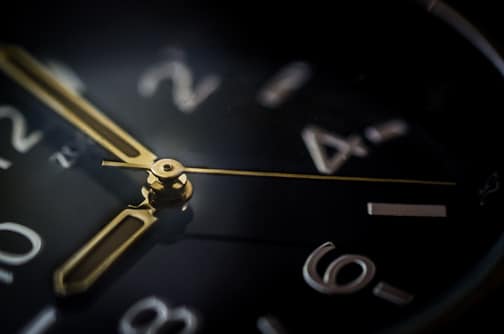 God is God! He is never obligated to a circumstance or a situation that comes to be what it is apart from him. That which we describe as amazingly opportune is so because he makes it so. He is not a sideline spectator of history. He is in history. It is his sovereign product. He created time and he is the author of all its fullnesses.

“When the fullness of time came. Let us not lightly pass over this expression. It is freighted with meaning. Paul uses it with a slight variation in Ephesians 1:10: “a dispensation of the fulness of the times.” Our Lord speaks of his “hour” as marking a particular point in his mission on earth, determined in the counsels of God. His mother, at Cana of Galilee, docs not know that the “hour” of his self-manifestation has not yet come (cf. John 2:4). The Jews are told of “the hour” that “cometh, and now is” (John 5:25). Again, “when the hour was come, he sat down, and the apostles with him” (Luke 22:14). “The hour is at hand,” he says. as the traitor draws near, “and the Son of man is betrayed into the hands of sinners” (Matt. 26:45).

In a meditation on Acts 2:1–4, Herman Hoeksema writes, “Exactitude with respect to time and place characterizes the divine program, both with regard to ‘nature’ and grace. Creation is a well-ordered whole, in which all things occupy their own place and serve their own purpose in their particularly appointed time. There is in all the universe nothing arbitrary. Each morning the sun appears at the appointed second and at its fixed spot above the horizon. Each day it pursues its prescribed course through the heavens. Each evening it finishes its circuit when and where the Most High ordained it to set from the beginning…The chirping of the sparrow, the stroke of lightning, the withering of the lily of the field, the falling of a hair, the gathering of the clouds and the dropping of the rain, the rising of each emotion in man’s heart, the formation of each thought in his mind-all happen at their appointed time.”

Such is time. God’s time. Verily, all time is his time. There is a year, a month, a day, an hour, a minute, a second, a twinkling of an eye for all things under the sun. God made it so.

And in that course of time, fixed by God himself, there are “fullnesses,” the filling full of an epoch, when the God of our salvation reveals that he is mindful of his covenant. All other times serve these fullnesses of time. All calendars serve God’s calendar. There is deep philosophy in the confession of the Psalmist: “Thou art my God. My times are in thy hand” (Psa. 31:14, 15).

The terrible folly of the modern liberal thinker is that he dares to lay his hand upon that divine hand and make God a servant of man. We are often told in our day that “religion” is necessary because it answers certain needs of man. What self-centeredness this is! When man is made the first consideration, God no longer is God. Contrast this with the pattern prayer: “Hallowed be thy name, thy kingdom come, thy will be done.” “That,” says Abraham Kuyper, “is the threefold utterance of all true religion.”

“When the fulness of the time came, God sent forth his Son.” That means that his advent was clothed in historical event. While no force of natural antecedents can account for him or his work, God ordained that history should lead up to him and prepare his way. “It was in history,” says Tertullian, “that Christ schooled himself for incarnation.” We observe this preparation, for example in the fact that when our Lord appeared, the Greek language, in which the New Testament was written, was the common tongue of the Mediterranean world. We see it again in the simultaneous growth of superstition and unbelief up to the time of the Incarnation. Never were there so many magicians, incantations, and debaSing religious ceremonies, as in the age of the early Caesars. Deep was the darkness into which the light of Bethlehem broke. The altars and sacrifices of heathenism roused cravings which they were powerless to satisfy. Each new religious device became a source of deeper corruption. The very failure of heathenism was a preparation for the coming of the Savior.

There was no hope, no progress. “The Sphynx’s moveless calm symbolizes the monotony of Egyptian civilization.” The helplessness of that ancient world is pathetically reflected in a brief letter found among the Oxyrhynchus Papyri, now lodged in the Yale University Library. It is a letter of consolation sent by a woman to some friends, a father and a mother, who had apparently just lost a son. After giving expression to her grief the writer adds: “Still there is nothing one can do in (he face of such trouble. Do you therefore console yourselves.”

Here and there among the wretched pagans was a loathing of the present and a longing for something better. Yet the prevailing moral corruption was so great that even heathen moralists, satirists, and historians wrote only with the blackest ink.

Among the Jewish people there also were preparatory developments. The scepter had departed from Judah. Prophecy had completed its picture. There was “the consolation of Israel” for which the devout were waiting (cf. Luke 2:25). The Jews of the Dispersion had become a seed sown among the peoples of the world, and with them went their Scriptures. And with these Scriptures, translated into Greek, went three great truths in which God’s chosen people, separated from all others from the time of Abraham, had been educated: The majesty of the One Holy God; the sinfulness of man; the certainty of a coming Deliverer. While the Classical Nations became more despairing as they became more cultivated, the Jews were the only forward looking people. This was not because they had a “genius for religion.” Special revelation from God made them what they were.

Christmas, A Day of Assurance

Great is our God! Great in wisdom and power! For in all these preparations we see many movements, developments, and events converging on the “little town of Bethlehem” in a manner altogether unexplainable, unless we take them as proofs and evidences of that divine wisdom and power preparing the way for the Divine Son.

Thus, when all things were made ready, God sent forth his Son. It is always so with God’s calendar. We live our lives in a planned world. Indeed, this is the finest assurance by which one can live. The fulness of time always comes, for God is God. The ships of destiny arrive at their ports of call at the moment fixed for their arrival. There is an unerring precision in every event, even the events that are evil. “All things come home at last at eventide.”

Blessed is he whose eventide of life is bright with the hope of God’s perfectly planned Christmastide.