This is the second article in a series being prepared by the Reformed piety commission. The Reformed Fellowship has adopted this procedure in dealing with critical issues. Other commissions now preparing material for Torch and Trumpet are working on the problem of ecumenicity and on the character of a Christian college, respectively.

The godly man takes God’s Word seriously. He evaluates his life by an objective standard. It is chiefly this which distinguishes the godliness of the Reformed man. There is genuine concern to subject the whole man to the whole Word. In this the Christlike man follows Christ. In Revelation 22:18 and 19 the Exalted Lord says, “I testify unto every man that heareth the words of the prophecy of this book, If any man shall add unto them, God shall add unto him the plagues which are written in this book: and if any man shall take away from the words of the book of this prophecy, God shall take away his part from the tree of life, and out of the holy city, which arc written in this book.” The Sovereign God expects humble submission to his Word. 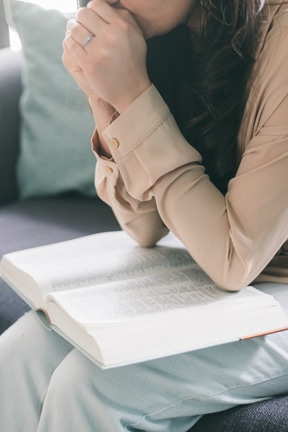 A Prophet Once Forgot

In I Kings 13 we read of the anonymous prophet who forgot this high seriousness of God’s Word. After delivering the divine message to Jeroboam at Bethel, the prophet turned down an invitation to the royal palace. In spontaneous obedience we hear the prophet say, “If thou wilt give me half thy house, I will not go in with thee…for so was it charged me by the word of Jehovah, saying, Thou shalt eat no bread, nor drink water, neither return by the way that thou earnest” (vs. 8, 9). This man took God’s Word seriously. But when the prophet of Bethel invited him for refreshments the anonymous prophet wavered. He accepted the invitation. To be sure, there were extenuating circumstances. The Bethel prophet claimed divine authority for his words. The anonymous prophet was sincere. He merely forgot God’s Word for the moment. Yet, despite all this, God wanted obedience. As punishment, a lion met him in the way and slew him.

God wants obedience to his Word. Godliness, piety, is measured by the objective Word.

The Spirit, Not the Letter

“But this is Old Testament legalism,” some will say. “The letter killeth, the Spirit maketh alive. In theSermon on the Mount Jesus clearly showed that we are through with the law. The Holy Spirit gives us all the light we need for godliness.” The well-intentioned Christian who thinks and talks this way also directs sharp criticism to those worshipers who still read the Ten Commandments as a rule for grateful, godly living.

Naturally, we must guard against a false legalism. With this problem we shall deal in our next article. Yet let us not forget that the Spirit never works independently of the law. Rather, he works through the law unto a genuine love for and concern with the law. The spirit of Psalm 119:15 and 16 pervades the life of believers of all ages: “I will meditate on thy precepts, and. have respect unto thy ways. I will delight myself in thy statutes’ I will not forget thy Word.”

What do you think of the following advice given by a sincere person to a harried businessman? “In order to discover what God wants and how you can please him, just sit down and concentrate. Before you go to work, draw apart, and to your aloneness be completely quiet. God will speak to you in your inner man. At about ten-thirty in the morning, after your morning correspondence is taken care of, clear your desk, dismiss your secretary, and for three minutes concentrate on what God is saying to you through your conscience. In this way your life will gain new direction.”

Such advice, though well meant, denies the objectivity of the Christian’s standard for faith and life. God speaks through his Word, the whole Word. To expect the Holy Spirit to guide us apart from the Word is to reduce the workings of the Spirit to the arbitrariness of the wind. Such “quiet times” end in hopeless confusion. To avoid contradictory “inner voices” we need an objective standard.

Sincerity is Not Sufficient

All of us admire sincerity. So we ought. Yet sincerity is, not enough. It must be a sincerity bound to the objective Word. Do you recall the pious lady mentioned in our previous article? Everyone said of her, “She is so sincere.” She would never say (such impiety!), “It’s raining.” She always said, “God is sending us rain.” Later on this woman committed suicide. She could not face the grim, often brutal facts of life. Bitter disappointments, testings, pains drove her to end it all.

Why? Apparently this “good soul” never seriously related her life to the whole Word. God tells us in his Word that the godly shall suffer for their godliness. He points us to these “present sufferings” which frequently mark the godly life in greater degree than the ungodly. Her sincerity never gave her that inner strength which comes to the godly who cling to the whole Word of God. Let us not forget that sincerity can accompany error as well as truth. It is said that even Ananias was sincere. Genuine concern of the whole person with the whole Word marks the godly. life. Of these the Scripture says, “Their leaf shall not wither, and what. soever they do shall prosper.”

What About the “Good Joe”?

The “Good Joe” is an American ideal. He’s the inoffensive person. He is the man who will stop his car, despite his hurry, lest he run over a squirrel scampering across the street. He would give “the shirt off his back.” He’s the easy touch! Live and let live, that is his motto.

In thinking of such men, we must not forget the objective Word. Paul says, “Whatsoever is not of faith is sin.” That is a fact. As godly people let us remember what the Heidelberg Catechism says about good works. “But what arc good works? Only those which are done from true faith, according to the law of God, and to His glory; and not such as are based on our own opinions or the precepts of men” (Lord’s Day 33, Q. 91) . Thus the godly must live. There are still many “Good Joes” who desperately need to know the meaning of the objectivity of the moral life.

The Means and the End

If we are governed by the holy, immutable law of God, our methods as well as our goals will be determined by this standard. This is what Calvin van Holland oE our previous article must bear in mind. He sincerely wanted to conquer all for Christ. He wanted much money to do much for the Kingdom. At times the temptation was more than imaginary that he compromised his commitment to Christ in order to achieve better business connections and opportunities. He did this because he wanted to occupy a position in which he could do much for Christ. But, let us not forget, both means and methods as well as goals and ends are measured by the objective standard, the whole Word.

We make the same observation with respect to much temperance literature. The motive is laudable. Every godly person wants to curb the evil of liquor traffic and consumption. Perhaps abstinence may prove the best course. But Scripture must determine. For one Christian to force his conscientious conviction upon another is to neglect humble submission to the standard, the whole Word. At this point the means does not measure up to the standard as does the end.

The godly life ought to be distinguished by profound respect for the will of God as revealed in Scripture. An overwhelming sense of awe in God’s presence marks the godly man. “The fear of the Lord” is the beginning of godliness. Serious concern with his law is the tone of piety. This basic character of all true piety places in their proper secondary role all subjective marks of piety, such as sincerity, good will, and noble intention.

This is love of God and his law. Love in obedience to the law keeps love from degenerating into sickly sentimentality. The man of love is the man of spontaneous obedience. The Savior says in John 14:21, “He that hath my commandments, and keepeth them, he it is that loveth me.” Thus love fulfills the law. The godly person acknowledges every claim of the Sovereign God.