The issue of “gender neutrality” in Scripture translation became a matter of grave concern earlier this year. The International Bible Society (IBS) had commissioned its Committee on Bible Translation (CBT) to make the Bible more gender-sensitive. Susan Olasky of WORLD magazine publicly criticized the IBS, CBT and Zondervan Publishing for their plans. In response, Zondervan Publishing House and the International Bible Society filed a complaint against WORLD with the EPA (Evangelical Press Association). Meanwhile, Dr. James Dobson, President ofFocus on the Family, convened a meeting on May 27, 1997 to seek to develop a Biblical consensus on the whole issue of Scripture translation and its most recent “gender neutral” assault.

The following compilation of articles reflects the thinking and conclusions of some key leaders in the debate. 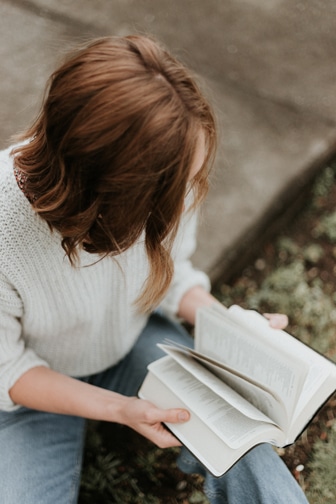 Anyone who knows me will suspect that the title of this piece is to clever to be my invention. You are right. Susan Olasky is its author, and it appeared over her blockbuster article in WORLD (3/291 ‘97). (Incidentally, WORLD is a Christian news weekly. All followers of John Calvin and Abraham Kuyper ought to hail it with great delight. Jesus Christ is King, even over the kings of today’s secular media.)

The opening lines summarize its message:

The New International Version of the Bible—the best-selling English version in the world—is quietly going “gender neutral.” Say goodbye to the generic he, man, brothers, or mankind. Make way for people, person, brother and sister, and humankind. By the year 2000 or 2001, if the 15-member Committee for Biblical Translation (CBT)—the NIV’s controlling body has its way, the 35 percent of American Bible buyers who prefer the NIV will not be able to buy a new copy of the version they trust.

This, said the writer, is another reflection of the “progress” made by feminists over the past twenty-five years. Larry Walker, member of CBT, was quoted as saying, “Way back yonder when it first came up, no one was for (unisex language). Now at the present time, almost everyone is for it.” Pressure for the change came from women who felt excluded by the traditional language, from Zondervan, the American publisher, and Hodder and Stoughton, the NIV’s British publisher. In order to compete with the gender-neutral New Revised Standard Version, an NIV Inclusive Language Edition had been rushed to the market.

Olasky saw this as another indication of a trend toward egalitarianism which denies any distinctions between men and women in the church or at home. She offered as an illustration of this move, the position now taken by what is perhaps the most influential of all evangelical churches, Willow Creek Community Church in South Barrington, IL. I’ve been preaching around for thirteen years and one can see traces of Willow Creek in lots of places. Bill Hybels, raised in a Kalamazoo Christian Reformed Church, Kalamazoo, MI, is the inspirational founder and leader of this mega church, but Dr. Gilbert Bilzekian, retired professor from Wheaton College, is its theological authority. His book, Beyond Sex Roles, is uncompromisingly in favor of ordaining women to all offices in the church. Listen to this quote:

“There cannot be authentic community as described in the New Testament without the full inclusion of the constituency of members into the ministry, life and leadership of the group.”

Hybels, close friend of President Bill Clinton whom he visits regularly in the White House, is not the kind of personality to be devious or mealy-mouthed about such an issue as this. Nor, I suppose, would the yuppie types so much in evidence in his congregation (who despise the outmoded, dull, traditional church as much as he does) appreciate anything less than a radical endorsement ofthe feminist, egalitarian impulse.

Olasky documents this total commitment to the de-masculinization ofchurch authority by showing that as a staff member at Willow Creek you must agree with such convictions. An official Willow Creek position paper asserts that “when the Bible is interpreted comprehensively, it teaches the full equality of men and women in status, giftedness and opportunity for ministry,” despite “a few Scriptural texts (that) appear to restrict the full ministry freedom of women.”

But Willow Creek goes further. When a certain individual applied for membership, he soon discovered that his anti-women’s ordination conviction in effect denied him that privilege. His suggestion that the Willow Creek bookstore carry a book which presented a view opposite to Bilzekian’s view, was given a chilly turndown. Finally, by letter, Bilzekian expressed appreciation for the applicant’s concern for Biblical consistency, but he concluded that since the applicant’s views were incompatible with the Willow Creek position, he ought to look elsewhere for church membership.

Olasky goes on to reveal that Willow Creek also carries this out with respect to Bible translations, encouraging the use of those that “accurately portray God’s will that His church be an inclusive community.”

There is more in the article, but this ought to be enough to enable Bible-believing Christians (the kind who think that the Bible doesn’t say one thing comprehensively while it says another thing textually) to see what is happening. We offer a few concluding observations:

1. People in the traditionally more conservative Reformed denominations oUght not to think that Willow Creek is just another bump on the ecclesiastical horizon. Hybels is the darling of the church growth (at any cost) enthusiasts. Willow Creek is the model. A Willow Creek publication stated that more than 100 CRC congregations were following its example.

2. Example goes farther than a few liturgical changes (such as combo-type music, liturgical dance, dramatic representation and reenactment of gospel events, and others). It involves Willow Creek’s casual use of the holy sacraments (wide open communion). It calls for a church which couldn’t ( and perhaps wouldn’t) keep disciplinary control of its membership. In other words, a Willow Creek type CRC is a contradiction in terms.

3. Gilbert Bilzekian’s attitude toward those who differ from him on the matter of women’s ordination is not easygoing. Susan Olasky summarizes it this way:

… Gilbert Bilzekian is confident that the egalitarians will win. “It is a quiet (?!) reform movement that is unstoppable,” he says. “In two or three generations from now it won’t even be an issue.” He predicts there may be groups that hold to the traditional view in 100 years, but they will be relegated to the margins.

Being marginalized is not pleasant. It means being ignored, put down, pushed away into ecclesiastical no-man’s land. I think Bilzekian’s prediction is right. People with his views on this issue are not always pleasantly tolerant.