Last month we began looking at some common statements in our day that indicate a sense of confessional indifference. This month we continue with another one of those statements: 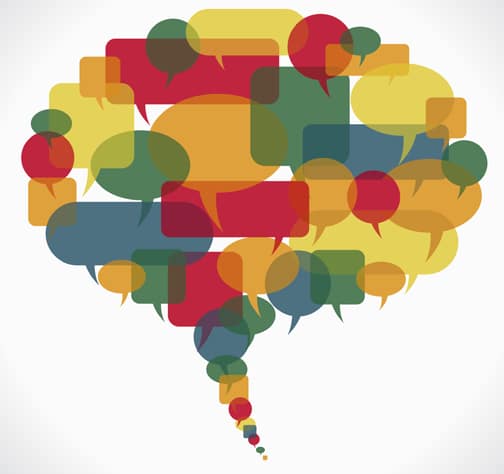 2. “IT IS ALL A MATTER OF INTERPRETATION”

This statement comes in other forms: “That’s just your opinion,” or “It all depends on how you look at it.” Bible studies can run this way. Since no one can really be sure what a passage is saying, we take the eclectic approach; we toss everyone’s opinion together and the sum total becomes the lesson that we have learned for the day.

It can be understandable why we want to pursue this kind of approach. If we say that no one is wrong…it would appear that we have hurt no one; it would appear that we are respecting people for their opinion. Certainly this would seem to be one of the goals of the “The Understanding Opinions Metaphor” used both at Synod 1993 and the 22 denominational Listening Conferences put on by the Office of the Executive Director of Ministries of the Christian Reformed Church. All participants look at the object and all come away with a different viewpoint of the object. In this diversity we are called to find a sense of intellectual wealth and appreciation that we should value and from which we should be willing to learn as we pursue excellence and truth.1

Such an exercise gives the appearance of wisdom. After all, do we not make the proverbial point that two heads are better than one? Does not Scripture state that “iron sharpens iron”? Is it, after all, not foolish to ignore the counsel of others who may have a perspective and insight on an issue that perhaps individuality has not seen beforehand? Is this not what we mean in part when speaking of the communion of the saints?

It is one thing to benefit from one’s insight into the truth; it is another thing to benefit by believing that everyone’s interpretation of the truth is as true as the next person’s. It is this latter mentality that won the day in the latest Christian Reformed Church synodical decisions on ecclesiastical office. When delivering the latest decision, Synod 1995 recognized “two different perspectives and convictions, both of which honor the Scriptures as the infallible Word of God” (Acts of Synod 1995, p. 731.). Since both interpretations were considered legitimate, synod declared that respect for such legitimacy be granted by the opening of all offices to women, albeit in a restricted form for the appeasement of dissenters (Acts of Synod 1995, pp. 733, 735, 736).

Being sensitive to matters of adiaphora (indifference) is always commendable, and it would appear that the grounds given in this decision are an attempt to apply this principle. However, adiaphora are matters that in and of themselves are not right or wrong; Synod 1995 declared the matter of ecclesiastical office a matter of right and wrong. When it came to ecclesiastical office, Synod 1995 in essence said one of two things: either a) “God’s Word says, ‘Yes’ and ‘No,’” or b) “We are not trying to declare objectively what God says in His Word; we are attempting to declare what we subjectively think God’s Word says; in other words, we are not trying to declare the truth, but our interpretation of the truth.”

Both positions are dangerous, of course.

If Synod was trying to say a), then we are positing something blasphemous in what would seem on the surface to be a harmless statement about something “that is not a matter of salvation.” (See my first article.) We are saying that God can deny Himself, that He can speak out of both sides of His mouth, and that, consequently. one cannot trust what He says—that the foundation of His Word is not so firmly laid as one had hoped and confessed (We receive all these books.,for the,.foundation…of our faith [Belgic Confession, Article 5]). Let us realize that, confessionally speaking, it is not God who speaks out of both sides of His mouth; it is mankind: Neither may we consider any writings of men, however holy these men may have been, of equal value with those divine Scriptures…as of equal value with the truth of God, since the truth is above all: for all men are of themselves liars, and more vain than vanity itself.

Therefore we reject with all our hearts whatsoever does not agree with this infallible rule, as the apostles have taught us saying, Prove the spirits, whether they are of God (Belgic Confession, Article 7).

It was Synod 1995—and not God—who spoke out of both sides of its mouth.

If Synod was trying to say b), then we are trying to regulate our ecclesiastical life in a dream world, the same dream world that plagues the world which we are called to confront with the truth of the gospel? Our world loves to state proudly that there are no moral absolutes in order to justify whatever they do: “There is no truth per se, only what is truth for me.”

Such statements, of course, are plagued with self-contradiction and hopeless fantasy, To say that there are no moral absolutes is to state a moral absolute, and to seek to have m a state where there IS no objective truth, It is to live in a world that is false, that does not exist, that is hopelessly deceptive.

Yet such is what synod has stated, at least with the issue of ecclesiastical office. Truth is in the eye of the beholder. Truth is up to the individual. Truth is a matter of the self, not a matter of the divine. Furthermore, truth is outside the grasp of the church; the best we can do is interpret the truth, and one’s interpretation is as good as another’s. It reminds one of the Kantian noumenon/phenomenon distinction: we cannot know things as they really are, but only as we think they are.

Such is not the perspective laid out by our Lord. He has promised us that by His SpInt He would lead us unto the truth (John 16:13). Were it not for this truth as found in Scripture we would not be able to discern pastorally, (2 Timothy 3:15, 16). Certainly we do not always walk in the truth as we ought, but this is different from an understanding that God has not revealed His truth to us in His Word. Were this revelation not so, there would be no definitive gospel to proclaim, no definitive Savior to trust, and no definitive Savior to trust, and no definitive Lord to whom we would owe a definitive allegiance and obedience. Everything would then be a matter of our own interpretation. But we know from Scripture that such an idea is simply not the truth.

Next month, the Lord willing, we will consider another statement indicative of confessional indifference.

Rev. Vermeer is pastor of the First Christian Reformed Church of Sheldon, IA.