Life (March 31), under the above title, editorializes on the pathetic state of American public school education. The editor tells us that the “progressives” have left us “a legacy of distended play facilities, substandard curricula and principals whose intellectual confusion can no longer be disguised by the compulsory smile on their faces.” How are we “to straighten out the debris left by 40 years of the progressive educationist”? “The problem underlying all our confusion is—to use words long out of favor in pedagogical circles—a matter of tradition and philosophy.”

Interestingly enough, the Saturday Evening Post (March 29) runs an editorial on the same subject entitled, “Don’t put Hobbles on Schools that Really Educate.” The POST editor, too, blames the progressives. Both editorials reject “adjustment education” presently permeating the educational scene. These editorials reflect public indignation and hysteria. As Americans we are often adolescent in meeting our problems. If we are not careful, history will record another “egregious case of throwing out the baby with the bath” as Dewey and his disciples did a few decades ago.

Ironically, this barrage of criticism leaves private and parochial schools untouched. Religiously oriented schools, considered by many a threat to democracy, are at present respected as institutions that have resined the torrential tides of “progressivism” which threaten to destroy intellectual discipline and erase tradition. Holland Christian High School is singled out by POST, TIME, and LIFE as such an institution. We congratulate Holland Christian High School on receiving national recognition as “a respected institution of impeccable academic standards.” It was not too long ago that Christian schools were considered immigrant carry-overs from continental Europe by those unable to “adjust” to American life.

This national recognition gives our Christian school system a wholesome sense of belongingness to the American educational scene. It may help dissolve the barriers to communication that some men have written about. Our father prayed that our schools might be a blessing to America. With public school education admittedly deficient and Christian schools referred to with high regard, should we not use this opportunity to explain what we think is the deeper problem in education?

As I see it, we are in a marvelous position to support our fellow Americans who are coming to see that one cannot educate and be neutral. As LIFE points out, the deeper problem is a philosophical one. Since one’s philosophy obviously cannot he neutral, is not the current interpretation of separation of church and state, as applied to education, untenable? Court decisions have declared the Bible a sectarian book. Such decisions make it weIl nigh impossible for public school administrators and teachers to implement a scripturally oriented philosophy of education. Such circumstances eventually compel public school education to set up “functional” and “adjustment” goals. John Keats in his book, Schools Without Scholars” (Houghton Mifflin: $3) says that many professional educators are life adjusters. If court rulings are to be bindings how can public school education legally go beyond the “how” to the “why” and “where” of education? The compulsory smile on their faces” may be a desperate smile of professional and economic survival. They must adjust to every wind of doctrine. 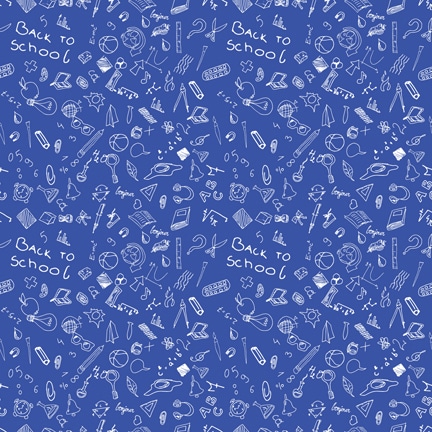 Americans must learn not only that neutrality is impossible but also that all education is religious. All education serves some god. To look to our Christian schools with high regard because they carry on a facts-and-mental discipline sort of education, as John Keats wants, does not discern their unique contribution. St. John’s at Annapolis has that same reputation. So have many other distinguished private schools in America. Our Christian schools exist to teach that all facts reveal the God of the Scriptural and that the mind we want to develop is one that disciplines itself to the Word. Americans who talk as if “religious education” is one thing and “education as such” it another thing ought to be challenged. To say that arithmetic is not peculiarly Christian is to say that it is an area that does not reflect the Creator of this universe. The fact that a pagan may be a more skillful mathematician than a Christian is not to the point. Solomon used superior pagan craftsmen to construct the Holy of Holies. But this in no way excused or diminished their idolatry. Neither did their employment erase, the fatal difference between them and God’s covenant people.

The deeper problem in American public school education involves it idolatry. When such idolatry grows, whether it be progressive or traditional, the end of our nation will be like that of all the Babylons of the past. If the national recognition which Holland Christian High School has received can be used to sensitize the American conscience to the fact that its education serves either “the kingdom of the world” or “the kingdom of our God,” we as Christian school proponents may serve our nation and God’s people as Mordecai and Esther did in their day. Ought we not to pray that God may so use us?