We date modern missionary activities from the days of William Carey in 1792. What tremendous differences there are between Christian missions of two centuries ago and our own times! In the period following the long religious wars, Europe was divided into Protestant and Roman Catholic areas. At that time, religious and commercial energies seemed to be released simultaneously. The Reformation and emergence from the Middle Ages had paved the way.

These new energies were directed to the expansion of the church’s work overseas and the opening of new areas for trade. The work of Gospel proclamation and the building of national churches in Asia and Africa coincided with the emergence of the empires of Great Britain, France, Belgium, The Netherlands, Germany, Portugal, and Spain.

This period of joint expansion slowly disappeared in the 1900s as, one by one, countries began to win their independence. The nations of India and Pakistan emerged in 1947, a result of the partition of British India. This was followed by the disappearance of the Dutch presence in the East Indies, giving the world one of its largest Muslim countries, Indonesia. The expulsion of the French from Indochina in the 1950s gave birth to Vietnam. The French and British colonies in Africa gained their independence in the sixties, followed by the emergence of independent countries in former Portuguese territories. Mapmakers were kept busy updating the names on their maps.

These changes had a strong impact on missionary plans and presence in Africa and Asia. But these were not the only changes. We can’t restrict our attention to the political factors alone. We must consider the great advances that were made in transportation, shortening the long sea voyages as speedier air travel developed. Likewise, communication by telegraph, telephone and radio altered the scene. Then shortwave transmissions made it possible to broadcast the Good News to distant areas of the world. Radios developed rapidly with the introduction of the transistor, making radio available to wider and wider audiences at reasonable prices. Now, finally, at the end of the Second Millennium, Internet has taken that one step further with its use of “audio” and the very real “World-Wide Web.” 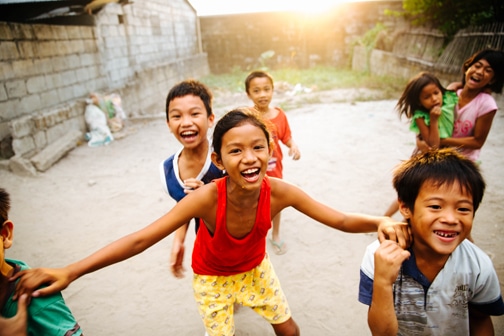 From Radio to E-mail

We can describe from our own experience the use of radio and the beginning of a daily Reformed ministry like Saatu’l Islah (The Hour of Reformation). This was a pioneer venture. It began in 1958 and has spanned over forty years of broadcasting the Good News to the Arabic-speaking world on a daily basis. We witnessed the benefit of the transistor radio, which made the Gospel available to the average person throughout the Arab world.

These radios could run on batteries and were thus easily transportable. Millions of Muslims heard the claims of Jesus Christ for the first time in their lives. Then advances were made in recording methods. Programs were recorded on reel-to-reel tape, then on cassettes, and finally on the mini-disk, which added long life and fidelity to both voice and music. What a potential for proclaiming and defending the Gospel!

Statistics that record the number of “hits” or visits on our webpage, safeplace.net/members/mer, tell us where people live who are making these “hits.” We find an astonishing list of countries in descending order of quantity. Some are countries which were not within hearing range of our various shortwave transmissions. To name some of the top countries on the list: Canada, Australia, United Kingdom, Singapore, Malaysia, Indonesia, The Netherlands, United Arab Emirates, Italy, South Africa, Germany, Finland, New Zealand, France, Sweden, Lebanon, Belgium, and of course, the bulk of them in either the U.S.A. or Europe.

A new demographic phenomenon has made its appearance since the end of World War II. Millions of Muslims and adherents of otherworld religions have migrated to Germany, The Netherlands, France, The United Kingdom, Belgium, Spain, the United States, and Canada. There is no longer a great difference between foreign missions and home missions. The entire world has come to our doorsteps, especially in the metropolitan areas of Western Europe and North America. The size of the Muslim population in America is estimated at six million at this time! One hopes that seminary courses on missions are keeping abreast of this development.

A great difference exists between the religious climate of our times and the situation that prevailed at the dawn of modem missions. Two centuries ago, strong and important doctrinal differences existed among the Christian communions that engaged in foreign missions. But they all agreed on the supremacy, uniqueness, and finality of the person and work of the Lord Jesus Christ.

That consensus no longer exists today. Various theologies of pluralism exist which advocate the equal validity of all religions. Those churches and agencies that have succumbed to these novel views carry on their “missionary” activities mainly in the areas of relief and development. Thus, there has been a necessity for the believing churches and agencies to separate themselves from those who simply bear a Christian name. Unless we subscribe to the apostolic declaration that was uttered by Peter in Acts 4:12, “There is no other name,” we cannot claim that our activities at home and abroad are genuinely Christian missions.

Study of World Religions a Necessity

The theological training of the ministers of the future must be strengthened by the addition of a basic course on world religions as essential in our study of systematic theology. Just as Christians, in the apostolic and post-apostolic age, had to present their message and defend it within a hostile pagan atmosphere, we must be equally prepared to meet the challenge of our times. This does not mean a lesser emphasis on the traditional Reformed study in theology. The works of Charles Hodge, Louis Berkhof and Herman Bavinck still are needed. An analysis of Calvin’s Institutes will never be outdated. These works are still very relevant to today’s situation.

However, something more is now required. We need to learn and understand the basic tenets and practices of the followers of world religions, many of whom have suddenly become our neighbors. Preachers today, especially in metropolitan areas, sooner or later will encounter parishioners who ask questions about Islam, Hinduism, or Buddhism. People are beginning to want some guidance on how to respond to their new Muslim neighbors or their friends whose children have married Muslims.

The foreign fields have come to our door. More and more American Muslims are finding a voice on public radio and television. We recently had a vivid example of this. A statement by a Muslim needed to be challenged on the spot. But who can do this without knowledge of 1,400 years of Islamic history? An Iraqi activist in Los Angeles was interviewed at length on Public Television regarding his view of the peace process in Israel and what he felt was a misconception over terrorists. He made the usual plea that terrorist activity within the Muslim structure is only the work of a small group of fanatics. This is similar to the frequent denunciation of the interpretation of “jihad” as meaning “holy war.” Spokespersons for Islam would have us believe that “jihad” means only a great striving for personal spiritual betterment.

One could have answered the Iraqi with a few questions: How about the untimely deaths of the first few caliphs in the 7th century at the very inception of Islam? Were they not murdered? How about the untimely and repulsive bloodletting in Iraq itself when members of the royal family were killed in July 1958 in a most ferocious manner? Followers of Islam are well aware of their history. We need to remember that Christianity survived and grew in an atmosphere of severe persecution. Not so Islam, which flourished by the sword.

Christians Today Need to be Informed

There is an urgent need for a change in our training of ministers to meet the challenge of world religions. Naturally this change cannot take place over night. We need to prepare for it. After a realistic assessment of our times, we must come to the conclusion that the people of God in the pews do require some specific guidance. They, more than the clergy, rub shoulders in the business world with Hindus, Muslims, and Buddhists. The cultural atmosphere that surrounds Christians today keeps on telling them that all faiths are equal. The time has come to be better informed about the faiths and allegiances of our new neighbors from overseas. Many of them, in order to survive culturally, are asserting the uniqueness and relevance of their religious traditions. They advertise their faith through media, public meetings, and the Internet.

The author of Hebrews affirms the superiority of our Lord Jesus Christ in the introduction to his letter: In the past God spoke to our forefathers through the prophets at many times and in various ways, but in these last days he has spoken to us by His Son, whom He appointed heir of all things, and through whom He made the universe. The Son is the radiance of God’s glory and the exact representation of His being, sustaining all things by His powerful word. After He had provided purification for sins, He sat down at the right hand ofthe majesty in heaven. So He became as much superior to the angels as the name He has inherited is superior to theirs (Hebrews 1:1–4 NIV).

In these words, the inspired author set forth his thesis about the superiority of our Lord, on the basis of His pre-existence, His involvement in Creation and providence, and the specific work He accomplished for the redemption of mankind.

Likewise, when we assert the uniqueness of Christianity we need to be aware that all other religions, even the theistic ones, teach an optimistic view of man’s present condition. They foster the vain hope that each human being can attain the goal of existence through his or her effort. The biblical concept of salvation, therefore, is entirely foreign to the followers of these religions.

With our complete trust in the supreme and final authority of the Word of God, and following in the footsteps of the church fathers and reformers of the church, let us pray that we may rise to the needs of the hour and prepare ourselves to proclaim the Christian message to all people. We should not neglect those who, in God’s providence, have left their homelands but not their traditions and have come to live among us. To love God above all, and our neighbors as ourselves, requires the sharing of the Good News with the followers of world religions.

Rev. Bassam M. Madany was Minister for Arabic Broadcasting at The Back to God Hour, 1956 to 1994. He and his wife, Shirley, continue to serve during retirement through Middle East Resources.