It is well known that the writers of the biblical books sometimes depended for their knowledge of facts on ordinary sources of information, such as public registers, official chronicles and journals, genealogical lists, and other documents. Some of the genealogies and historical data found in the Bible were undoubtedly copied verbatim from such sources. Matthew Henry, in his comments on the complex genealogies of I Chronicles 8 presumed that “Ezra took them as he found them in the books of the kings of Israel and Judah” and that “he copied them out as they came to his hand.”

SUCH SOURCES MENTIONED IN SCRIPTURE

II Chronicles 20:34 is a typical notation of the writer’s source: “And the rest of the affairs of Jehoshaphat. early and latter, behold, they are written along with the affairs of Jehu the son of Hanani, which are inscribed in the book of the kings of Israel” (translation is my own).

The frequent occurrence of such references indicates a rather large measure of reliance upon extra-canonical documents on the part of those who composed and wrote these books of the Bible. The use of non-inspired materials poses a problem for the Bible-believing Christian. The problem is brought to a focus in the question raised by Everett F. Harrison in Revelation and the Bible (C. F. H. Henry, ed., Baker Book House. 1958, p. 249): “Does inspiration require that a Biblical writer should be preserved from error in the use of sources?”

Our present concern with this question is occasioned by the Reverend George Stob’s view of the infallibility of the Bible as reported in TORCH AND TRUMPET, January, 1960. Mr. Stob’s argument is to the effect that since some of the historical data in Scripture are taken from non-inspired sources, we cannot regard these data as infallible. Support for this position was drawn by Mr. Stob from the writings of James Orr, Matthew Henry, and Everett F. Harrison. Since the quotations from these authors were given in full in our former article, it will suffice to indicate briefly their view, as follows: Inspiration does not lift the biblical writers above the need of dependence on documentary sources. Where sources of information fail or where there are omissions, blots, erasures, errors, or other defects, supernatural information is not given by inspiration to supply the lack or correct the defect or error.

The implication of this position is clear: The errors which corrupted the non-inspired sources were brought over into Scripture. The Bible is not infallible at those points where errors were copied from documentary sources.

What shall we say of this argument? Does the use of non-inspired materials by the writers of Scripture destroy the infallibility of their writings? It may readily be granted that the documents which they used as sources of information may have been corrupted by errors and defects, but does it necessarily follow that the Scriptures were corrupted by these same errors and defects?

Before venturing to answer these questions we would point out that the argument of Mr. Stob proceeds on grounds which are not compatible with Christian theism. The Christian who believes that the Scriptures are God’s Word cannot consistently hold that the Scriptures were originally corrupted by errors. To deny the truthfulness of God’s Word amounts to a denial of the truthfulness of God. Aside from this, however, the argument in question impresses us as a rather flimsy one since it is based on what amounts to nothing more than an opinion. What it comes down to is this: The Bible contains errors in historical details because it includes erroneaus historical data. This amounts to saying that the Bible contains errors because it contains errors. The point cannot be proved by chasing one’s tail logically, by assuming that the writers of the Bible copied errors. Such a procedure begs the question, since the conclusion is assumed to be true from the start. 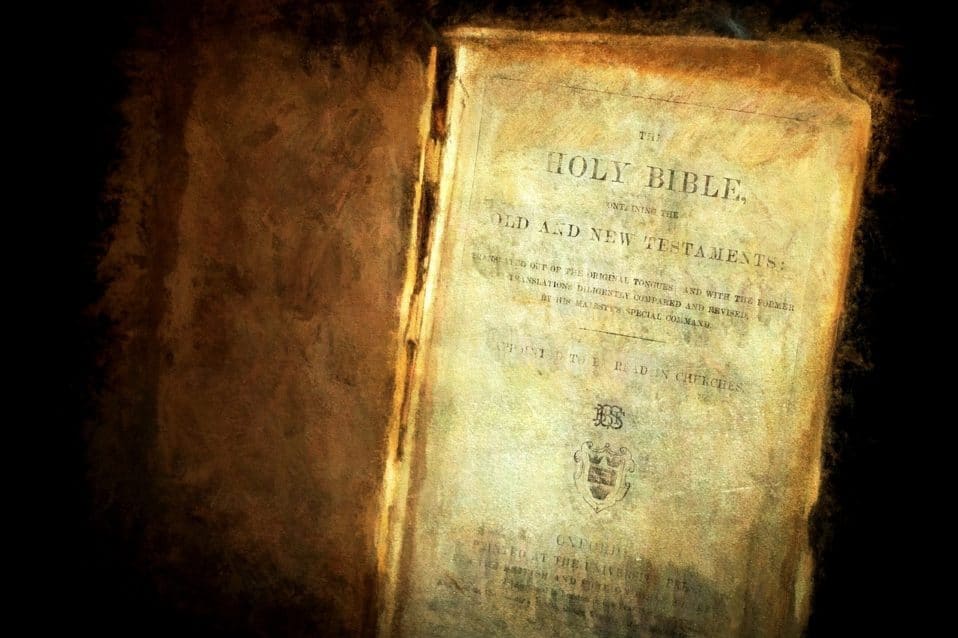 All argumentation, to be sure, proceeds on certain assumptions, but the only valid argumentation, from the viewpoint of Christian theism, presupposes God as the ultimate reference point for man’s interpretation of things (II Peter 1:20, 21). With reference to the present discussion this means that Cod has given an absolutely authoritative revelation and that. to be absolutely authoritative, this revelation must be true at every point. The least bit of falsehood inserted into the autographa would break the Scriptures as an authoritative revelation. Hence there are only two alternatives: either God speaks truth everywhere in Scripture or there is no authoritative revelation and therefore no true interpretation of things to be found anywhere.

Christian faith requires that we begin with the former proposition. We learn from Scripture that the Scriptures are God’s Word and then we say that the Scriptures are hue because they are God’s Word. If it be said that we reason in a circle no less than others we reply that we begin our argument with God. This way of reasoning is perfectly consistent with the Christian faith. Both faith and reason require that we presuppose that God is and that he speaks to us in the Bible. This is but another way of saying that Scripture as God’s Word must be self-authenticating; it must bear witness to its own divine origin.

If, on the contrary, we should predicate error of any part of Scripture, we should be rejecting thereby the testimony of God with respect to his own Word. That this is a very serious matter Dr. John Murray shows with compelling logic when he says,

“In the Old Testament we find a great deal of evidence that bears directly upon the divine character and authority of what is written. Much that is written by the prophets, for example, is, by introductory statements such as ‘Thus saith the Lord,’ asserted to be divine in origin, content and authority. In the most express way the divine seal is attached to what is written. Obviously, if error could be discovered in or predicated of any of the passages bearing this seal, then there are only two alternatives. The claim to be the Word of the Lord must be rejected or fallibility must be predicated of the divine utterance…The adoption of this (latter) alternative means the abandonment of the witness of Scripture as the basis of Christian doctrine. If the witness of Scripture is not accepted as the ground of the doctrine of Scripture, if it is not reliable in this department of doctrine, then by what right can its witness be pleaded as the authority in any department 0f truth” (The Infallible Word, p. 17)?

The question is whether the inspired writers of Scripture were kept from error when they used non-inspired sources of information. Our answer to this question will be consonant with supernatural Christianity only if it is in harmony with the testimony of Scripture as to its own divine origin.

The inspiration of Scripture as a whole requires that divine supervision was exercised in connection with the entire process by which the Word of God was inscripturated. If it be granted that the writers of Scripture were divinely guided in the actual composition of the autographa, then it can hardly be denied that they were led by the Holy Spirit also in their research and selection of trustworthy source materials.

Furthermore, the fact that the sources were non-inspired does not imply that the historical data which were taken from them were necessarily erroneous. James Orr, in the quotation to which reference has already been made, states that the sources used by certain Old Testament writers were “good” and “trustworthy” and that Luke composed his gospel by means of “accurate research”; but then Dr. Orr inconsistently supposes that numerous errors corrupted these good and trustworthy documents and that these defects were transcribed into Scripture. Matthew Henry takes the same position, but adds that the defects which make the genealogies obscure to us were “plain and easy to them then (who knew how to fill up the deficiencies).” (See complete quotations in January issue of TORCH AND TRUMPET.) If these matters were “plain and easy” to the inspired writers there is no reason to suppose that they could not have recognized and corrected any mistakes which would render the inscripturated Word unreliable.

Before we draw hasty conclusions about the original manuscripts of the Old Testament we must take into consideration the critical problem of the extent to which our present Old Testament text has been corrupted by alterations and errors made by scribes in their copy work. This problem is the more critical because our present text is far removed from the autographa. In fact, no extant Old Testament manuscript is older than the 10th century A.D. except a minor papyrus (A.D. 150) containing the Decalogue and the text of Deuteronomy 6:4, and the recently discovered Dead Sea Scroll contain· ing the entire text of Isaiah, dating from the 2nd century B.C. A few other manuscripts of the biblical text were also found among the Dead Sea Scrolls, but we have not yet learned all the results of a critical study of them.

We do not deny that there are numerous and very perplexing difficulties in the genealogies and historical passages of the Bible. Many of the difficulties, having been studied in the light of all the avail· able facts bearing on them, have yielded to explanation and harmonization. Some remain unresolved because all the facts are not known. H all the facts were known in each instance, the solution to the remaining problems would also be apparent. Meanwhile, it seems best and in keeping with the nature of Christianity to accept the testimony of Scripture that God’s Word is truth. To proclaim dogmatically the presence of error in the Bible is to arrogate to oneself a wealth of knowledge which one does not actually possess. Many of the relationships in the ancient genealogies are unknown, the methods of reckoning are often intricate, and the family histories are obscure. How, then, can we speak with such positiveness concerning these things that we can infallibly point out what is error and what is not?