Recently Ted Koppel, TV reporter for ABC news, announced that he was leaving the Republican National Convention and probably would not attend the Democratic Convention because they had become staged media events. It was hard to find an interesting story since everyone was parroting the party line. Since the candidates had been selected well in advance by the primaries, party conventions have deteriorated into political coronations. The media which had formerly manipulated the conventions for their news machines are now being skillfully manipulated by the political parties to get their message across via the media. Ted Koppel, for one, is unhappy with this role reversal.

In reflecting on this it seems to me that an interesting parallel is taking place in the synodical meetings of the CRC. In the last two years a number of decisions have been made, which taken collectively, mark a significant shift in the way synod will conduct the business of the churches. The first is a 1995 decision that the delegates to synod may no longer submit nominations from the floor for positions that must be approved by the synod. For the synod to give up a right that it had possessed for decades, the right to nominate from the floor, is a betrayal of the classes and the churches it represents. Synod did not necessarily have to exercise that right, but to surrender it without a whimper reflects a kind of powerlessness that bodes ill for the future. Second, recent synods have quiescently accepted single nominations presented by carefully chosen but unknown nominating committees. This was the case with the editorship of The Banner and also with the presidency of Calvin College. Third, synods will no longer periodically reassess whether or not certain employees may continue in their positions. Formerly, someone like the editor of The Banner would be given a two-year appointment and then his job performance would be reassessed by synod every four years. This task has now been turned over to the boards of the respective agencies. Synod has been effectively frozen out of the appointment and the reappointment process. 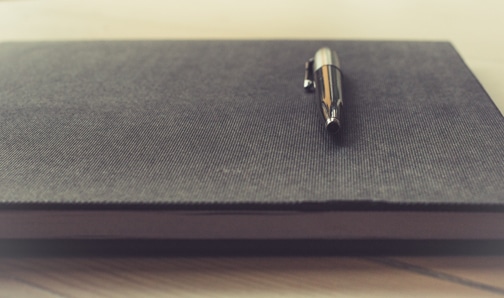 This management of synod has been most flagrantly demonstrated in the fact that there is presently a five-year moratorium on overtures regarding women in ecclesiastical office. Synod is a deliberative body. Article 29 of the Church Order states that “Decisions of ecclesiastical assemblies shall be reached only upon due consideration.” Article 30 reads, “Assemblies and church members may appeal to the assembly next in order if they believe…that a decision conflicts with the Word of God.”

The deliberative nature of synod has been Significantly altered by cutting off avenues of appeal. If one is bent on changing Article 3 of the Church Order and declaring the word male “inoperative,” it may become a bit tiresome hearing the overwhelming Scriptural evidence against this year after year. So we choose not to talk about it any longer. We do not even agree to disagree. We enforce an illegitimate silence in the assemblies of the church as if this will promote unity. But the Word of God doesn’t change. Closing our eyes to sin doesn’t make it disappear.

A new pressure that will be brought to bear on our broadest ecclesiastical assembly is the constraint of time. Next year synod will meet for one week instead of two. This will greatly reduce the opportunity for sustained discussion and deliberation on any matter on the agenda. As a result more and more matters will be referred to boards or committees and synod will increasingly become nothing more than a rubber stamp for decisions that will be made elsewhere in smaller select groups.

This trend can also be seen in classical meetings. Last year a conference was held in Estes Park, Colorado sponsored by Home Missions and CRWRC. One of the objectives of the conference was to have classis meetings become more positive and less theological or issue-oriented. Classis should be a forum where the various ecclesiastical agencies could keep the churches informed about their various programs. This used to be accomplished by classically elected representatives of the various boards or agencies. The trend is to reduce the size of the boards and have area representation so nominees from a classis must be approved before their names can be placed in nomination. This is true of the Calvin Board, and the Board of Trustees of the denomination, which is assuming a significant amount of denominational power. The latter is, if not self-perpetuating, at least, hand-picked. Any classical nominee who might hold divergent views would be quickly weeded out in the nominating process.

In the Reformed tradition, ecclesiastical assemblies, the consistory, the classis and the synod were considered to be deliberative in nature. By common consensus it was acknowledged that this was the means by which the Lord governs His church. Deliberation involves discussion, disagreement and debate.

Sometimes it’s heated, sometimes it wanders from the issues and appears a bit unruly, but that is the nature of deliberation. Unfortunately, there is a trend to denigrate synod, and to some extent the classis, to the status of an “infomercial” for the boards and agendas of the denomination. They will no longer be places of deliberation but sources of well managed information ostensibly designed to promote unity while ignoring theology. The consequence will be that they will become as irrelevant as our political party conventions where the results have already been predetermined by the primaries. Maybe it makes good media and good press, but it does not advance discussion, discourse or debate. Such trends are not good for our nation, nor are they good for the church.